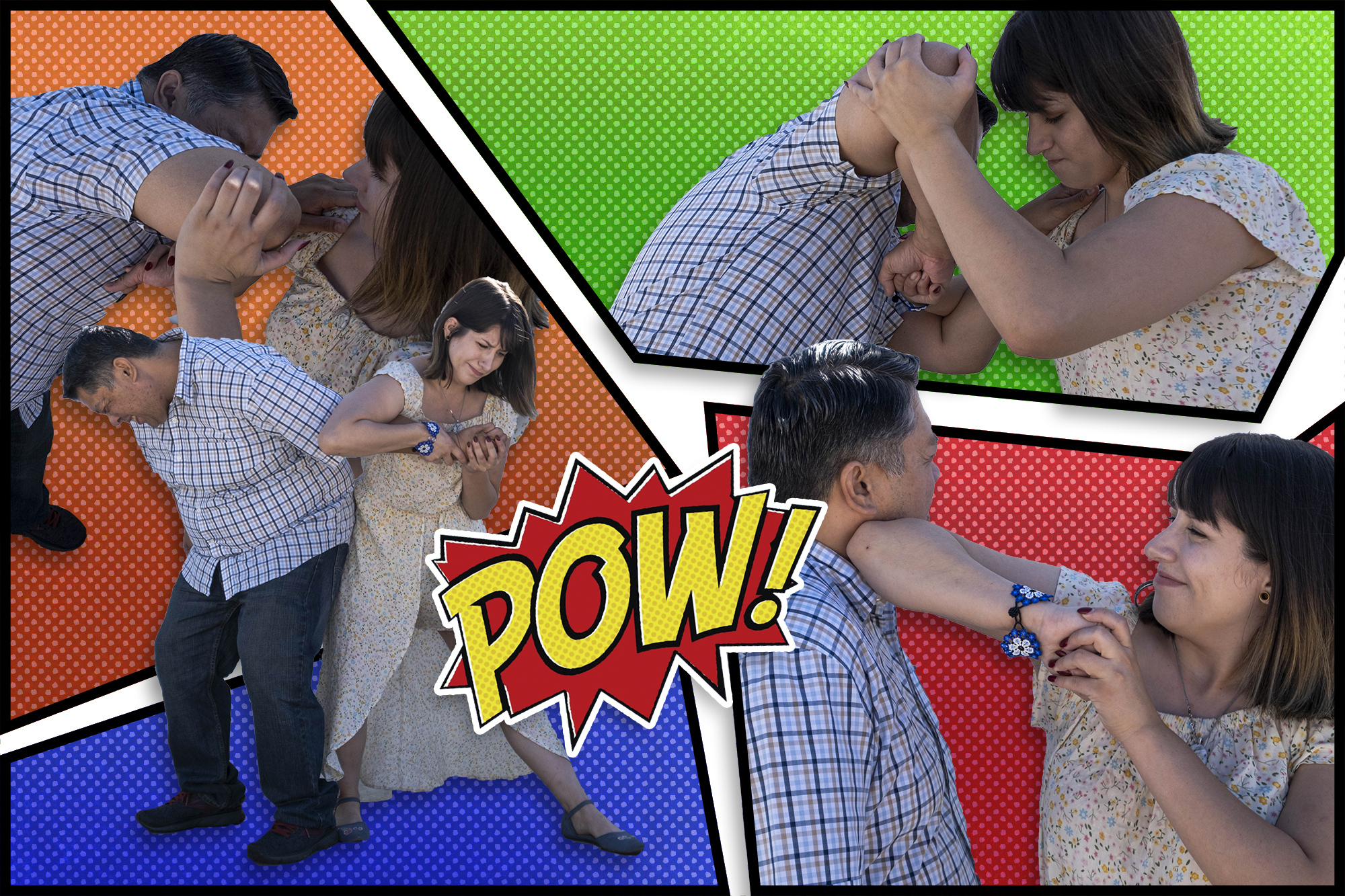 The Los Angeles County Sheriff’s Department reported between 2015 and 2017 there were three reported sexual assaults on the Pierce College Campus.

Because of situations like those, Spice Williams-Crosby and Jennifer Silverstein have taken it upon themselves to teach women how to defend themselves.

Williams-Crosby, an actress, stuntwoman, and martial artist, and Silverstein, who was formerly in the Israeli military, created the I Fight For My Life seminars after noticing a high demand for women to learn self defense.

“We started our own classes, free, for women at the house of champions in Van Nuys, California,” Said Williams-Crosby, “It was just like a one hour class, once a week and the demand just got greater and greater and greater until we decided to put together a whole 5 hour seminar for a Sunday.”

The seminar covers various self defense tactics and simulates possible situations a victim of a sexual assault might go through. Silverstein says that 10 years old is the youngest they’d be willing to teach because of the mature subject matter but shares when she thinks it is a must for a woman to learn.

“Definitely preteens, teenagers, it’s a must. It’s a must,” said Silverstein.

Despite having a focus on women, the seminar is open to anyone who wishes to learn. They will also teach different ways of self defense to match the student’s needs.

“It’s open to men and women or whatever you want to label yourself as,” Silverstein says, “We don’t discriminate.”

Apart from helping women physically, Williams-Crosby and Silverstein want to help eliminate the feeling of being a victim from women.

Lupita Martinez, a licensed marriage and family therapist for Therapy of the Sun, says that victims of sexual assault expirience mistrust.

“You see a lot of individuals who are exposed to sexual harrasment or rape or any sort of physical or emotional harrasment tend to be very suspicious of others,” said Martinez.

Martinez adds victims of any form of sexual assault may expirience symptoms similar to those exposed to Post Traumatic Stress Disorder. The symptoms she mentions are hyperawareness, hypervigilance, suspicion, or nightmares.

Martinez recommends for victims to try relaxation exercises when they are feeling uneasy.

“You want to be able to do a guided meditation,” says Martinez, “We also have progessive muscle relaxation or even just utilizing mindfulness where you’re just focus on the present moment like what you see, what you hear, what you smell, what you taste, and what you touch.”

For victims who are not ready to get help, or want someone to talk to, Martinez recommends using the National Suicide Prevention Hotline, the Crisis Textline, or the National Sexual Assault Telephone Hotline provided by RAINN.org. Martinez says the services aren’t limited to one type of situation.

Staying off the phone, keeping keys in hand, and checking the inside of the car were the main tips given. They also stressed to keep aware.

“Be aware and be prepared,” said Silverstein.

The next I Fight For My Life seminar with be on Sunday, October 13, at 11 a.m. at the House of Champions Academy of Martial Arts.