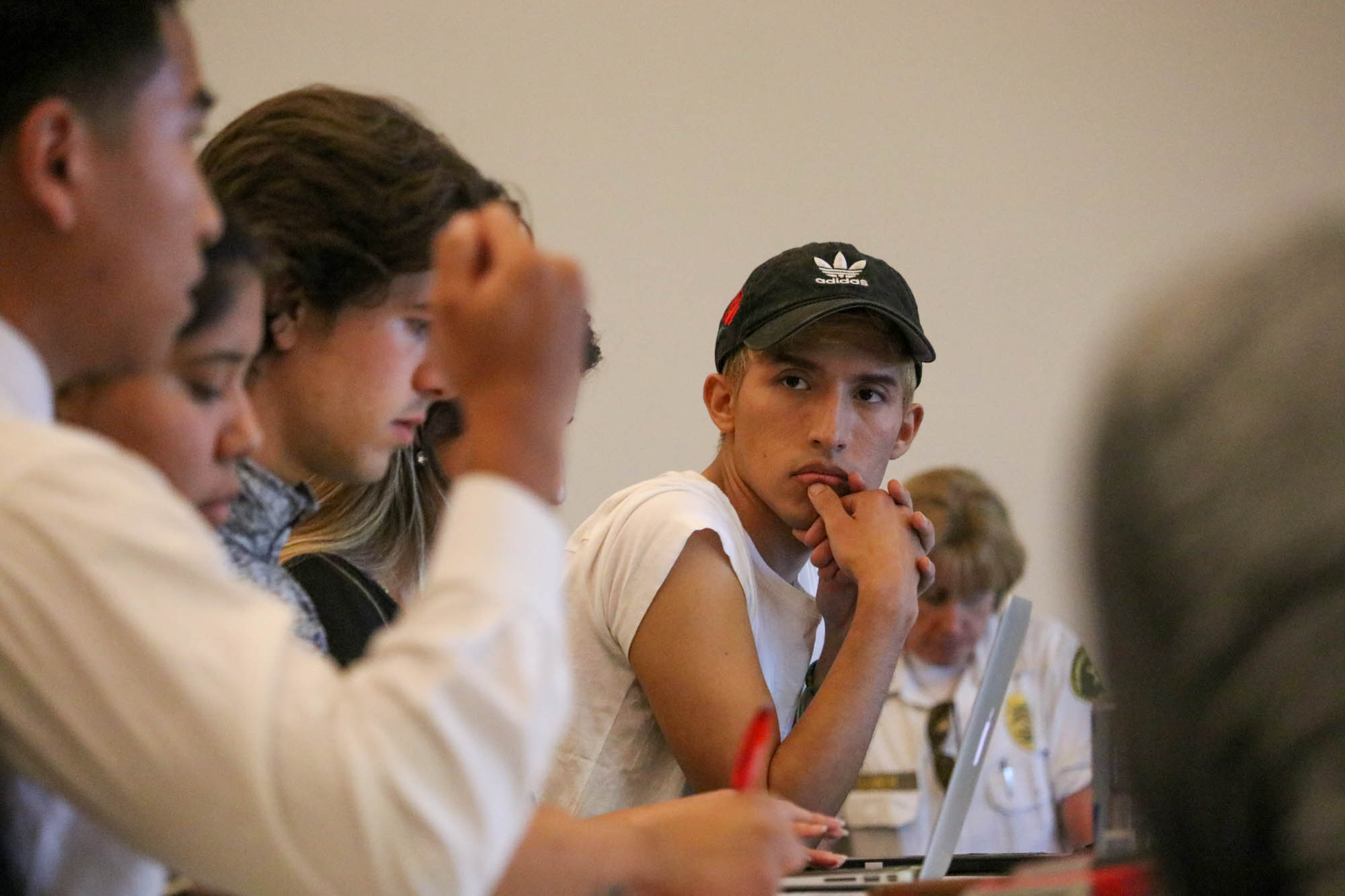 The Associated Students Organization (ASO) President Angel Orellana was impeached after a two-hour trial conducted by the ASO Senate on Tuesday, Oct. 1.

“I made it very clear to [Orellana] that applications are not allowed to leave the senate because of the confidential information that is in the applications,” said Wong.

Orellana admitted to taking the documents but said that it was an unintentional mistake.

“I wasn’t aware of the protocols. I just didn’t put them back inside [Wong’s] office.” Orellana said.  “[But] your information was never in danger. There was a misunderstanding on my end, but the situation has been resolved. The applications are back [in the office.]”

The Executive Board also accused Orellana of missing 11 mandatory meetings.

Le said that Orellana did not show up to any of the finance meetings, which are held every Wednesday.

“Not once has [Orellana] ever attended the finance meetings. Which, quite frankly, is violating our bylaws because it is mandatory that the ASO president attends these meetings,” said Le.

Orellana said that personal issues kept them from attending several meetings. Orellana also said that they accidentally went to the wrong meeting one time and that other meetings had been canceled.

“The SAC meetings were effectively canceled,” Orellana said. “How can I go to a meeting that was canceled?”

Orellana said that the mistakes they made did not warrant impeachment, and accused ASO senators of wanting to get rid of them due to personal rather than professional reasons.

“[The impeachment hearing] is a political ploy to regain their power and hand over the president’s seat to one of their allies and friends here,” said Orellana. “By stealing the seat, they can give it to anyone on the senate and rob the school of representation.”

Orellana was impeached in an 8-1 majority vote by the ASO Senate.

Dean of Student Engagement Juan Carlos said that the ASO Vice President will likely become the next president.