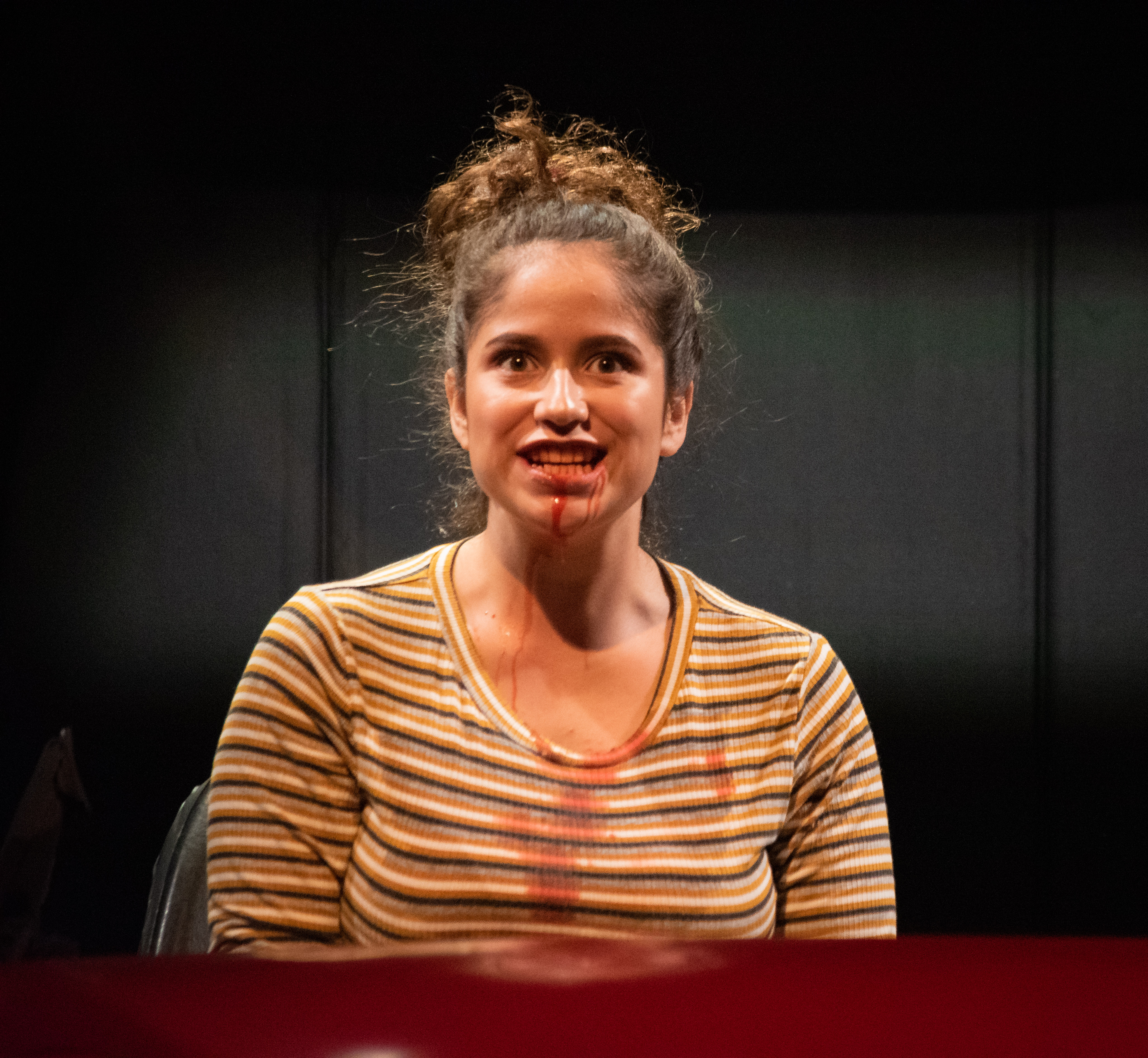 Urban legends of murderers and kidnappers on the loose are frightening stories to share around a campfire, but they’re also cautionary tales that warn about the importance of safety.

The Los Angeles Pierce College Theatre is tackling this subject by opening their 2019-20 season with the slasher-comedy play “Hookman,” written by Lauren Yee.

Set in the contemporary age of social media, Lexi (Alexa Maris) is a 17-year-old Californian who decides to study out of state at the University of Connecticut (UConn) for her freshman year.

When Lexi returns to California during school break, she and her childhood friend Jess (Loida Navas) drive to a midnight screening to watch a movie. Their plans abruptly change when they get in a car crash and Jess dies, but did the crash actually cause Jess’ death?

Now, Lexi believes a serial killer that an urban legend calls Hookman is stalking not just her, but also her indifferent roommate Yoonji (JJ Javier) and others at UConn.

“I thought it said so many smart things about our modern culture and college campus culture,” Director Shaheen Vaaz said. “It’s current. It’s fresh. How fun to do something scary for Halloween.”

Opening night is on Oct. 18 at the Dow Arena Theatre on campus. Performances continue through the final show on Oct. 27. Tickets are $15 for students from any school with a valid student ID. Senior citizens who are 62 years old or older pay $18, and general admission pay $23.

Tickets are available to purchase at the box office, which is open one hour before each show and online at brownpapertickets.com, with an additional service fee. Refunds are accepted if the play gets cancelled.

Runtime for the play is expected to be an hour and 25 minutes without an intermission. On Fridays and Saturdays, the performance starts at 8 p.m., and on Sundays it starts at 2 p.m. Late seating is not allowed. Seats are first come, first serve. Free parking at the Performing Arts Parking Lot is included.

“I think the play itself says a lot about things that we ignore in society, especially as an adolescent female in college,” Navas said. “It’s really eye opening to see that in this play and I think it’s great for the audience to see all of that.”

Vaaz said “Hookman” is the first play LAPC Theatre has produced in terms of genre.

“There are immersive risks we’re taking by throwing our audience right into it and wanting to actually scare them and have them viscerally feel what’s going on in Lexi’s head,” Vaaz said.

These risks include a moving red Volkswagen Beetle car on center stage. The seats are arranged differently than prior shows so that certain sections are closer to the stage. Some seats will have speakers underneath them for surround sound. There are also elements of snow and blood throughout the play.

“The blood is very interesting because we have to track it like, ‘This person is bleeding here.’ It’s really messy but it’s super fun,” Maris said. “I’m assuming it’ll be different every night.”

Michael Gend, the Performing Arts Department Chair, designed the lighting and scenery of the set.

“It’s much like a horror movie. It’s short, quick and there’s a lot of adrenaline going on,” Gend said. “The students that are performing on the show are incredibly talented. They’re the real reason to come and see the show.”

For further information on “Hookman” or to buy tickets via phone, call the Performing Arts department at 818-719-6488.