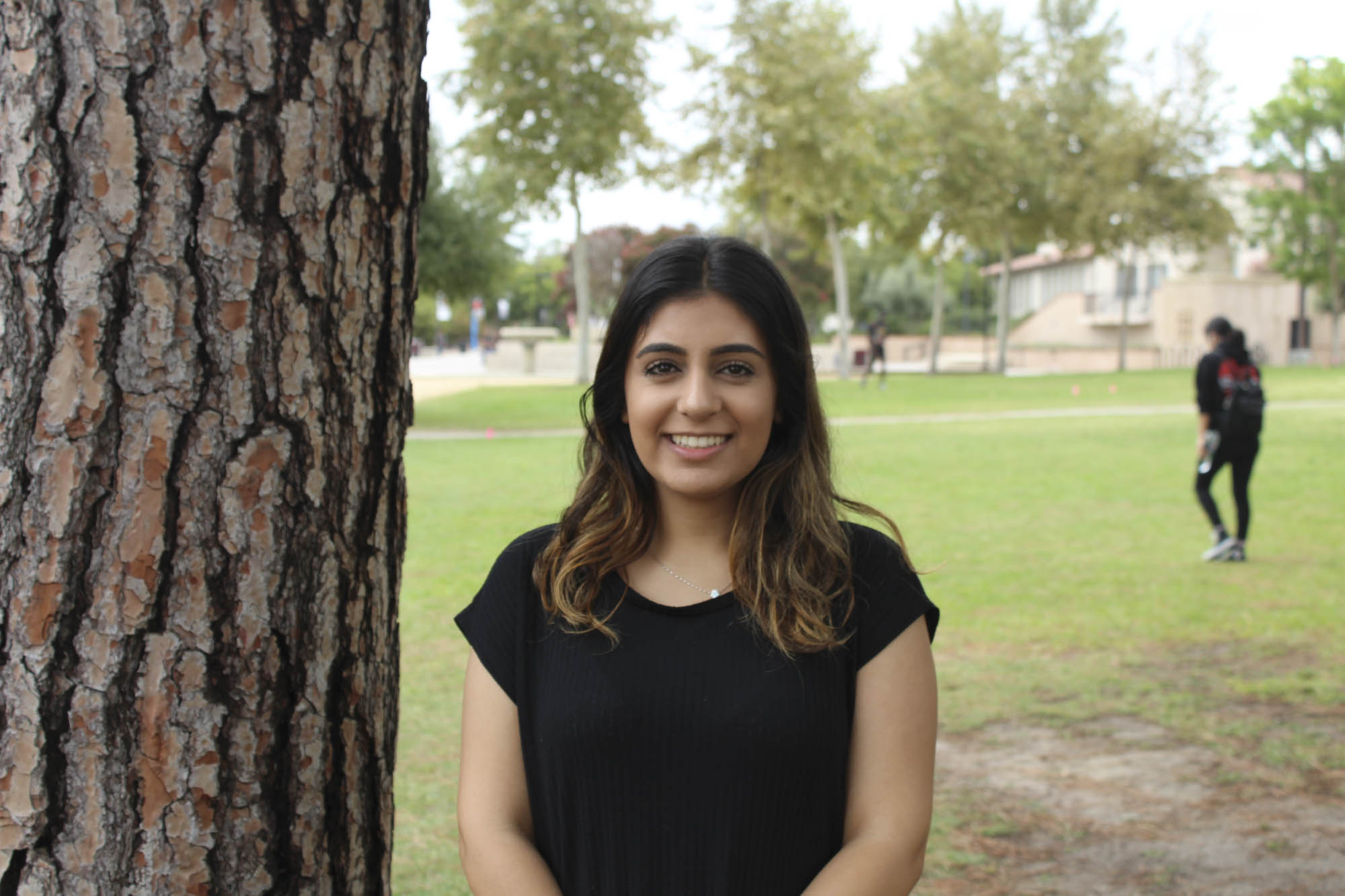 If Gabby Mahgerefteh wasn’t late to her Bio-Psych class last year, it’s possible that she would have never joined the club that would play an integral part of her life on campus.

Mahgerefteh was headed late to class when she walked by the booth. She couldn’t help but notice that the club was in need of some assistance.

“I was walking by the booth and the vice president was just standing there alone and she’s like, can you help? Can you help me?” Mahgerefteh said.

After putting her class aside and deciding to help out with the booth, it soon dawned on Mahgerefteh that there was more that needed to be done.

“I almost skipped class just to help them, but at that point, I realized they don’t have anyone, they need a president,” Mahgerefteh said.

Later, Mahgerefteh sat with the head organizer and offered herself. She let them know that she was there for them. The club would be known as Chabad at Pierce, which was made to help create a community for Jewish students at Pierce and also serve to educate the student community about the Jewish religion and culture. Mahgerefteh said religion plays a major role in her life.

“Religion, to me, is my entire life,” Mahgerefteh said. “I feel like my religion revolves around my life,” said Mahgerefteh.

Chabad, being an anagram for Wisdom, Knowledge and Understanding in Hebrew, is also one of the largest movements in Judaism, having its origins go as far back as 1775.

Chabad Vice-President, Sepide Lavian, said Mahgerefteh’s role is to help organize events, appoint club members their jobs, and to help everyone stay on track. She said Mahgerefteh’s involvement in the meetings has helped with their events.

“A lot of our events and meetings are off-campus, like at a rabbi’s house, because we are a Jewish based club, so she does help us with that,” Lavian said.

To Lavian, Mahgerefteh is a breath of fresh air. Lavian said the former president wasn’t as involved as Mahgerefteh. She said Mahgerefteh has lived up to the role of president.

“At first it was a different president and he didn’t do the job. He didn’t come to the meetings all the time and he didn’t join us at club rush. So, she’s very committed,” said Lavian.

Former Secretary David Kashanirokh said he only worked with her for a year, but she was good at the job.

“She was a great leader because honestly, she kept us on top of our responsibilities. It’s very hard to do and it’s a hard job,” said Kashanirokh.

Kashanirokh elaborated that it’s difficult to get everyone to go to the meetings, but Mahgerefteh would make sure everyone would show up. Kashanirokh also said Mahgerefteh was involved in everything that had to do with the club.

“She figured out how to organize it and orchestrate everything. She was part of every part of the club. Every aspect. Her and the vice president were essential to the success of Chabad at Pierce,” said Kashanirokh.

The average college student has enough tackle on a normal day to day basis. They have classes to attend, homework to do, and most have jobs they have to head to right after class, but Mahgerefteh has to manage her life as a student and her life as a president for Chabad at Pierce.

Kashanirokh said Mahgerefteh has remained consistent as the Chabad president. He said most members struggle with position of presidency.

“A lot of the time the person can’t really handle being president because it’s a lot of responsibility,” said Kashanirokh. “That’s why I would never want to take that position.”

Mahgerefteh has plans for the future of Chabad at Pierce. She hopes that she’ll be able to increase the attendance to the club soon.

“I’d like to keep growing the Chabad because it’s still small. Our marketing could be a lot better.” said Mahgerefteh.

For students interested in getting involved, Mahgerefteh said the board is limited, but that anyone can attend the events held by the Chabad which are situated off-campus.

“We go for Jews, but we’ve had non-Jews come as well. We’re very inclusive to everyone,” said Mahgerefteh.

Mahgerefteh believes a student should feel encouraged to find out more about their beliefs and join its community.

“If you have a religion and you’re trying to figure it out, there’s a life on campus for your religion you should go for it,” said Mahgerefteh.