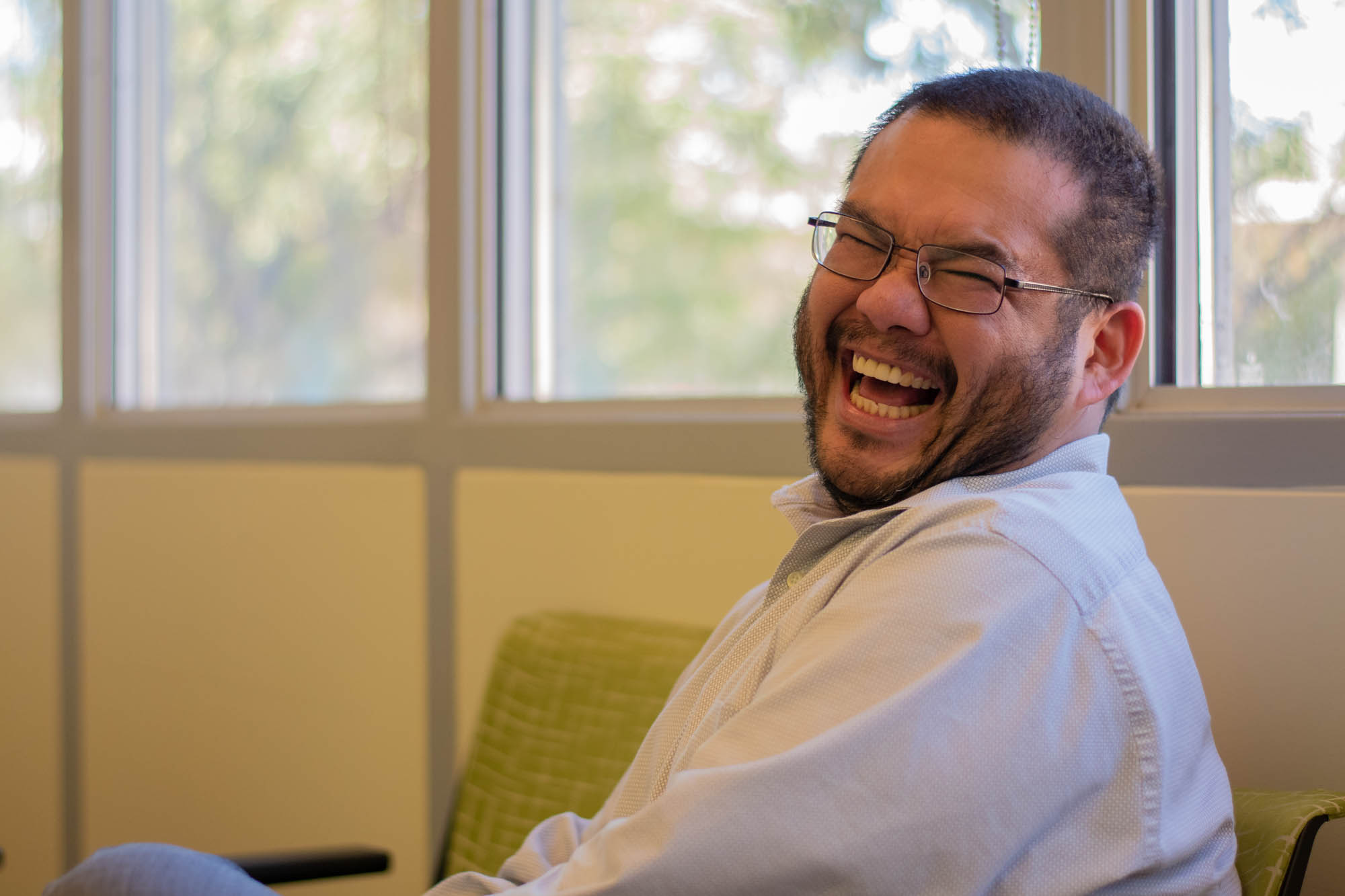 When the new president of Pierce Alexis Montevirgen first started strolling across the campus to introduce himself to faculty and students, most responded by asking where the president’s office was located.

To familiarize the campus to his office in Alder 1019, Montevirgen initiated coffee with the president events where any member of the Pierce community could drop by to have a conversation. The first three were held last week.

“I wanted to provide this environment where it’s more casual and informal where you don’t have to be a member of the senate in order to approach the president,” Montevirgen said. “I refer to it as there’s plenty of the loud voices but I want to make sure I provide an opportunity for every voice, even the not so loud voice to also have an opportunity to be validated, to be heard, to be acknowledged.”

Koani says she hasn’t seen presidents open up their office to the general public during her year and a half as an assistant, except for Montevirgen.

“I haven’t seen this type of interaction before in the president’s office where people can actually come in and sit with the president on a walk in basis,” Koani said. “I think it’s very nice to have that communication and access available to everyone on the campus.”

Professors and students who attended were open to bring up whichever topic at the round table in Montevirgen’s green-walled office, like getting more charging stations on campus for electric cars.

Ronald Smetzer, part-time professor of industrial technology, only teaches on Saturday but drove 30 miles from his home in Newbury Park to talk to President Montevirgen on Oct. 22.

According to Smetzer, the Industrial Technology department received two metal cutting machines estimated at $40,000 each during the summer. A request was submitted to Plant Facilities for the machines to be plugged in by an electrician in August, three weeks before the start of the fall semester. Now entering the 10th week of the semester, the machines continue to be unplugged.

“The power is right there. An electrician just needs to come in and hook them up and they haven’t done it,” Smetzer said. “It’s embarrassing that students ask, ‘When are you going to hook that up.’ It’s bad PR.”

Smetzer has taught full-time at Pierce for 36 years before retiring a few years ago. He said he has experienced similar situations during his career that were left unresolved until somebody at a higher level intervened. Since finding out about the coffee with the president event online, Smetzer decided to bring the machine issue to President Montevirgen.

After listening to the concern, Montevirgen said he didn’t think he’d “ever have an opportunity to interact or hear” from Smetzer had it not been for the event.

In a separate interview, Smetzer said Plant Facilities, also known as Facilities Maintenance and Operations, “prioritize their work schedule and if there’s a fire somewhere, they put the fire out but this is becoming a fire.”

Facilities Maintenance and Operations has not responded with a comment.

Montevirgen plans on hosting future coffee with the president events but they will be arranged when his schedule permits and when he feels specific topics need to be discussed as a campus.

“What’s important is to continue to be consistent, continue to be authentic, and hopefully in time folks will see and come to realize that I am here to listen,” Montevirgen said. “Not just to listen but also then to move the institution forward in a direction that will allow us to continue to best meet the needs of our students because ultimately at the end of the day, that’s my ultimate goal.”