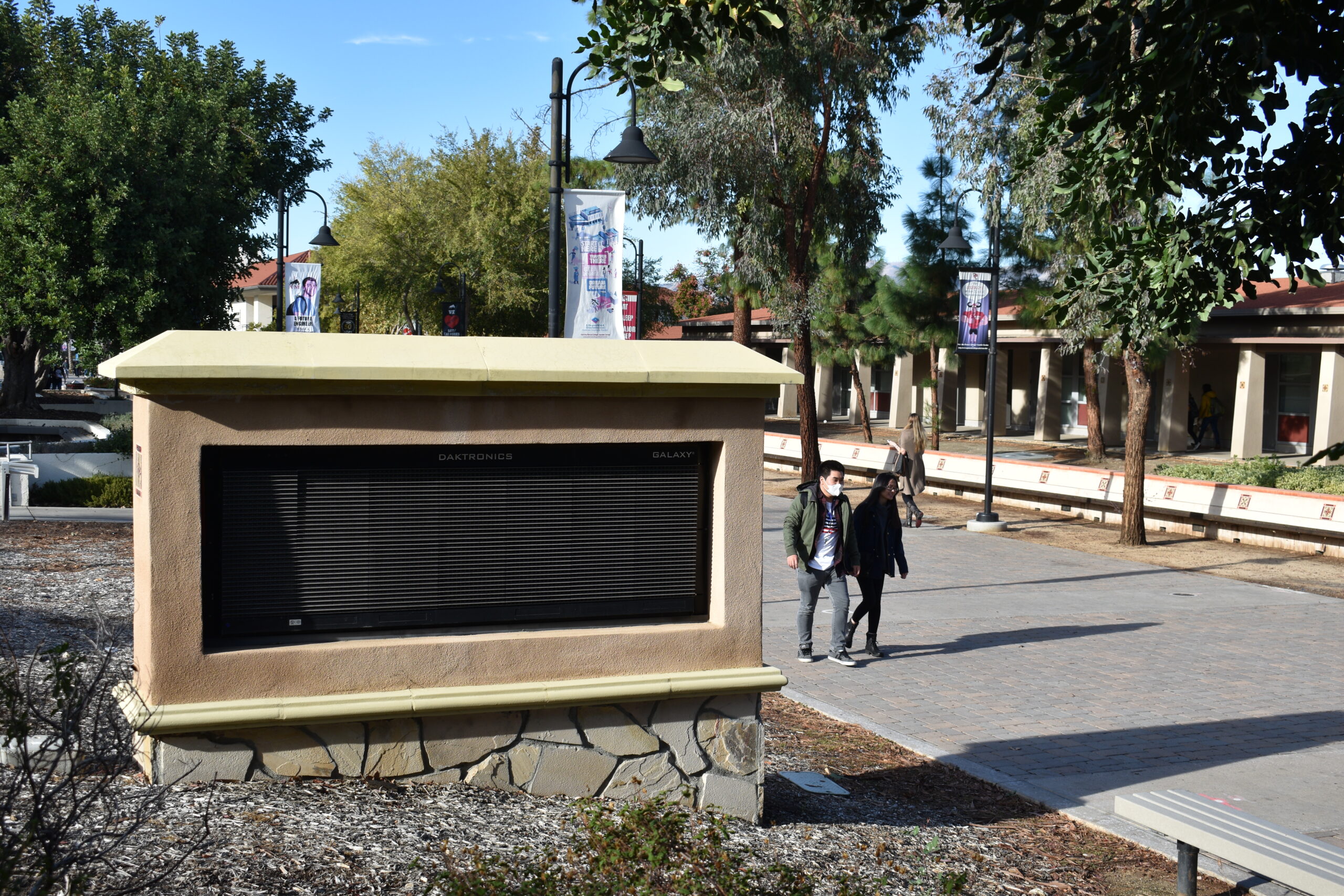 Originally designed as a way for the Associated Students Organization (ASO) to inform people of events and other information, the marquee in front of the Great Hall has been off for nearly four years.

The Roundup also reported the sign was displaying outdated information before it was completely shut off.

Information Technology manager Mark Henderson said it is not working properly because a physical connectivity to the marquee was severed.

“There is a bond project that will re-route the connection to a closer point. That project has not begun yet,” Henderson said in an email. “Then the software will be loaded onto the desktop of whichever functional group will be responsible for the sign.”

A request to have it fixed was previously submitted but other projects took priority over it, according to the Roundup’s story.

Alexis Montevirgen, who took over as Pierce’s president in July 2019, said he was unaware the marquee didn’t work.