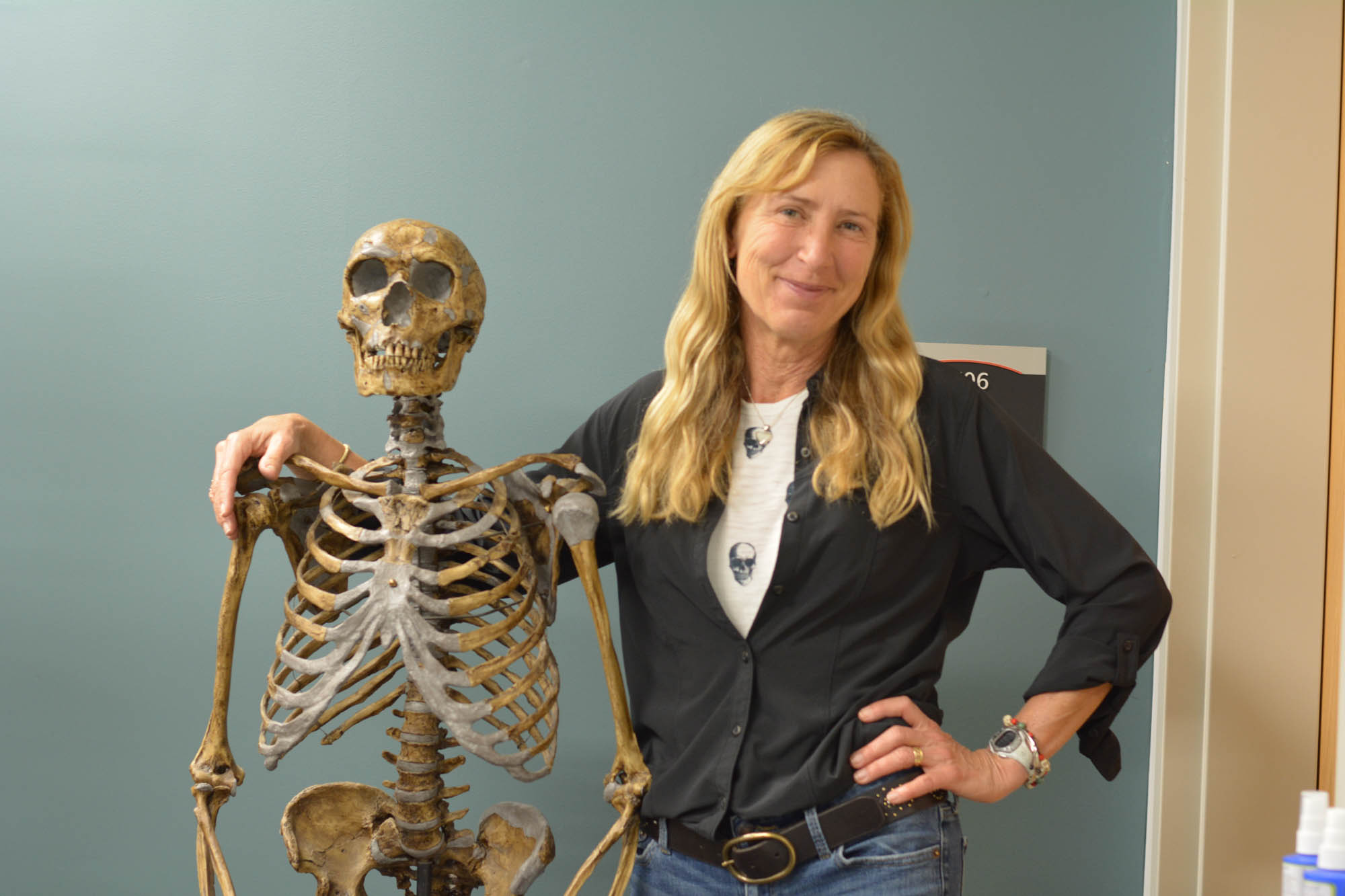 Angela Kirwin could hear nothing but screaming and the sound of crashing leaves as an elephant carrying her 4-year-old daughter charged into the forest.

The elephant was found and she was reunited with her daughter, but it wasn’t the only near-death experience she underwent during that trip to Thailand in 2004.

Kirwin, an anthropology professor at Pierce, and her family were in Thailand during the Sumatra-Adaman tsunami that killed over 230,000 people.

“We saw some footage that a person took with their phone that showed the waves completely destroyed the resort and showed the arms and legs of dead people sticking out of the ground,” Kirwin said. “Everyone at the resort had died.”

Kirwin and her family were stranded in Thailand for over a week. She and her husband decided to help people who lost their homes along the coast by delivering water and food. They also helped nurses direct people to their embassies.

“They lost everything and many of them only had the hospital gown and the bathing suit they came in because they were on the beach when the waves hit,” Kirwin said. “Each family had lost a loved one.”

Kirwin helped the Lindemann family from Stockholm and said the mother looked like her.

“We’re about the same age, and she lost her one year old and the hardest thing was to see somebody that looks just like you who just lost a family member,” said Kirwin.

This event inspired Kirwin and her husband to create a non-profit organization called Kirwin International Relief Foundation to help anyone affected by a natural disaster.

“I think being able to help people so profoundly directly gave us the courage to start a 501c3 charity because we learned how to do it by doing it,” said Kirwin.

Kirwin also raised funds to buy $500 gift cards to give to families who lost their homes and didn’t have renter’s insurance in the Thomas Fire.

Kirwin’s first-hand experience in helping others in the 2004 tsunami was one of the reasons she wanted to go into anthropology. The second reason was having the opportunity to intern for Jane Goodall, a respected primatologist and anthropologist.

“I felt that I could do so much more with my life than just working for money and wanted to do more with my limited time on this planet,” said Kirwin.

Patagonia had an internship where they would pay employees for 3 months to volunteer for an environmental non-profit. Kirwan took advantage of this opportunity and applied as an intern for Goodall.

“I was surprised that they accepted me as an intern because I am just a 40-year-old suburban mom and didn’t have an Ivy League education,” said Kirwin. “I thought I was too old so when they accepted I felt it was a great affirmation that anyone can make a difference.”

Kirwin said she wanted to emulate how Goodall remained positive despite being forced to work with dictators and “self-aggrandizing politicians.”

Goodall inspired Kirwin to get her master’s degree in teaching because she realized how teaching is a powerful tool.

“When Jane talked to me, she made me feel at the center of attention and super important,” Kirwin said. “So when I teach I really try to make my students feel the same way as Jane Goodall made me feel.”

Matthew Lum, a freshman student in Kirwin’s class, said Kirwin is like a “mother figure” to the classroom.

“Her teaching style is engaging and she relates it to other social issues,” Lum said. “Whereas other professors just teach you from the textbook, she tries to get you to explore the fundamental deeper meaning behind science and you can see how passionate she is.”

“We are really lucky to have her because we have a heavy course load and it’s getting heavier each year,” said Pierson. “So the fact that she’s around and a competent good teacher, I feel comfortable in giving her classes.”

Erin Hayes, assistant professor and anthropology department chair, said Kirwin defies expectations because of how dedicated she is to the department.

“She really makes an effort to come to be involved in our meetings,” said Hayes. “She really tries to promote that teachers work together, and so when thinking about her, the word ‘collegial’ comes to mind.”

Kirwin’s life experiences, from seeing the effects of a natural disaster firsthand to the positive influence of Jane Goodall, led her to dedicate her life to create a difference in humanity through teaching Anthropology to students.