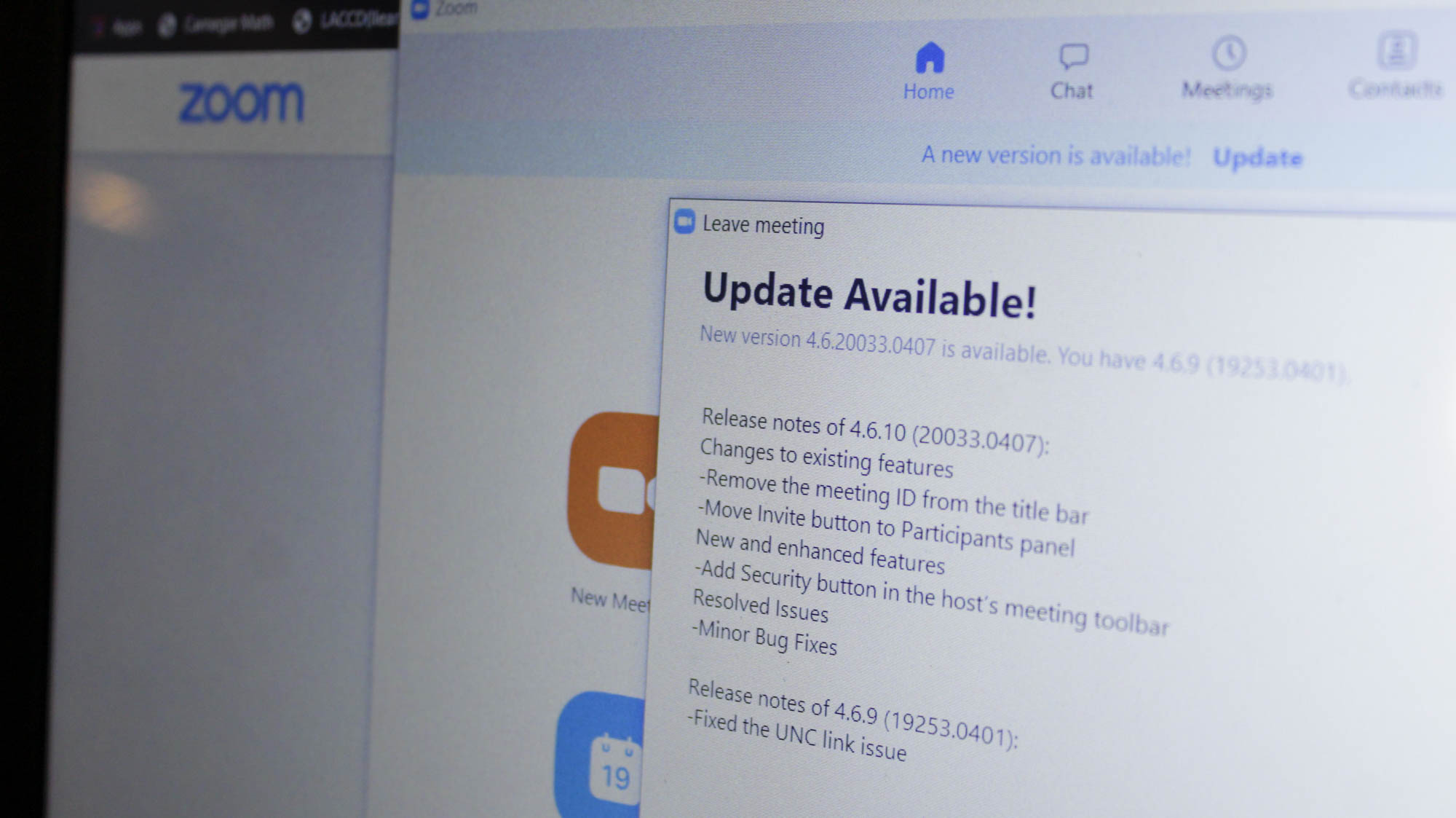 In the recent weeks of remote learning, Zoom lectures have been interrupted by people who aren’t enrolled in those courses, known as “Zoombombers.”

Media Arts Professor Shonna Kline wrote in an email that she did not expect her class to be targeted.

“Unfortunately, my first Zoom class went so well that I was naive about taking precautions against ‘bombers’ for my second class,” Kline wrote.

Professors and students alike believe their Zoom sessions are secured by a login ID but a simple code is easy to crack for a professional hacker.

According to Kline, Zoombombers intentionally join meetings to cause disruptions with inappropriate behavior.

“The offenders clearly had experience with drop-in bombing, as they would leave inflammatory comments in the chat and leave immediately, giving me no chance to boot them,” Kline wrote.

Kline said her encounter with a “Zoombomber” was when an editor from the reality TV show “The Bachelor” was answering questions as a guest speaker in her cinema class. While the intrusion was unexpected, the session went on as planned.

“The bomber launched a few choice comments, covering everything from sexual orientation to racial slurs to foul language,” Kline wrote. “Each one showed up in the chat. My guest was a pro, though, and said ‘I can tell what is what’ and forged ahead.”

Sarah Howard, a Moorpark Community College student, also dealt with a “Zoombomber,” but wrote in an email that she had a much different experience.

“During class a little while ago someone tried to bomb it and they were commenting racist remarks in the chat,” Howard wrote. “My professor honestly didn’t know what to do or how to get them out so he just ended the session.”

Howard wrote that her professor ended up changing the Zoom ID as a plan to keep them out.

Professors across many schools are experiencing these bombings, but with new threats come new solutions.

Kline wrote that she began using the waiting room feature to monitor students who enter or leave the Zoom meeting, as well as setting up the meeting directly through Canvas. These precautions have proven successful.

“I actually stopped someone named ‘Revenge’ from joining my class today when we were chatting with an editor of ‘Stranger Things,’” Kline wrote. “I was pretty happy about that.”

Howard wrote that she is simply going to ignore the person in the chat and focus on her instructor.

“It’s definitely annoying,” Howard wrote. “I hope it doesn’t happen again but it’s not that big of a deal, so if it does, I don’t think the class should end.”

Communications professor Robert Loy wrote in an email that he prevents Zoombombing by setting up a “waiting room” during Zoom sessions so he can identify students first and let them into the meeting.

“Overall, students are aware that zoom bombing can happen in our class and that I won’t tolerate it,” Loy wrote. “It’s important as a public speaking professor to take a stance against potential hate speech in a diverse classroom setting.”

Kline wrote that she wishes these individuals would use their time more productively but the only action that can be done is to keep teaching.

“I am so incredibly grateful to have a forum where I can continue to interact with my students and bring guests into the mix,” Kline wrote. “There is so much great learning still happening that I wish the bombers could take their prowess and apply it to being part of the next generation of learning.”