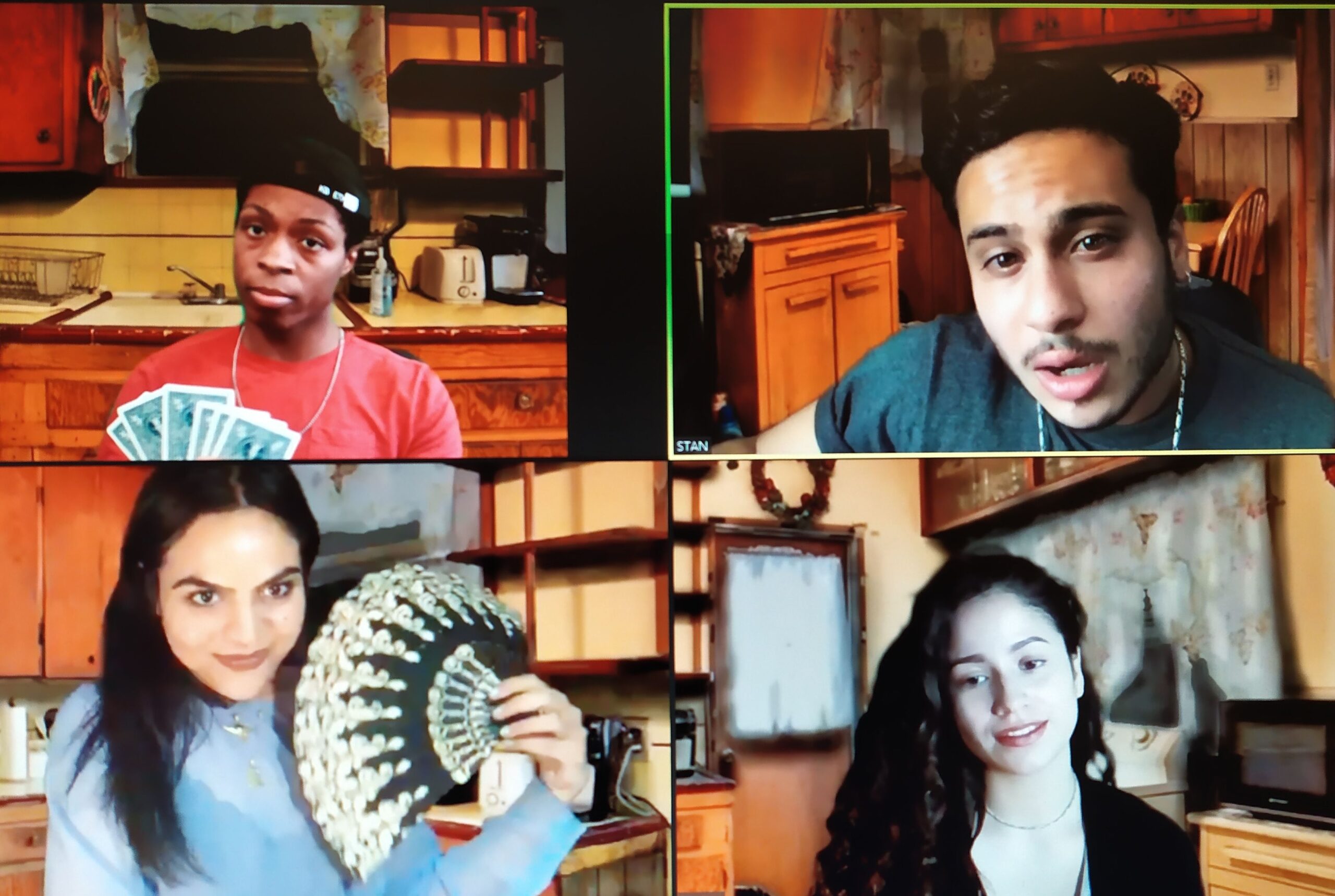 Stella and Stanley’s perfectly imperfect married life quickly unravels when sister Blanche arrives on the scene to start a dramatic and ultimately self-destructive encounter with her urban in-laws.

“I know I fib a good deal. After all, a woman’s charm is fifty percent illusion, but when a thing is important I tell the truth,” Blanche said.

Los Angeles Pierce College Theater closed out its fall 2020 season with a three show run of the classic Tennessee Williams play “A Streetcar Named Desire.” The southern gothic cult classic was reimagined in contemporary East Los Angeles with a talented cast and crew under the direction of Anna Steers.

This time, the production was finally able to reach its intended audience, having been put on hold at the last minute as COVID-19 closed the Pierce campus back in March.

The tragic story warns of the unintended consequences that careless and unflattering words can bring if overheard by the wrong person.

Describing her brother-in-law Stanley as “common and vulgar” in casual conversation, Blanche’s outspokenness and constant self-absorption ultimately becomes her undoing.

As a consequence, a remorseless Kowalski seeks to brutalize her physically and emotionally.

This was a strong season finale production from the LAPC Theater group with several standout individual acting performances, a good supporting cast and a distinctive and refreshing visual style.

Loida Navas’ interpretation of compassionate and amiable wife Stella created the perfect contrast to the impulsive and unrestrained acts of husband Stanley and the aims of her emotionally volatile and controlling sister Blanche.

Navas’ assured characterization of a woman living in constant denial of her husband’s violent instincts properly set the stage for delivering some of the play’s most iconic and memorable lines.

The central character of Blanche is one of the most infamous in theater since it requires a constant series of pivots representing the many facets of her mercurial personality. An outrageous flirt, devious home wrecker, unapologetic fortune hunter and deeply delusional fantasist. No’Mani managed to bring it all on with considerable distinction.

Other honorable mentions must include Alex Balderas as Harold “Mitch” Mitchell, Jameshia Taylor as Eunice, and Tantanka Baskerville as Steve.

Originally set in the French Quarter in the post-war New Orleans during the late 1940s, the reframing of the dramatic story into contemporary Los Angeles appears to have been a wise choice.

By setting complex characters into more familiar surroundings, the story was an instantly more relatable experience. The smart use of green screen hosted interior and exterior backgrounds, lively pre-filmed short exterior action clips, and a good soundtrack added much to the local flavor and feel of the production.

Dialog coherence and general audio quality is still the biggest loser in the Zoom theater universe. Still, this time, these brief technical shortcomings did little to distract from the central action.

Overall, it was an admirable finish to a difficult and challenging theater season. A new and worthy interpretation of the classic Tennessee Williams play that was distinctly Los Angeles.