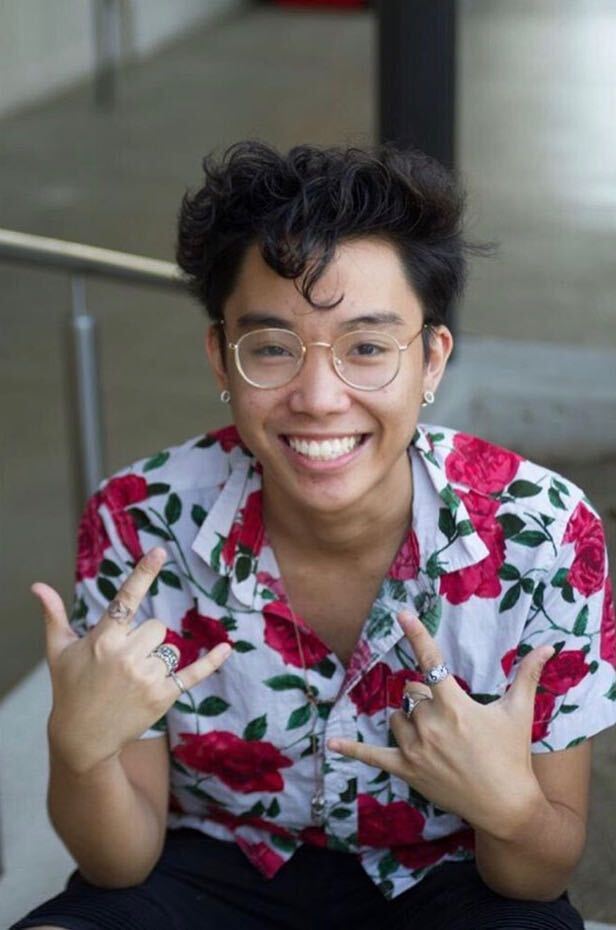 Pierce College student Alvin Supattarakorn would try to get his hands on most instruments within reach. He even kept a mini keyboard in his car and would play it until he drained the batteries.

The keyboard is silent now.

Supattarakorn,who majored in music at Pierce College and played tenor in choir, died by cardiac arrest Nov. 3. He was 20.

Alvin could never get enough of music. It “poured out of his veins,” said choral and music professor Garineh Avakian. However, Alvin didn’t start off as a trained musician,Avakian said. Instead,his love formed during his many sessions of Guitar Hero.

He’d always play long hours on that game with his brothers. It’s what led him to try a real guitar and borrow his brother Kenny Supattarakorn’s piano in middle school.

But Alvin avidly played the piano so much that Kenny never got the piano back. He eventually started singing, too.

“Every night, like real late at night, when I shouldn’t be hearing anything, I just hear him singing at the top of his lungs in his room, not really giving a damn,” Kenny said.

Kat Mena, his friend since high school, said it was tradition for her and Alvin to drive down to Guitar Center after school to rent out a booth for hours to jam.

Alvin brought music into everyone’s life, Liz Lopez said. Lopez, Alvin’s friend since high school, said he would make playlists for all of his friends specifically tailored to their music tastes and would play them when they entered his car.

Alvin was not only known for his passion for music but his selflessness for friends and anyone he came across, his best friend since high school Bobby Hitt said.

He would always make sure all of his friends were okay and happy and keep up with everyone,” Hitt said.

To Hitt, his “bromance” with Alvin was like no other. They became inseparable after the two liked the same girl and their bond only grew stronger after they jokingly ran for cutest couple in highschool and unexpectedly won.

“Guys don’t usually say I love you to each other,” Hitt said.”But he would always tell me I love you, bro and I could tell that he meant it.”

When Mena needed a car for her driver’s test at the DMV and was worried she wouldn’t be able to get one in time, Alvin stepped up, Mena recalled. He not only let her use his car to take the test but also showed her the DMV route the day before to make sure she had the confidence she needed to pass the test.

“I literally bawled my eyes out because I never had a friend that was so willing to help me in that way when I needed it,” Mena said. “Alvin’s actions speak louder than words and he proved true to that saying.”

Alvin’s empathy also transferred over to choir. In choir, Alvin would clap and snap for anyone who was performing, professor Avakian said.

“He was close with everybody; he didn’t have any specific cliques,” Avakian said. “When he saw someone in agony or full of anxiety, he would just go and sit next to them. It’s almost like he had been there, and he was just consoling everyone.”

Even though at times Alvin would sing the wrong notes, his singing was effortlessness.

“Every time he sang he would just draw me in,” Avakian said. “And therefore, all of the technical things that I could have helped him on, as a instructor, would just go out the window because his delivery was so pure.”

Hitt and Lopez spontaneously tattooed Alvin’s initials with the letter “A” and a treble clef that looks like an “S” three days after Alvin passed.To them, the tattoo best defines him and his love for music.

“Every time I look at it it just reminds me of him, and honestly I don’t think I’ll stop thinking about him,” Hitt said.

The spontaneous act of getting the tattoo resembles the day Alvin got the same treble clef tattoo with Lopez. The friend group feels Alvin is still here, spiritually.

The day after Alvin died, his brothers Max and Kenny received a call at 3 a.m from their distant cousin Sandy,who was receiving messages from him but didn’t know he had died, telling them that Alvin was there in spirit with her.

“He has a message to tell you,”Max and Kenny recalled her telling them.”

She said Alvin told her he was sorry for missing all of Max’s basketball games and wanted Kenney to take care of his car.

“I was able to sleep that night,” Kenny said.“I woke up the next day happy to know he’s still around somehow.”

Alvin’s funeral was held on Nov. 30 at Hollywood Forever Cemetery with his immediate family and friends.