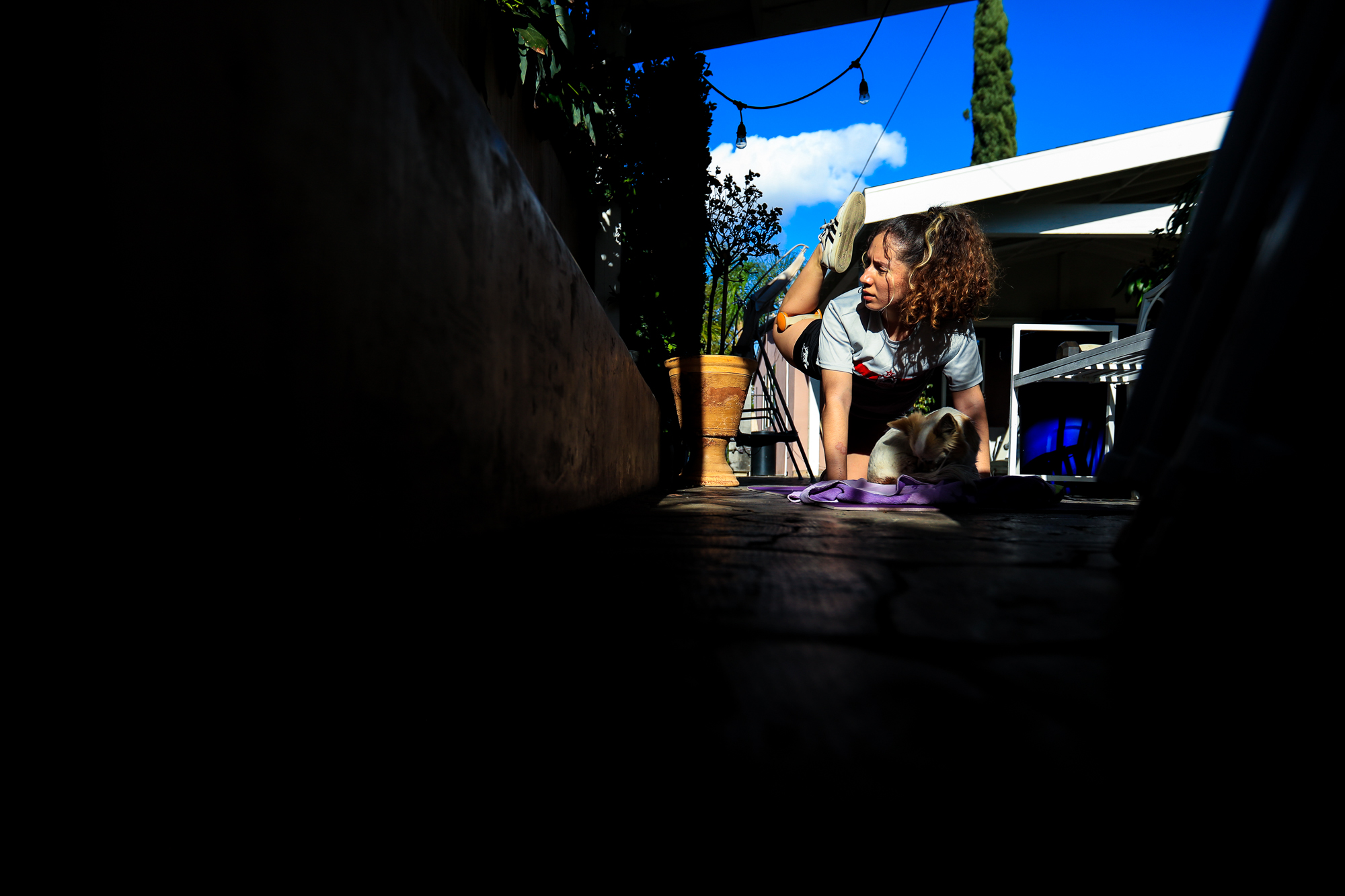 Spring sports competitions were postponed indefinitely March 12. One week later, the California Community College Athletic Association Board of Directors voted unanimously to cancel all athletic competition for the remainder of that semester.

Though some Pierce students have been impacted by stay-at-home orders, student athletes have been uniquely affected by the COVID-19 pandemic.

Pierce College President Alexis Montevirgen said that since the pandemic began, he has always been thinking of the student athletes.

“I want to convey that this has always been a concern and it has been on my mind as a college president,” Montevirgen said. “We still have to be deliberate and make sure that we don’t haphazardly just go ahead and put our students and faculty in any type of increased risk or increased danger. We do know that simply because these restrictions are getting lifted, doesn’t mean the risk is no longer there.”

Student athlete Maria Sandoghdar, who competes for the Pierce swim and water polo teams, shared what she misses the most about sports.

“Pushing and inspiring each other at practice in order to succeed at meets was extremely satisfying,” Sandoghdar said. “Our car rides to every meeting and cheering each other on during our races made us all feel like a team. I miss my teammates every day, and it still hurts that we were never able to finish our season altogether.”

Zaki Katibah also competed on the school’s swim team. Katibah said he had trouble separating from his teammates during the pandemic, especially with those that planned to transfer the following year.

“Some of my teammates have become some of my closest friends in college during my time at Pierce, and not being able to see them at the pool was really frustrating,” Katibah said. “Having the season cut short really was a punch in the gut as our last practice together happened way too soon.”

Katibah also said that the pandemic dampened his athletic career.

“The cancelation of all sports made me feel devastated,” Katibah said. “That season before COVID was by far going to be my best one. I was in my prime. I have never been as fast as I was during the 2020 season.”

Interim Athletic Director Susan Armenta said many of the athletes are feeling the effects of not having competition.

“Many of the athletes are struggling tremendously without access to their team sport,” Armenta said. “Our coaches report that our student athletes are really struggling, emotionally, psychologically because we’re not able to get on campus.”

Armenta also said that she feels student athletes have been hit harder by the stay-at-home orders than some of the other students.

“I understand that would be the case for all students who are wanting to get on campus but more so student athletes because we’re used to working together with our teammates, playing and practicing together,” Armenta said.

Sandoghdar said that student athletes have not been able to maintain the same shape they were in while practicing on campus.

“My body also completely crashed,” Sandoghdar said. “I was so used to hard practices every day and having my coaches push me, so it was a huge change going from intense workouts to Zoom workouts a few days a week.”

Katibah said that without his teammates and new workouts pushing him, his enthusiasm for the sport has dwindled.

“[The pandemic] has ended my competitive swimming career,” Katibah said. “The hardest thing to overcome was getting used to practicing alone. Even though we were ‘together’ on Zoom during these workouts, nothing could replace actual human interaction when working out.”

For some students, sports was their main source of interacting with other people.

Soccer player Julianna Euyoque said she struggled with the lack of socialization.

“The one thing I miss the most about sports before COVID is being able to physically play with my teammates,” Euyoque said. “Also being able to bond with them, being able to go out and eat with them and creating that special connection with them.”

Students are not the only ones missing in-person sports. Head swim and water polo coach Judith Terhar said she misses the face-to-face connection she has been familiar with for the past 40 years of her coaching career.

Terhar said that team sports cannot be mimicked the same way online classes have been through Zoom. She also said she estimates that it will take her athletes a year to get back into competing shape.

According to Terhar, with the possibility of summer classes being taken away from the swim and water polo team, it could mean another two seasons lost for coaches and athletes.

Sandoghar said she feels like the past year has been wasted without sports.

“I don’t know if I’ll be able to use my eligibility next year since I plan on transferring, so it’s sad how I potentially had my last season ever without even knowing it.” Sandoghdar said.

Armenta said she’s worked hard to get her students back on campus, but without access to resources like personal protective equipment, routine testing and vaccinations, it’s difficult to help students get back into action.

“As long as we’re able to provide a plan how we will be able to implement coming on campus,” Armenta said. “That plan can be reviewed. It’s not a guarantee that we’d be allowed, but at least we can present the plan to try and get on campus, sooner rather than later, and sooner being as soon as summer or later being fall.”