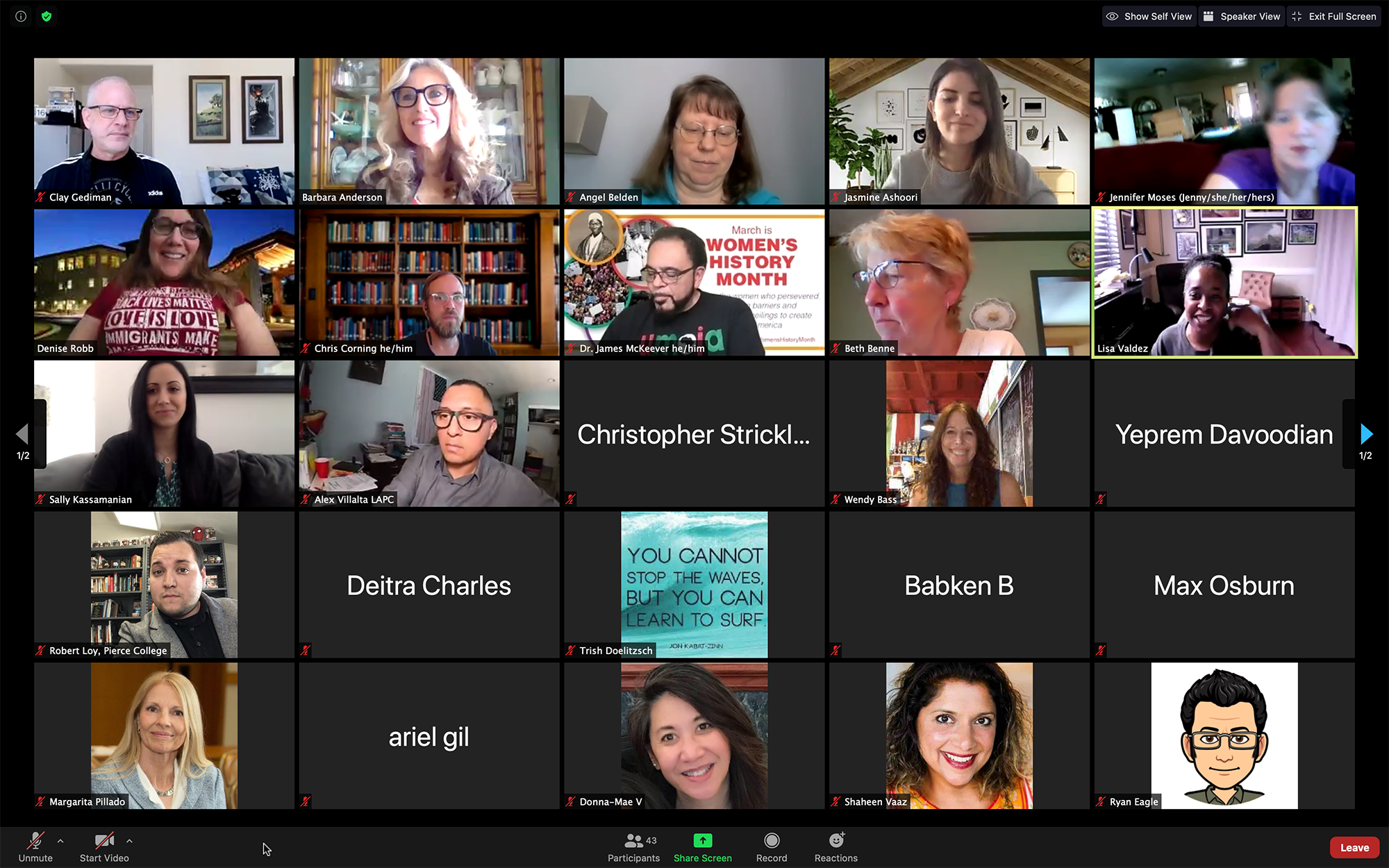 The Academic Senate appointed Tuesday a new representative after a heated discussion about potentially offensive and discriminatory comments one of the candidates said were leveled against her.

Alex Villalta was appointed as the Senate Representative on the Pierce College Council on March 22. He was the only person running after Garineh Avakian withdrew her name from consideration.

Avakian expressed her disdain toward the process of the election and she said that there were things said about her that she found unacceptable.

“What has transpired in the past few weeks, regarding this election is demoralizing and unprofessional to say the least,” Avakian said. “I understand we are in a remote environment, but campaigning for this position has been gruesome, especially on my part. I was contacted by campus faculty warning me and notifying me involving shenanigans, discriminatory racial and derogatory comments spread about me trying to persuade people on how to vote.”

James McKeever, a member of the Academic Senate board led the discussion about these concerns of unprofessionalism.

“I feel like this election has brought out the worst in us,” McKeever said. “I’ve heard how some lies and innuendos about some people that can even come off as borderline sexist and racist even if they don’t mean it that way, that’s the way it does come off. They have been used to kind of sway votes and I think that’s wrong.”

Communication Studies department Chair Yeprem Davoodian expressed his feelings about the ethical way faculty should treat each other.

“Pitting people against each other is not something we need to do,”Davoodian said. “Instead of engaging in this toxic process, we need to urge everyone to empower themselves, and take the initiative and speak up on their own behalf to departmental decision leadership.”

The meeting continued without further explanation about what possible sexist or racist actions had occurred. Many senate body members said they felt uncomfortable confirming Villalta due to the nature by which Avakian had withdrawn from consideration.

District Academic Senate Representative Jamie Langan expressed her unease toward voting Villalta as the representative of the Senate for Pierce College Council. She urged for the delay of the vote until more information was released.

“I would love to hear the whole story,” Langan said. “These are serious allegations and it needs to be addressed in this body.”

But the vote proceeded, and Villalta was confirmed.

“I honestly have mixed emotions right now, “Villalta said. “If Garineh changes her mind and wants to continue with the vote, I would appreciate that, but if not, maybe not very pridefully, but I will continue with representing the Senate PCC.”

After Villalta’s appointment, the Senate continued to pass several items on their agenda, including a Resolution in Support of Asian Americans and Pacific Islanders Students, Staff, and Faculty in response to recent violent hate crimes directed toward Asian Americans.

This resolution restates the support and inclusion for Asian Americans and Pacific Islanders as well as the college’s intolerance of discrimination.