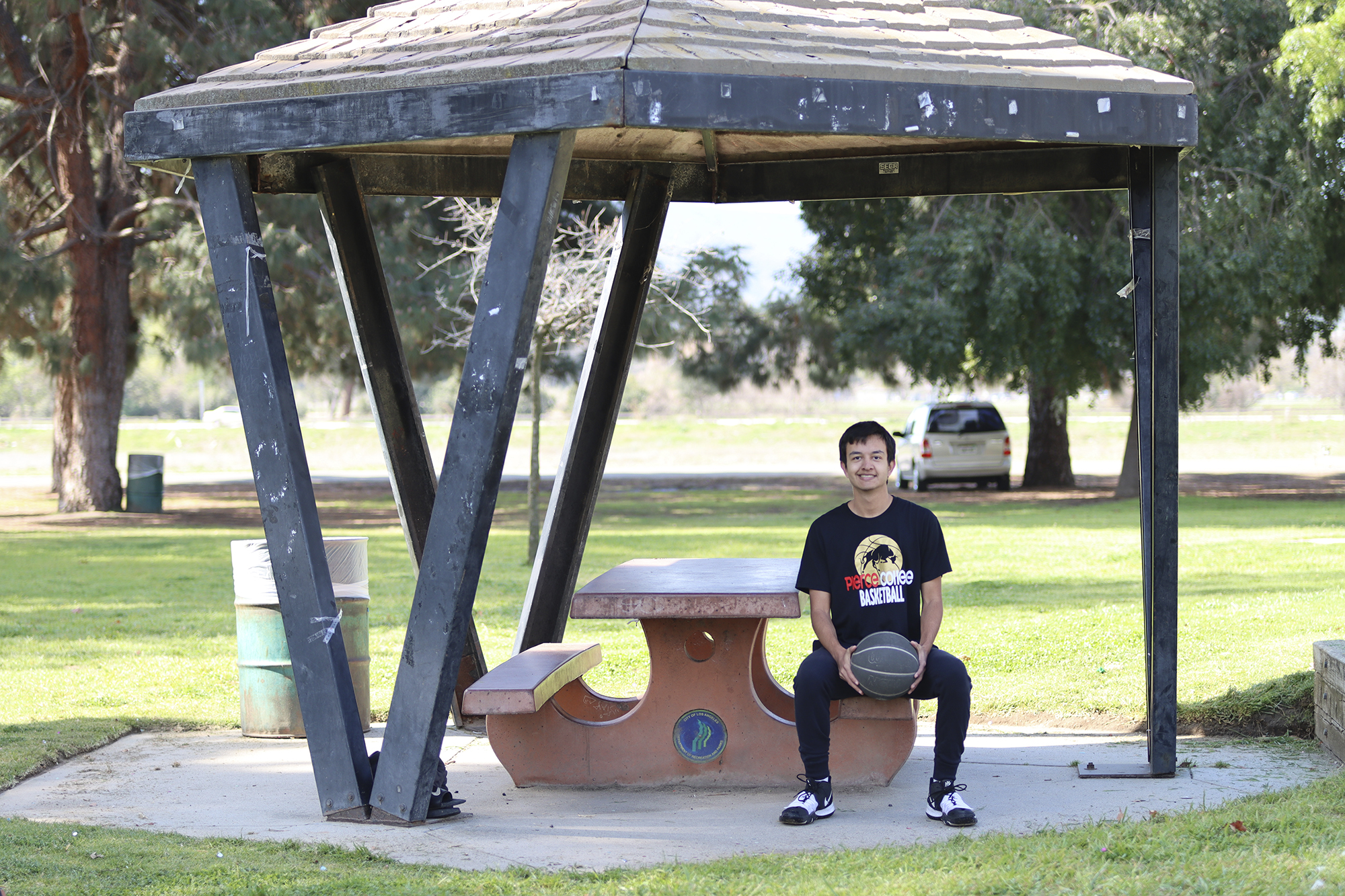 While many sporting events have been put on pause due to COVID-19 precautions, AJ Werner has proven his resolve of as a  true athlete by not letting the external forces inhibit his dedication to his craft – basketball.

Werner is a Pierce College freshman coming into the men’s basketball team with the proper drive and discipline that will better enhance his skills on the court. He has been able to stay busy and fit at the comfort of his own home.

“Everything I’ve done has been from home,” Werner said. “I run three miles through hills around my neighborhood to keep my legs strong and to stay conditioned. I have some dumbbells in a room that I use. I also do bodyweight exercises. I’m able to get shots up on a hoop and work on dribbling on my driveway.”

Werner is still able to mix up his personal training with team drills over Zoom. The online training sessions allow for team synergy and coach criticism and input.

“I practice six days a week. Twice a week with the team over Zoom for three hours,” Werner said. “On my own I don’t really time how long I practice. I usually don’t stop practicing until I make a certain number of shots.”

Head coach Charles White has been leading the charge for this year’s men’s basketball team. He says that the transition to online training has been challenging but he still finds a way to help develop their skills.

“They finish up training with me. Right now, we’re working on defensive fundamentals and they seem to be buying in as much as possible on Zoom,” White said. “We’ve also been watching a lot of film of prior games from last year.”

White feels that he has a solid and strong team this year and that Werner is a prime example of an athlete that he can trust.

“He’s a real good kid,” White said. “The reason why he got nominated for Athlete of the Week is because he shows up. He’s been showing up since the fall and probably only missed one time because he had to go to the dentist. He’s a guy I can trust. I put a ball in his hands and I know he’s gonna do what needs to be done with it.”

Werner’s father, Jay Werner, has also coached basketball at LA Valley College, Glendale, and the Poly Boys varsity team. He expressed pride about his son receiving the Athlete of the Week award.

“To be honest, it feels good,” Jay Werner said. “Joining the Pierce College team and embracing the program that they have put together has in my eyes really changed his game, since I have watched him workout daily. I’ve seen the hard work he’s put in, and to be rewarded for that hard work from his coaches is cool.”

Jay Werner also expressed the admiration he has for his son to be committed to getting better even through the pandemic.

“He used this incredibly tough and crazy time to dedicate himself to the game that he now truly loves,” Jay Werner explained. “It can only lead to a successful future in life in whatever he chooses to do.”

AJ Werner is anxious to continue his basketball career and has his goals set high with the full intention of working to achieve them.

“I’ve been given a great opportunity to come here to Pierce and play,” AJ Werner said. “I know that with the help of my coaches and teammates I’ll be able to have a successful season and then hopefully transfer to a four-year school to continue my basketball career.”

For now, much of the training and sporting events will still be put on pause or held with unconventional circumstances until circumstances improve but AJ Werner has displayed how a true athlete will refuse to become lazy and will find ways to still get work done despite the obstacles that stand in their way.

“I feel that the future is incredibly bright for me,” AJ Werner said. “Until then though, my focus is for the upcoming season.”