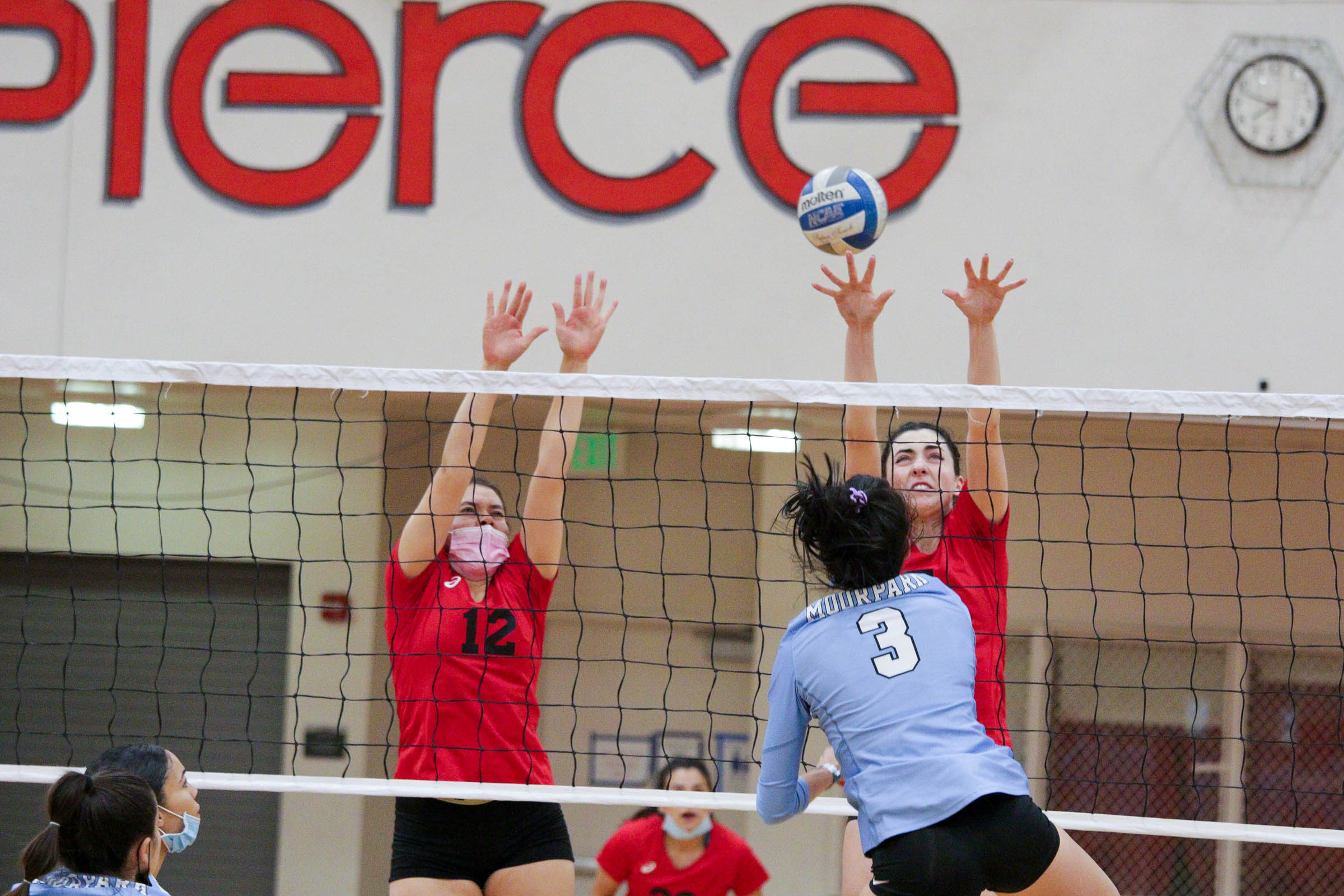 Pierce College were unable to get any momentum against the Moorpark Raiders on Oct. 1.

Assistant coach Cynthia Buggs said the team did well in spurts but struggled to maintain the momentum.

“We’re just trying to find the right piece and we’ll continue until we can find it.,” Buggs said.

Pierce was unable to take a lead throughout the three sets and struggled to keep up with the Raiders’ energy.

The Brahmas saw the deficit grow to 20-6 and only managed to score one more point.

Pierce’s Head Coach Hong Edison Zhou commented on his struggling team and what they need to improve on.

“If the girls don’t put everything on the court, then as coaches we can’t figure out how to practice with them,” Zhou said. “So, we’re going to practice passing, because we had issues with passing.”

Buggs said that the players need to practice with the intention of seeing those results in games.

“If they want to see changes and they need to do the see those changes in practice, which is giving more energy consistently, and just working on the basics.” Buggs said.

The Brahmas continued to struggle with momentum at the start of the third set. The Brahmas’ trailed 12-6 as Moorpark dominated.

She said she gave the team a talk to encourage them to put an end to their losing streak.

“Losing isn’t a good feeling and we just need to bring the energy with or without a win,” Kahae said. “Everyday we come to practice, to games and it’s a new opportunity to be better, to be something, to prove something to our school and to the city.

Kahae added, “We’re here to play, we’re not here just to get beaten down and lose every single game. I think we’re coming together a lot better than we did at the beginning of the season.”

Buggs said that putting together a strong team is difficult and takes multiple attempts.

Pierce’s record remains to see a win, dropping to 0-5.

Pierce plays against Cuesta College on Wednesday, Oct. 6, at San Luis Obispo. Tip off is at 6 p.m.