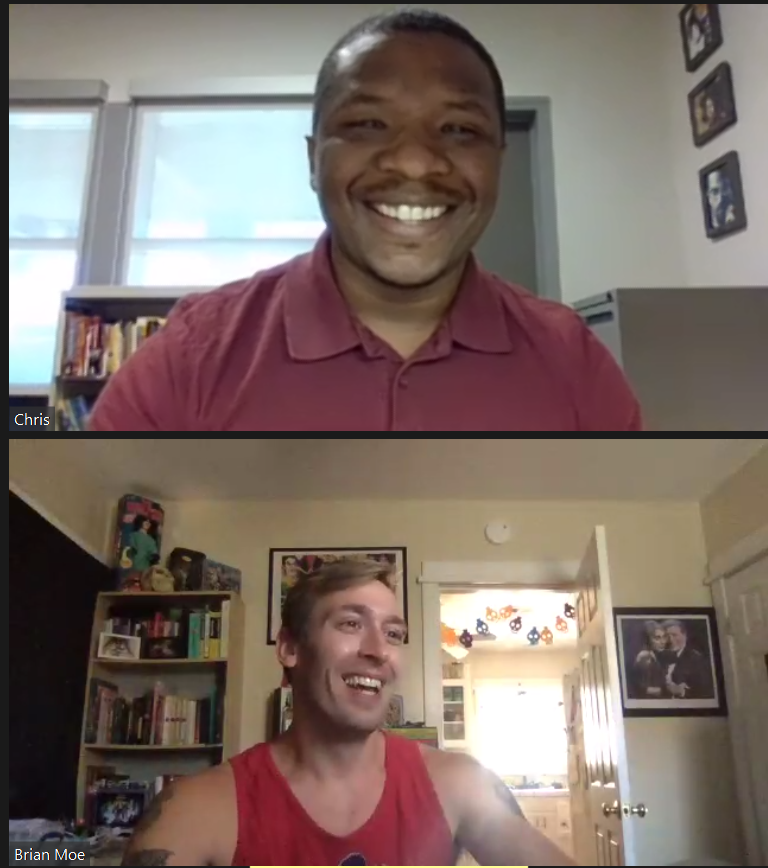 Pierce Library hosted the first event of the national One Book, One Campus project Friday afternoon. This project invites the Pierce community to educate themselves on student equity.

The One Book, One Campus project provided insight on Ibram X. Kendi’s nonfiction book “Stamped from the Beginning,” with the first event focusing on the “Codification of Racism in the U.S.A.”

Assistant Professor of History Christopher Strickland hosted the presentation through a PowerPoint and discussion of the book. He began the event with an introduction of historical significance of racism and indentured servitude with a quote from chapter three of the book.

“Prior, class, religious customs, sex, gender, and traditions primarily structures the relations, divisions, and interactions between groups of people, as opposed to codes/laws/policies based on racist ideas,” Strickland said. “However, for North America, the codification of racist ideas began to profoundly proliferate in the 1660s during the colonial period. Racist ideas and racist codification in North America predate the founding of the United States of America, which highlights the long history of the codification of racism in America.”

Strickland continued discussing quotes with historical importance that demonstrate implementation of racism into an individual’s values, such as providing explicit conversation on a 1662 racist law to which he quoted:

“[Virginia lawman] proclaimed that ‘all children borne in this country; derived their status from ‘the condition of the mother.’ Thrashing English law, they dusted off the Roman principle of partus sequitur ventrem, which held that ‘among tame and domestic animals, the brood belongs to the owner of the dam or mother’ ” (Pg. 41, Chapter 3, of Stamped from the Beginning, by Ibram X. Kendi).

Strickland also included quotes from a Virginia lawmaker, slave owner, and President of the United States Thomas Jefferson, providing understanding towards racist ideas within government documents such as the Declaration of Independence and the Constitution.

After the Powerpoint presentation, Strickland displayed a variety of websites that further provided discussion of codification of racism in the United States, including:

Racial Oppression within the Law

From Slavery to George Floyd: The Racist History of U.S. Policing

Separate but Equal: Homer Plessy and the Case that Upheld the Color Line

Adjunct Professor of Sociology Karen Sabbah said she teaches her students the Loving vs. Virginia civil rights decision and brought up the question discussion of interracial marriage.

“I look at all of these policies, and we’ve made comparisons from things that happened in the 1800s that are still permeable today, and so why hasn’t that changed?” Moe said. “It’s because of the phrase ‘If it’s not broken, don’t fix it.’ These policies serve a certain people that don’t want it to be fixed, but don’t understand the needs for it to be. Understand that these practices were put in a different context to serve a different purpose that is not appropriate at all, especially now.”

Department Chair and Spanish Professor Margarita Pillado said that these events and conversations are what allow society to grow, to understand, and to be educated from.

“The fiber of American society, at least the large proportion of American society that is still there, is what needs to be addressed and eradicated, and I am talking about microaggressions,” Pillado said. “I think education and an explicit anti-racist approach is absolutely necessary. All of us are bias and all of us are prejudice, and we need to look at that blindspot and we need to be explicitly and intentionally anti-racist. We are undermining the possible success, we need to be better at learning how to be better.”