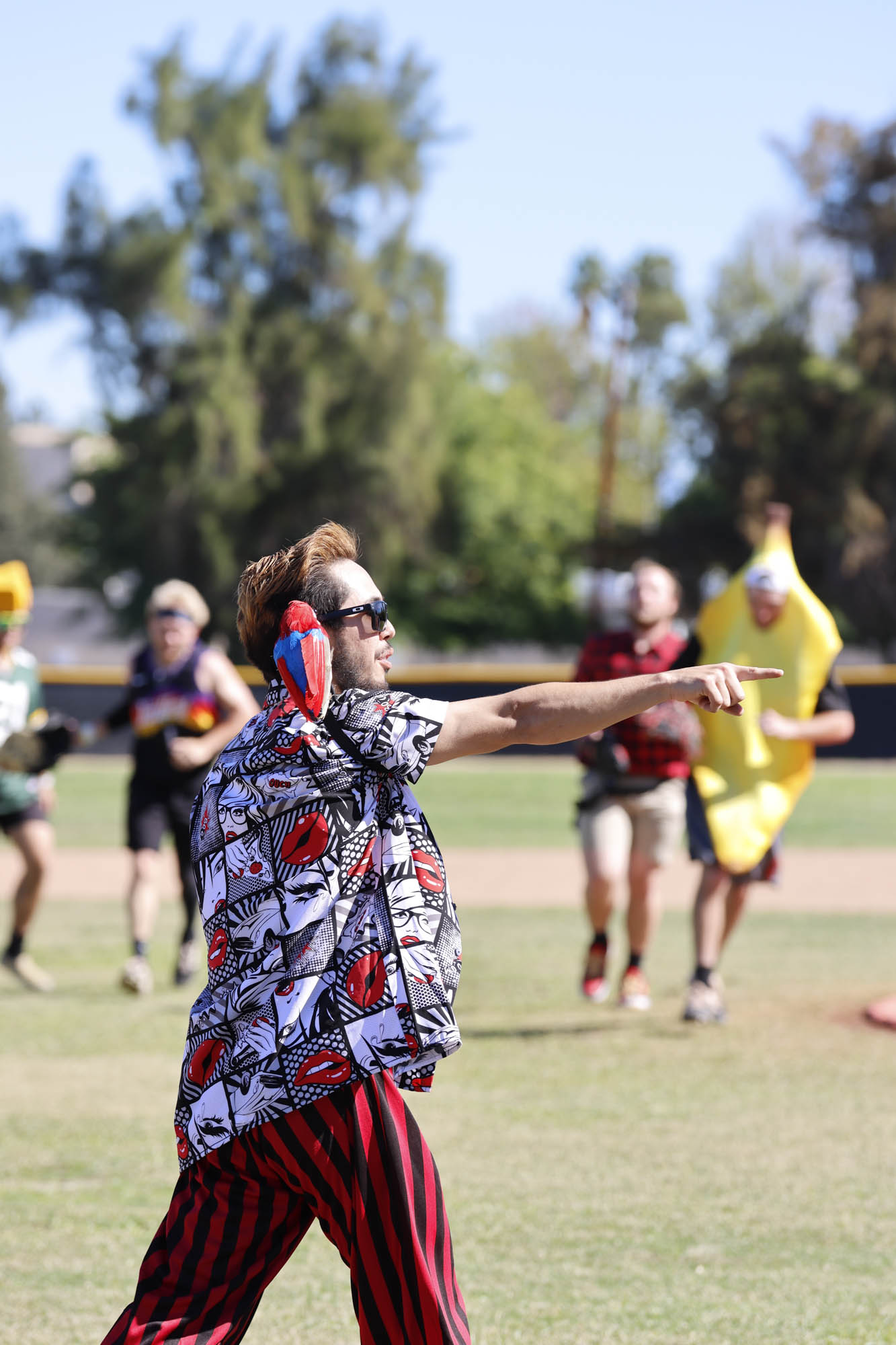 The Pierce College baseball and soccer teams held practice a little differently by getting into the Halloween spirit by dressing up in costumes and participating in backwards baseball.

Head baseball coach Bill Picketts said this is a way to build better comradery between the players.

“It’s always nice to see them have fun,” Picketts said. “I know for all of them it is tough since they are trying to make the team. This event brings them together.”

Some dressed as tacos, wore costumes from their jobs and decided to get creative.

Jackson Briscoe dressed as a fairy. He said it was a last minute decision.

Briscoe said playing backwards baseball is fun because they’re able to take a break from the normal practice routines.

Ian DePalma dressed up as the mascot from Marco’s Pizza.

“I asked my boss to see if I could borrow the costume, and he was cool with it,” DePalma said. “I’m pretty much promoting [the company].”

Picketts said he might end up going to eat at DePalma’s job and said it was good advertising.

But baseball was not the only team to partake in some Halloween fun. The soccer team also decided to dress up.

The costumes included Julianna Euyoque dressing up as a dinosaur and Joanna Cerda, Halle Manalili and Nirmolakpreet Kaur dressing up as head soccer coach Adolfo Perez.

Other costumes included an inflatable baby, Spider-Man, Waldo and a Starbucks worker.

Perez said it is something different and is a tradition that they want to create.

“They understand that it is the day before a game and we did our normal practice and we are getting ready for the upcoming games,” Perez said. “We are finishing off with some offense and defense drills, and it gets them out of their comfort zone.”

Perez said he is happy that a sense of normalcy is back. Last year, no programs were allowed on campus because of the pandemic.

“It is phenomenal,” Perez said. “I’m happy and blessed to do this. This is icing on the cake.”