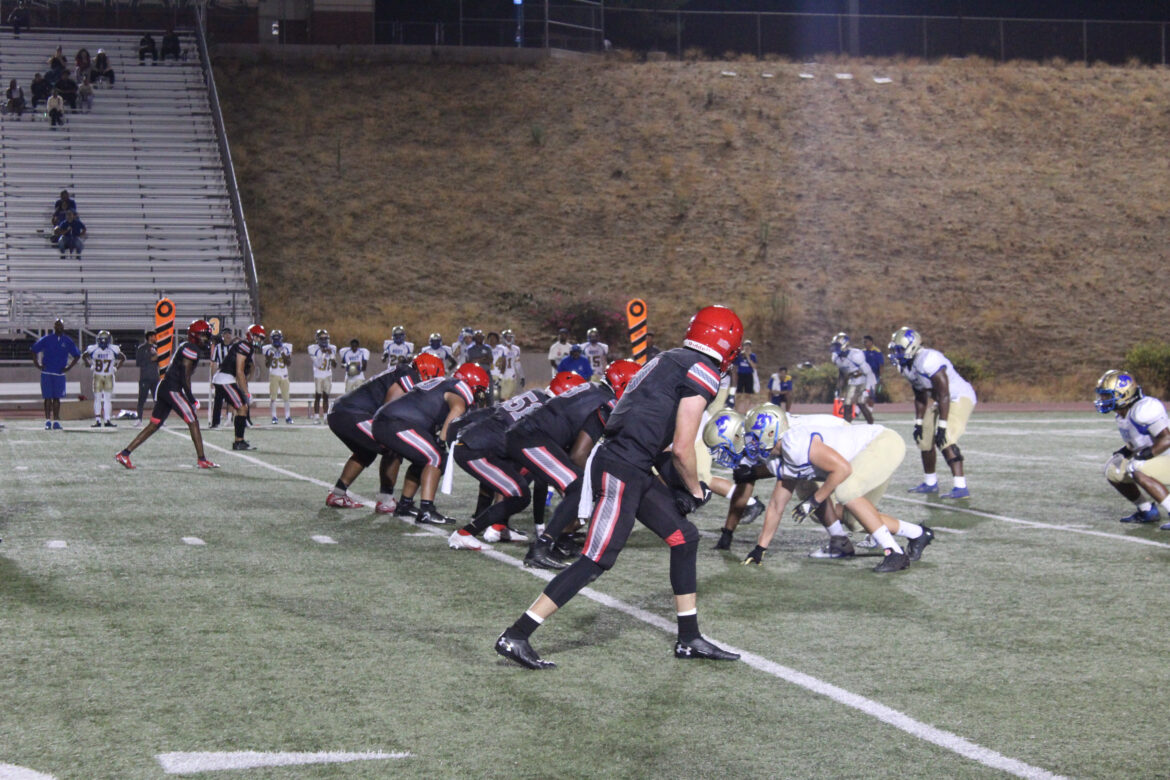 West LA bounced back from last week’s defeat to win the game 36-7.

Despite forcing four turnovers, the Brahmas were never able to find rhythm offensively.

Head coach James Sims said the offensive struggles can be attributed to not having a healthy offensive line.

“We only got like seven linemen on this team and we lost three of them in the game,” Sims said. “So we’re down four offensive linemen and it’s just difficult. But I’m proud of them.”

Football didn’t score in the  half, while the defense allowed 22 points.

In the first three drives, Pierce was forced to punt on fourth down.

Then on the next drive, the Brahmas got into the red zone but weren’t able to convert.

Quarterback Peyton Pelletier said that it’s enraging at the moment but you gotta keep moving forward.

“I just have to keep my head up,” Pelletier said. “We got to keep our heads up and move on to the next play. Because it’s not like we got outplayed. It’s not like they’re bigger than us. Not like they had better athletes in the red zone. It was little mistakes.”

West LA scored on their fourth drive of the game with a 7-yard touchdown pass by quarterback Cassell Wiggins caught by wide receiver Damon Badenhorst.

The Wildcats went on to score two more touchdowns and one field goal in the first half.

The second touchdown was a 20-yard run by running back Malik Norman.

The third and final touchdown of the half was a 47-yard pass from Wiggins caught by wide receiver Kannon Davis.

Despite having offensive lineman problems, the Brahmas also had many injury problems.

Several players were carted off the field and the Brahmas were left to play the next man up.

One of the Pierce players to get injured was defensive-back Raife Anthony.

Anthony said he got injured near the groin but will be ready.

“There was a play on the sideline, the slot caught a ball and I was peeling off to come hit him,” Anthony said. “The guy guarding him whipped around him and I got a heel right to my groin area. It was kind of tough to run for a little bit, but I’ll be back. I’ll be fine. I’ll be back next week.”

In the second half, the Brahmas managed to get on the board. But not before the Wildcats did.

On the Wildcats’ first drive of the second half once again running back Malik Norman ran for a 38-yard touchdown.

The Brahmas managed to get a touchdown during the third quarter.

On the third drive in the second half quarterback Peyton Pelletier hit wide receiver Dan MacWilliams Becerra for a 44-yard touchdown.

Pelletier said his receiver did most of the work.

“We got a little completion and he made it,” Pelletier said. “He did his thing and he got me the stats. That was all Daniel, he got me that touchdown.”

Although they scored, the Brahmas couldn’t scratch the scoreboard again all night.

The Wildcats went on to score their fifth and final touchdown by a 15-yard run by receiver Badenhorst.

The Brahmas intercepted the ball twice and had three fumbles. Two of the fumbles were recovered and the last interception was a last-second heave to the end zone.

Sims said the team has to find a way to stop making errors.

“We just have to stop making mistakes,” Sims said. “We left a lot of points on the board. We need to find a way but that’s expected with a young team.”

Pelletier said they’ll review their mistakes and will move on.

“It doesn’t matter what happened last year or what happened the games before, we gotta move,” Pelletier said. “We think about the mistakes we made and the ways we can improve. I know it’s a tough loss, but we really got to just move on. We got eight more games.”

With this loss, the Brahmas start the season 0-2 and will visit the Glendale Community College Vaqueros on Sept. 17 at 7 p.m.