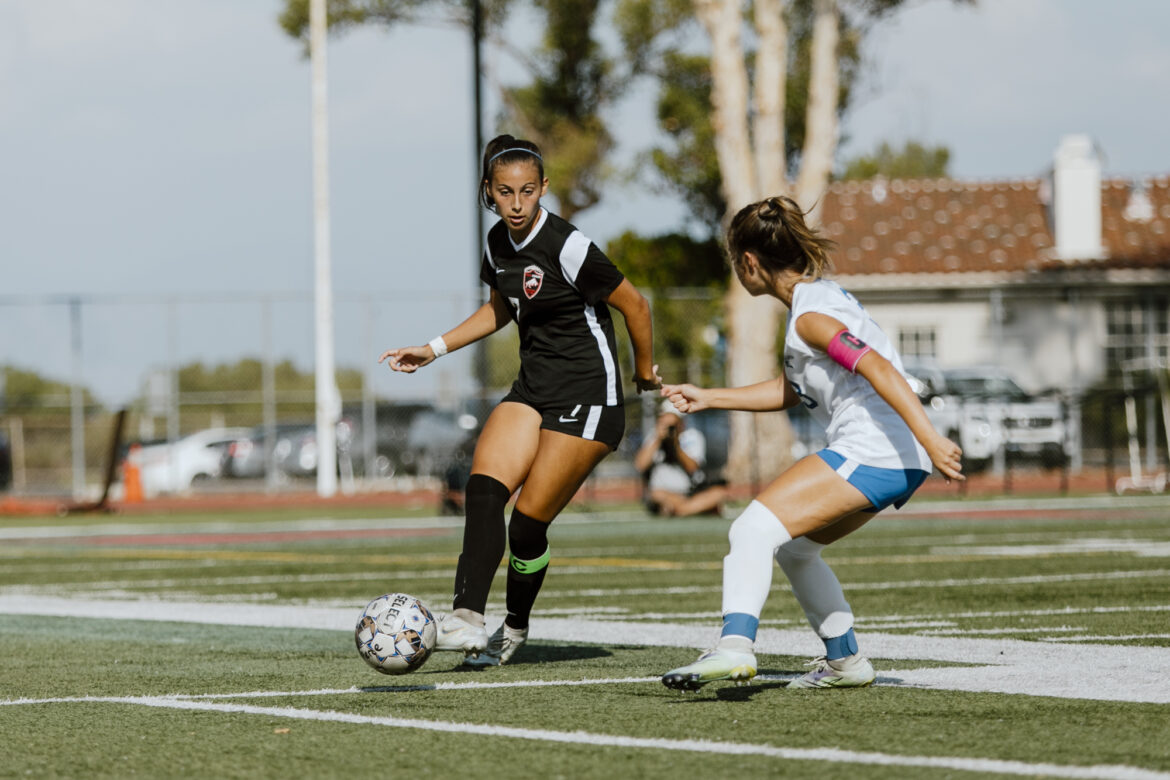 Women’s soccer continued their great start to the season and in the process ended Santa Monica College’s unbeaten streak.

The Brahmas got to a comfortable 3-0 lead before giving up a last-minute consolation goal ending the game at 3-1.

Head coach Adolfo Perez said that this game was one of the best and that it was a reminder of how Pierce is as good as he thinks they are.

“This is the best game of the year we had so far,” Perez said. “Considering the opponent, they always play a hard schedule. They were undefeated and they had a lot of international players. I think we’re as good as I think we are.”

Perez also mentioned how the game’s strategy changed from the first half to the second.

The game started off with both Brahmas and the Santa Monica Corsairs frantically kicking the ball out of the field as they tried to reach leverage over one another.

The first goal came in the 24th minute by a penalty kick which was scored by captain Natalia Puccio after Livia Pereira was fouled.

Before the first half ended, Puccio scored another penalty kick in the 43rd minute giving Pierce a 2-0 lead at the half.

Forward Heidi Ricketts scored at the 74th minute after a great assist by Pereira.

The Corsairs scored a late goal in the 89th minute through midfielder Andrea Ortiz.

Brahmas were dealing with many injuries including some playing on them.

Defender Lauren Montiel played with a broken arm and midfielder-forward May Htet Lu had hurt her ankle.

Puccio said that the Brahmas brought energy and that was key.

“I thought that today came out very hard,” Puccio said. “And we definitely, if not matched their intensity, went over their intensity and I think that was a huge factor in our win.”

Ricketts said that the team played to their fullest ability and did their best against the opposition.

“We came in really strong,” Ricketts said. “We knew they were gonna be like, really tough competitors, so we just came out and like did our best and we showed our true colors.”

“I was proud of my team,” Benditson said. “I knew we were coming into this game and it was going to be a step up in quality. So obviously [I’m] not happy about losing, but we’re just going to keep pushing ourselves against top teams. Credit to Pierce today, they were better than us and we just want to keep getting better every time we play.”