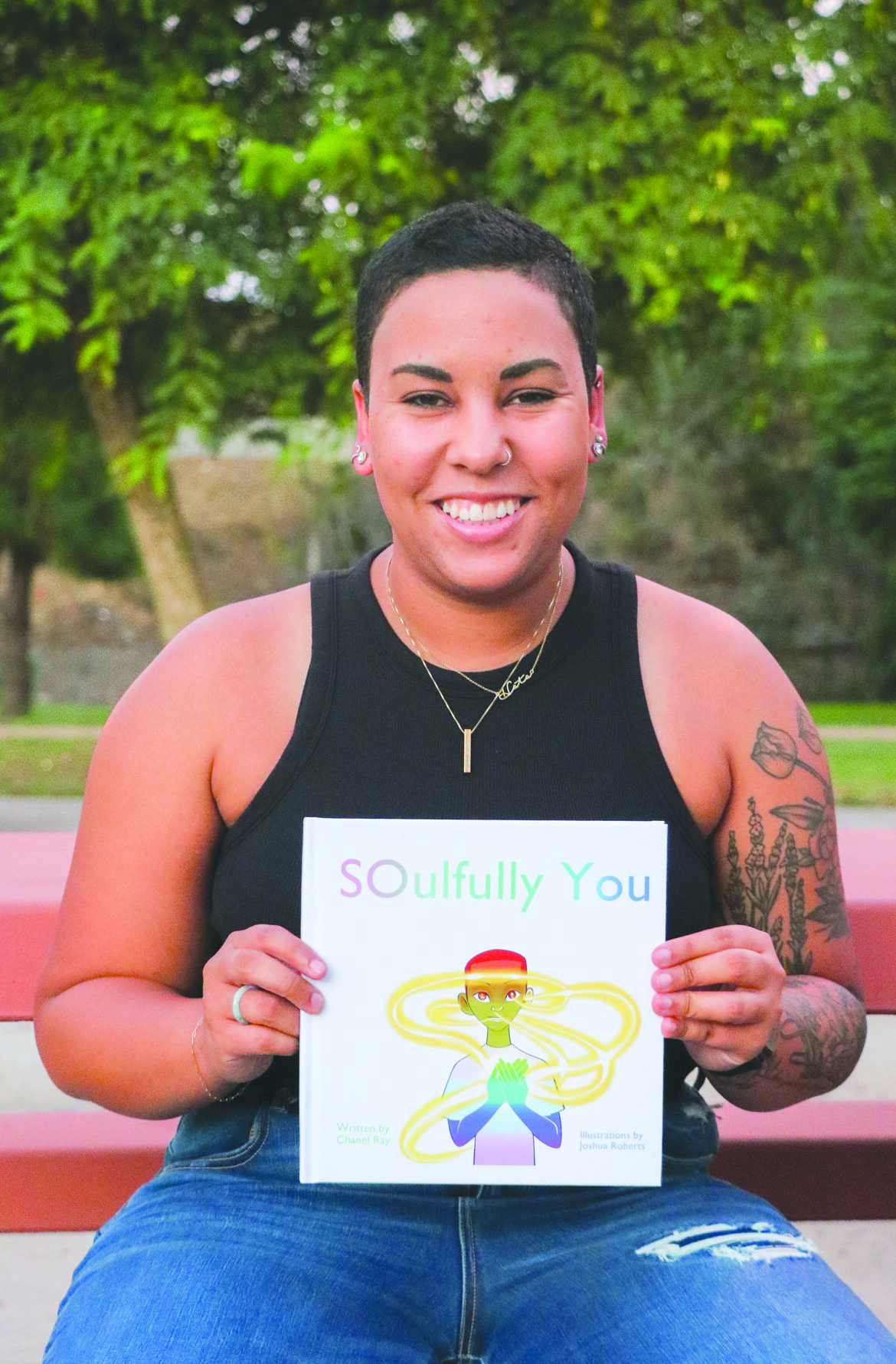 Chanel Ray self-published her first children’s book, SOulfully You, and she speaks on what it means to shine a light on being seen and heard, especially when she was a child where she didn’t see her story on any bookshelf in her hometown.

“In the area that I grew up in there was no diversity,” Chanel Ray said. “Being a mixed kid, I never really saw myself properly represented in anything.  Going to the bookstore as a kid, there weren’t really any books where there were black kids or mixed-race kids in them.”

“I was overwhelmed with emotions,” Chanel Ray said. “I wrote it for myself in way. (SOulfully You) is for everyone, but at the moment, I needed it. My past self would have really benefited from this book.”

Originally, Chanel Ray wrote the book in one night, but the rewrite process took a couple of months.

“I was being meticulous about the way that it flowed,” Chanel Ray said. “I wanted to make sure to use language that was understood by anyone.”

Released in July of 2022, Chanel Ray’s book SOulfully You is a book meant to be enjoyed by children and their adults, and it aims to make the reader or listener feel a sense of serene relaxation with breathing exercises and self-care, and validating affirmations.

When feeling anxious from a combination of homework and distressing current events, toddlers and grandparents alike can benefit from the surrogate mother that narrates the exercises of this short and sweet book, while getting ready for bed or while spending quality time with loved ones.

Susan Ray, Ray’s mother, narrates the audio version of SOulfully You. Her mother is an influential figure in shaping her career.

“My mom is the reason why as a kid I was so interested in books,” Chanel Ray said. “She was the parent who would read a book in a funny voice. She made sure that when we were going to bed, we weren’t watching TV, but instead, read a book or two, or five.”

Before Chanel Ray set out to become a writer, she was passionate about basketball. Ray has coached, refereed and managed teams along with making a partial podcast about the sport.

“I was taught how to play basketball at the same time I was learning how to walk,” Ray said. “I love everything about the game.”

Growing up, Chanel Ray’s goal was to work at a well-known sports channel.

“My original childhood dream was to be a sportscaster for ESPN,” Chanel Ray said. “I got the opportunity a couple of years ago to do some producing and some radio work for them. I still do some freelance work for them on the side, but I decided that’s not the road I wanted to go down.”

With her passion for mental health and her love of being around kids, Chanel Ray wrote SOulfully You which she said is meant to build a foundation of emotional intelligence for children.

“I have always wanted to make a positive impact on children, whether it was through my writing or sports,” Chanel Ray said.

Ray grew up in the Thousand Oaks area, just 20 minutes north of Los Angeles. She moved to Los Angeles and studied journalism at Pierce College where she immersed herself in the city’s vibrant eclecticism. She also attended CSUN and wrote for The Sundial.

SOulfully You is illustrated by Joshua Roberts, an artist Chanel Ray met on twitter.

“I noticed how passionate she was for the book, for kids and for helping people to love themselves and who they are,” Roberts said.

Roberts, who is originally from Macon, Georgia, moved to Los Angeles, California, three years ago. Now that Roberts works in a fast-paced city, Chanel Ray’s book has helped him to take time to breath.

“Ever since I moved to L.A., it has been go, go, go. Nothing but work, hustle and grind,” Roberts said. “The book has helped me to get myself back together and calm down.”

Stepha Dansky, Ray’s girlfriend, said that the book is being received with open arms.

“Seeing the amount of people that are affected by (SOulfully You) is just great, whether it’s people that she knows or people commenting on websites or anonymously on Amazon,” Dansky said. “It is such a cool thing to see someone’s dreams come true.”

Chanel Ray is planning for her next projects to be tied to SOulfully You.

“I have decided that SOulfully You is going to be a series,” Chanel Ray said. “I am currently working on the second one.”

SOulfully You is available at Barnes & Noble in hardcover and paperback, Amazon, Kindle eBook and Audible.