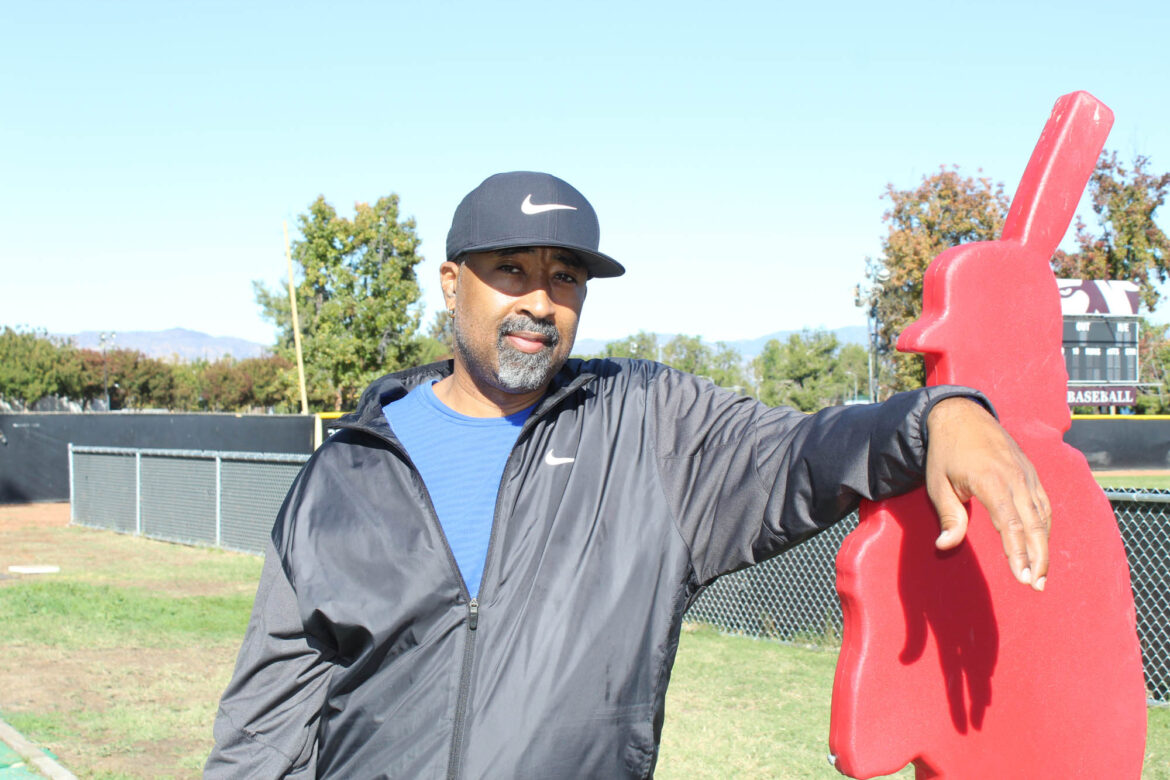 Athletic counselors are more than people who help with athletics—they help those students become their best in athletics.

“I was also working in general counseling,” Roberson said. “Before that, I had been a counselor’s aide at Santa Monica College.”

Roberson, a Pierce College alumni from the class of 1996, was also an adjunct professor at College of the Canyons (COC) and California State University, Northridge (CSUN).

Roberson said that when he was graduating from CSUN with a degree from sociology, he didn’t find his options viable in a career.

“And she [my counselor] had to say ‘You know what, Joseph, you spent a lot of time trying to help the people around you pursue their educational career.’,” Roberson said. “She was like, ‘Have you ever thought of being a counselor?’.”

Roberson said that despite his unfamiliarity with what his counselor was saying, he ended up applying to the Master’s in College Counseling and Student Services Program at CSUN.

Women’s volleyball head coach Edison Zhou had high praise for Roberson, especially for how helpful he is with the student athletes.

“All my athletes love him because he helps all the athletes from the bottom of his heart,” Zhou said. “He works very hard to give his “kids” the best education plan and transfer options.”

Zhou also said that whenever he needed help, Roberson was the first person he thought of.

“For me he’s like an older brother,” Zhou said.

Zhou also thought Roberson was the best choice for athletic counselor due to having played football when he was a student at Pierce.

“When I got hired, he was already the athletic counselor,” Sims said.

Sims also said that Roberson’s son was a football player at Pierce.

Head swim coach Judi Terhar said she knew Roberson for 20 years, even when they both went to CSUN together.

“Joseph and I went to school together at CSUN and both of us graduated with a Master’s Degree in College Counseling Student Services,” Terhar said. “He has a tremendous responsibility and opportunity to speak to our student athletes out of both his personal experience, as well as from what he has learned in school and life. I know him well enough to know that he takes nothing for granted.”

Terhar praised Roberson further, specifically in the way that he treats the athletes.

“Joseph cares about the student-athletes as people first, students second, and as athletes third,” Terhar said. “This is important because 95% of our student-athletes will not be making a living at their chosen sport.”

Terhar said that Joseph is a genuine and positive athletic counselor at Pierce, and she believed no one is better equipped for the job than him.

Athletic Director Susan Armenta said she has great respect for Roberson as a person and as a counselor.

“He is very inspirational and I know our student-athletes value his support,” Armenta said. “I value him as a member of our athletic department.”

Armenta also stated that there were a lot of things that made Roberson a great choice as an athletic counselor, and she echoed Zhou’s statement on how he was a student-athlete at Pierce himself.

“He was a student-athlete himself, so he knows the challenges and struggles with balancing sports, academics and life responsibilities,” Armenta said. “He’s had tremendous life experiences that he shares that often resonate with our student-athletes. He attends their games and practices, showing his support while building rapport with them.”

Armenta said that she is confident Roberson will help student-athletes with their educational plans due to how meticulous and detail-oriented he is.

Roberson said he was able to get to where he is now with the assistance from the LACCD staff.

He also said the biggest challenge for him was to get students connected with the campus.

“One of my greatest challenges is trying to make sure that I do my due diligence and supporting students and whatever their educational and life goals are,” Roberson said. “I have to find ways to support them and their goals no matter what, but at the same time give them an accurate perspective of what’s out there.”

Roberson also shared that even though some people may perceive him as an extrovert due to working as an athletic counselor, he actually isn’t one.

“I very much enjoy being alone,” Roberson said. “My role here requires me to live as an extrovert so I think the power in that though is this. I enjoy not needing anyone’s support or validation.”