The Pierce College women’s volleyball had a victorious weekend.

The Invitational games held in the Ken Stanley court (South Gym) and the North Gym at Pierce were against Saddleback Gauchos and Golden West.

Were as also other teams competed.

The game started with some difficulties for the Lady Brahmas who were missing shots but they managed to overcome them.

“The game was OK,” said Head Coach Nabil Mardini “We didn’t play very well. We got to serve better and pass [the ball] better, we didn’t do that so well.” added Nabil Mardini.

Previous to the games on Friday and Saturday the team had won 10 consecutive games.

That day [Friday] The Lady Brahmas won by 3-0, winning each set with a lead higher then five points.

There after, “The girls are tire,” said Sara Garber, 18, a freshman players who majors in Psychology, “We try to relax as much as we can,”she added because “We’ve played 8 matches since the last 8 days, it’s so crazy.”

Bob Lofrano Athletic Director attended the first game and said, “It’s was another good performance, they get better and better as they continue to play, there are still mistakes, but they planning that out as we speak.”

He also said, “As defending state champs, it’s like they have an “X” on their back, every body is trying to beat them so they have to elevate their game to that. And play one game or one match at the time and see what happens. So they shouldn’t worry about tomorrow, they should worry about today.”

They day after [Saturday] The Lady Brahmas competed in the South Gym at 2 p.m. against Santa barbara where they won 3-0.

The other two teams Golden West College versus Pasadena competed as well.

Golden West College won that match and was routed to compete against Pierce.

The next game will be at Pierce, Wednesday Sept. 28 against Oxnard College at 7 p.m. 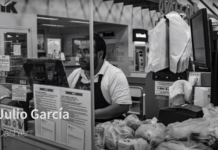