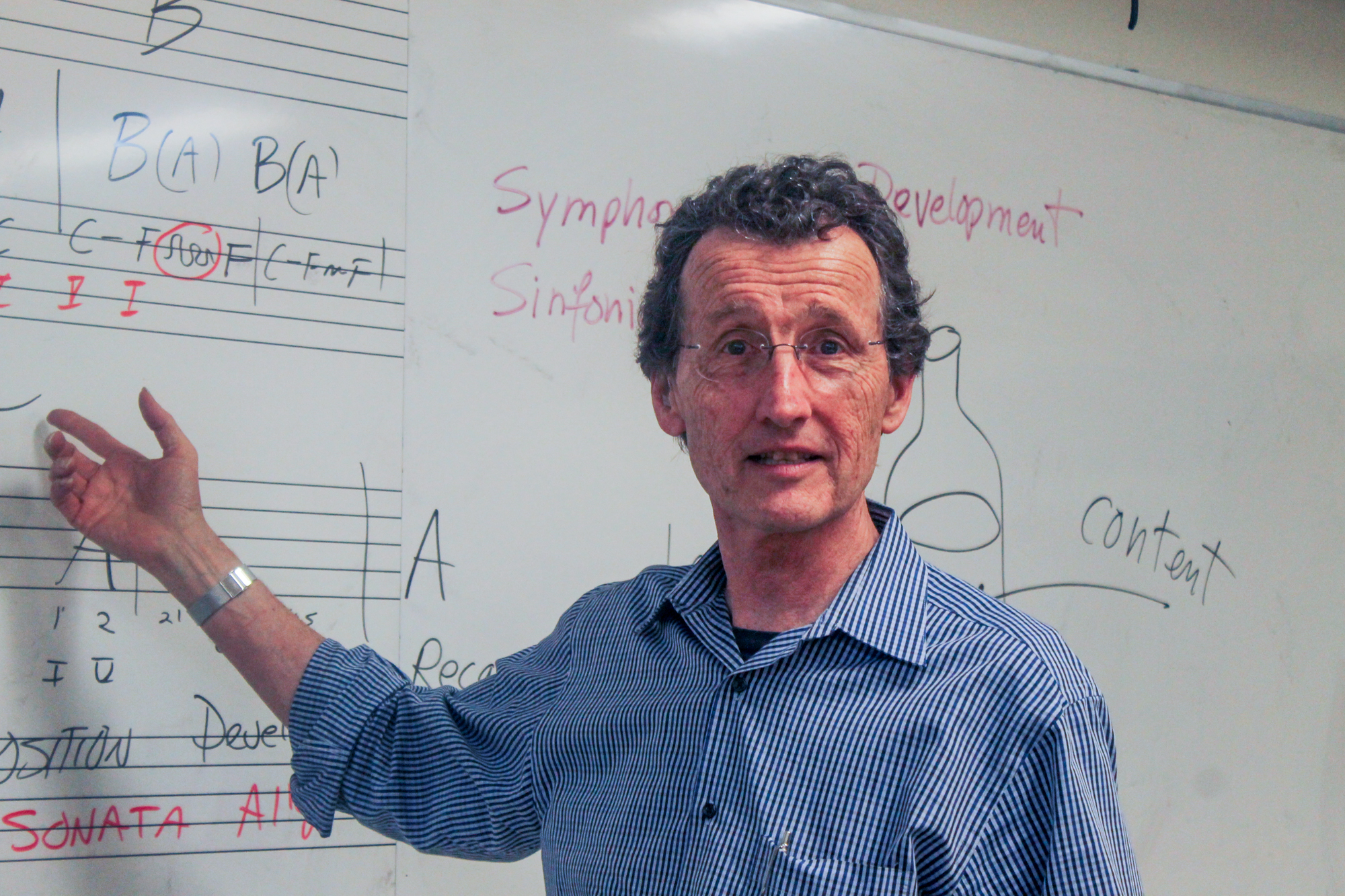 John Schneider, instructor of music at Pierce College, was a three-time Grammy Award nominee before he was a Grammy Award winner.

“I feel so thrilled, absolutely thrilled to have won,” Schneider said. “It’s an honor because I won in a category of music I love so much. A lot of people don’t even know about it. For the Recording Academy to recognize that, it’s a double thrill.”

His award-winning music was inspired by American composer Harry Partch. Schneider said he’s always been a big fan of Partch who was “an artist who never got recognized in his lifetime.”

“He was starving most of his life,” Schneider said. “In the 1930s he was a bum in homeless shelters, and right towards the end of his life he finally got a contract with Columbia Records. His music is so inventive, so funny, makes you want to dance, laugh, cry. I’ve been playing his music since 2001. His music is just incredible.”

Once Schneider completed his doctorate, he returned to Pierce to teach, because when he was a student, guitar classes didn’t exist there. As a result, Schneider decided to start a guitar department.

Richard Moody, one of Schneider’s classical guitar students, found out about his Grammy Award nominations when he was at a guitar store, and realized the CD he picked up read, “Grammy Nominated Artist, John Schneider.”

Even though Moody chose to major in criminal justice, he has taken many of Schneider’s music classes.

“He has taught me that music is like a road map,” Moody said. “There’s always a beginning, and there’s a whole pathway to get to the end. Even though classical guitar is a serious instrument. He makes it really exciting and fun.”

“He’s really good at handling many levels of teaching with many students,” McCarthy said. “He’s super down-to-earth. I actually heard about his Grammy award from a staff here on campus, but he’s never informed the class about it. He’s clearly a wonderful artist and teacher.”

When he’s not in the classroom, Schneider stays busy with his record label MicroFest Records. He runs an annual festival that is also called MicroFest, which he founded in 1997.

Schneider has a radio show called Global Village that can be heard weekly on Pacifica Radio’s KPFK at 90.7 FM. Additionally, he still performs worldwide.

Schneider’s future plans include a book that is to be released in the spring called “The Contemporary Guitar.” He’s currently working on three more albums, all on MicroFest Records.

“Get obsessed and stay obsessed, because you can’t do anything unless you make it your life,” Schneider said.

It is often questioned whether majoring in music will lead one to a successful career path or not, but what most people don’t realize...
Read more
MORE STORIES