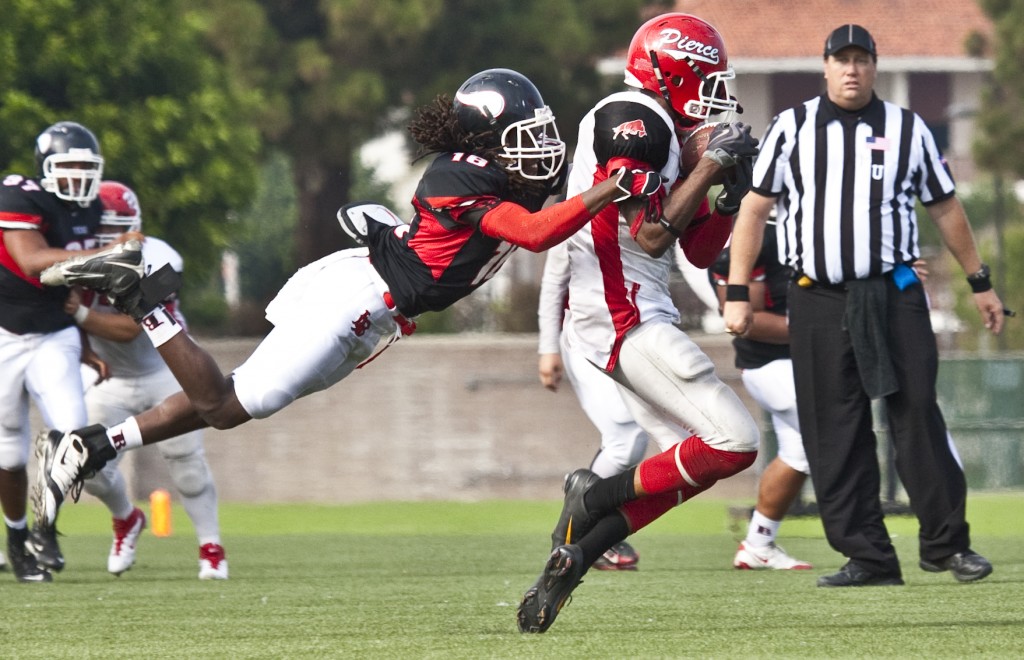 It was the closest game of the young season for the Brahmas so far but the Vikings had the edge winning the game by a score of 54-47.

The game left the Brahmas with a 0-4 record going into their first conference match-up next week.

“As a core we all played well, but there were definitely some mistakes that we made and more that we could have capitalized on,” said Morris.

Offensively the Brahmas did a great job scoring seven touchdowns throughout the game.

However defensively players gave away too many yards and lacked coverage on the Vikings’ offense.

After intercepting the ball, sophomore safety Cody Berry made a 65-yard run scoring the second touchdown for the Brahmas.

Despite Pierce having a productive offensive game, the defense made numerous mistakes allowing the Vikings offense to lead the game.

It was tough for Pierce College’s defense to prevent the way the Long Beach Vikings moved the ball efficiently during the game.

“I told our coaching staff that the coaches lost this one, not the players,” said head coach Martinez.

The Brahmas will play next at West LA College for their first conference match-up of the season on Saturday, Oct.1 at 1 p.m.