A helicopter made an emergency landing on the field at Shepard Stadium today after the emergency lights came on, according to Sheriff’s Department.

The Los Angeles Police Department (LAPD) helicopter appeared to have no physical damage. It is unclear at this time what caused the light to come on.

A city mechanic showed up to and fixed the problem and the helicopter was airborne by around 4:30 p.m.

“They made a good landing,” said Dave Davis, crew member of FTR International. “He set it down nice and easy.” 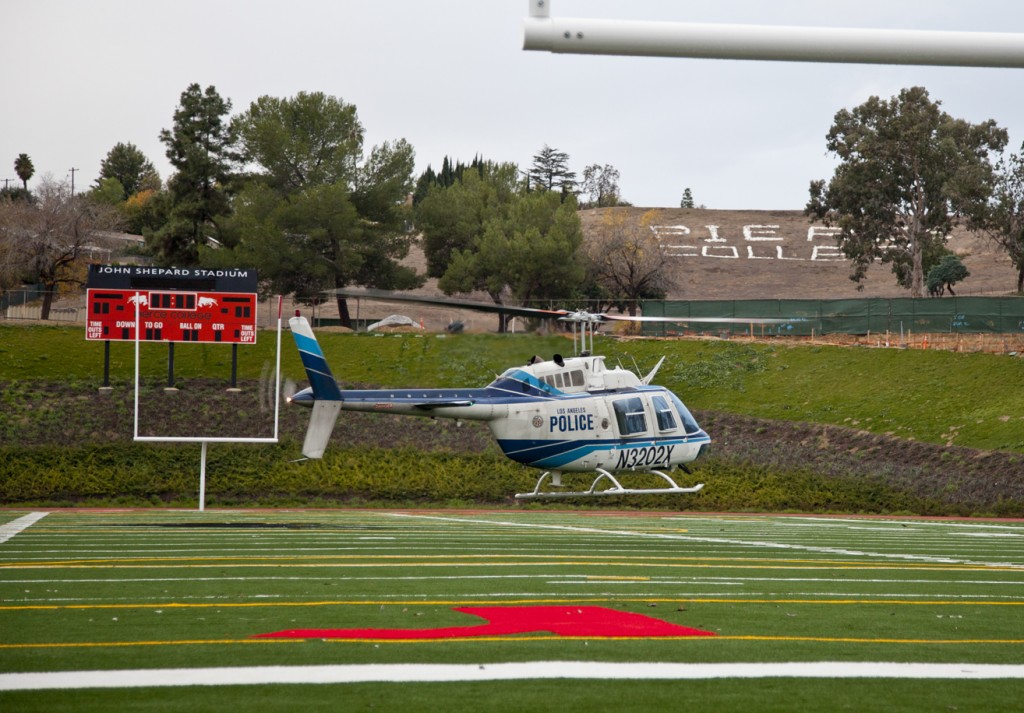