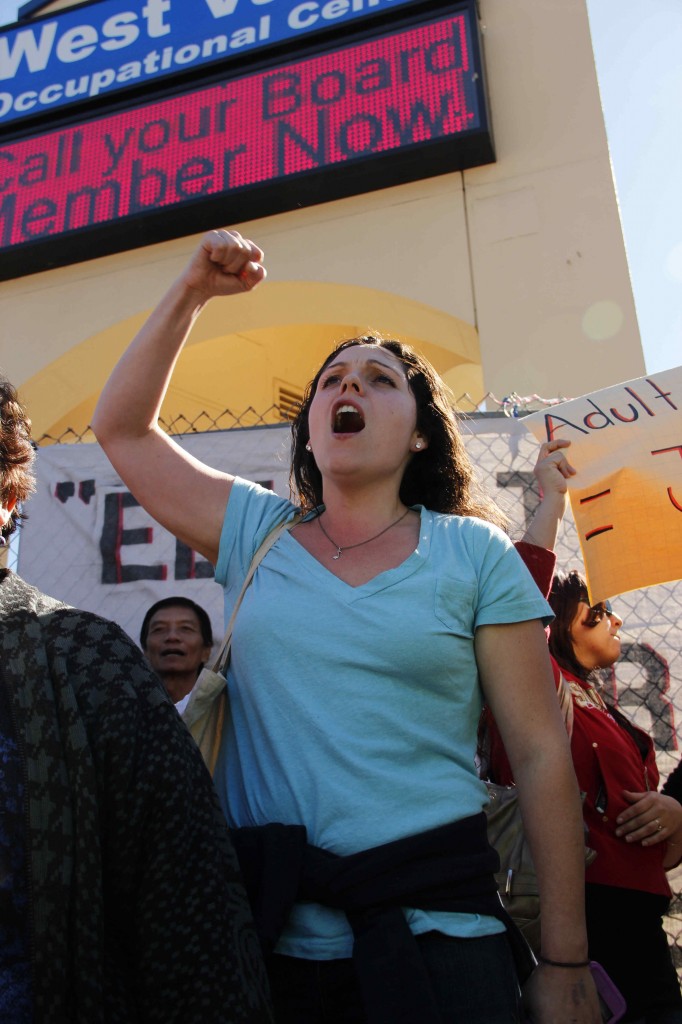 Suzannah, a student attending West Valley Occupational Center joined the protest on Wednesday, February 8, 2012, at the intersection of Winnetka Avenue and Victory Boulevard, in Woodland Hills. Suzannah stood on the street corner chanting, “Save our schools.” Students protest against the closing of adult schools.Photo: Kristen Aslanian

Students and staff of West Valley Occupational Center protested for the possible closure of their school today.

They let the students know a week before when and where this event was going to take place during their class time. 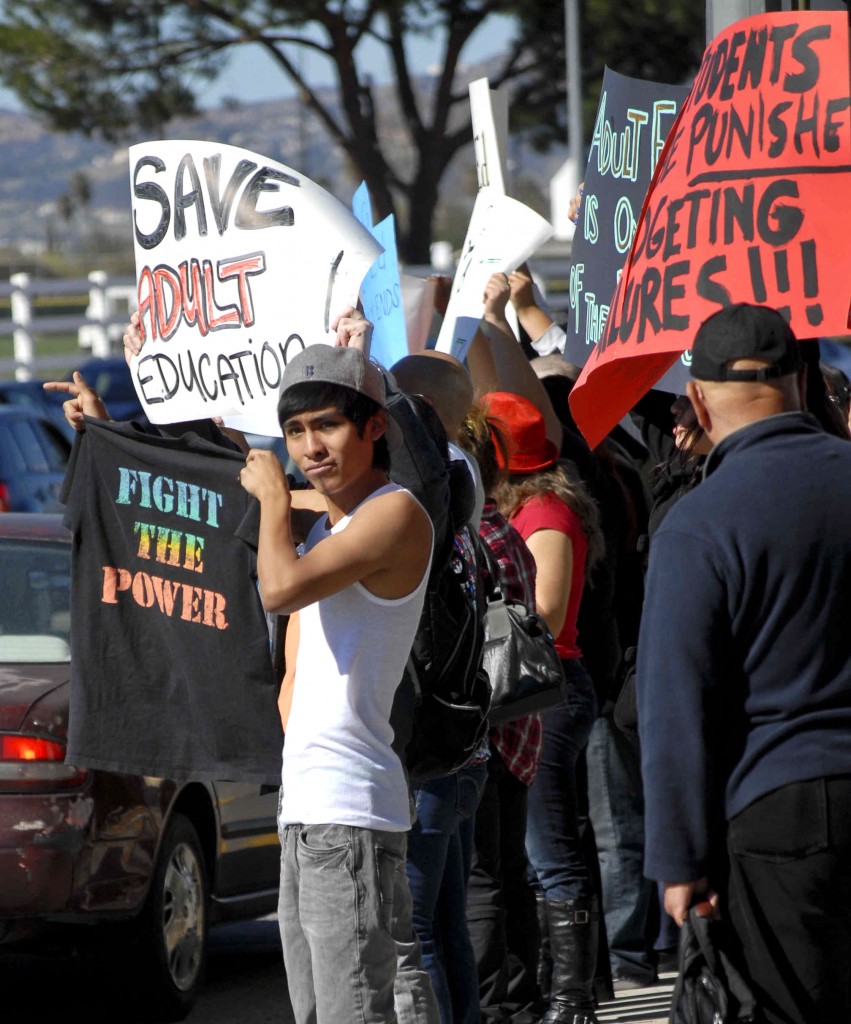 “This school helps drop outs and people that’s first language isn’t English,” said Mears. “We give them a second chance at a education.”

Rod Pierce, an advisor for West Valley believes the state hasn’t supplied the schools with the proper funding to make sure the students excel. 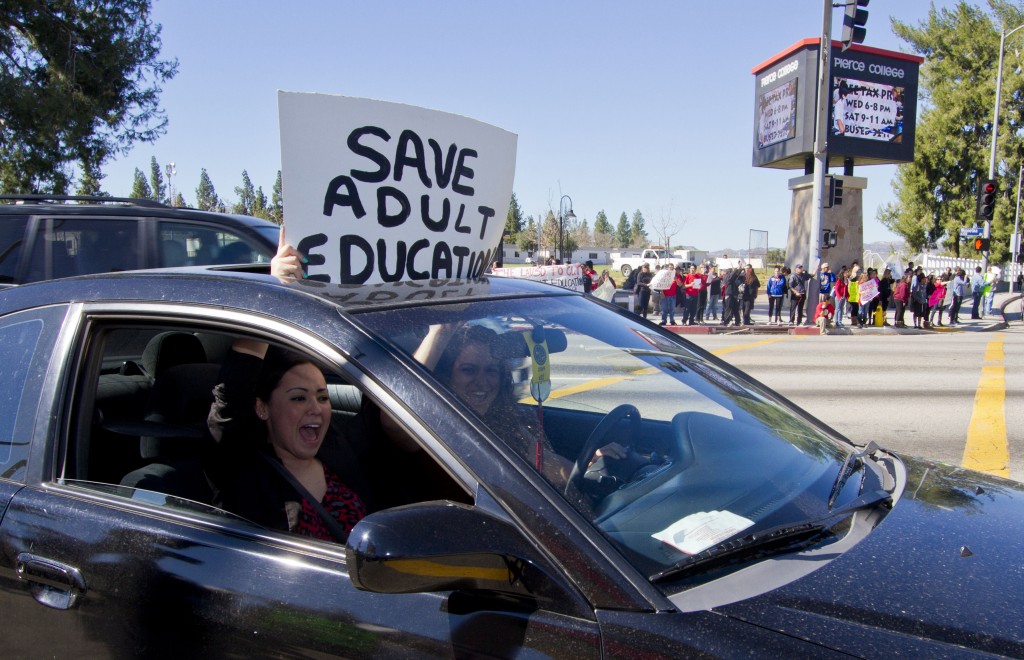 “Pierce isn’t in the business to be teaching students on how to learn English, their job is to get students ready to transfer to 4 year universities,” said Rose.

Elane Berg, 22, a cosmology major was handing out a petition to people to sign to try to fight the cuts. 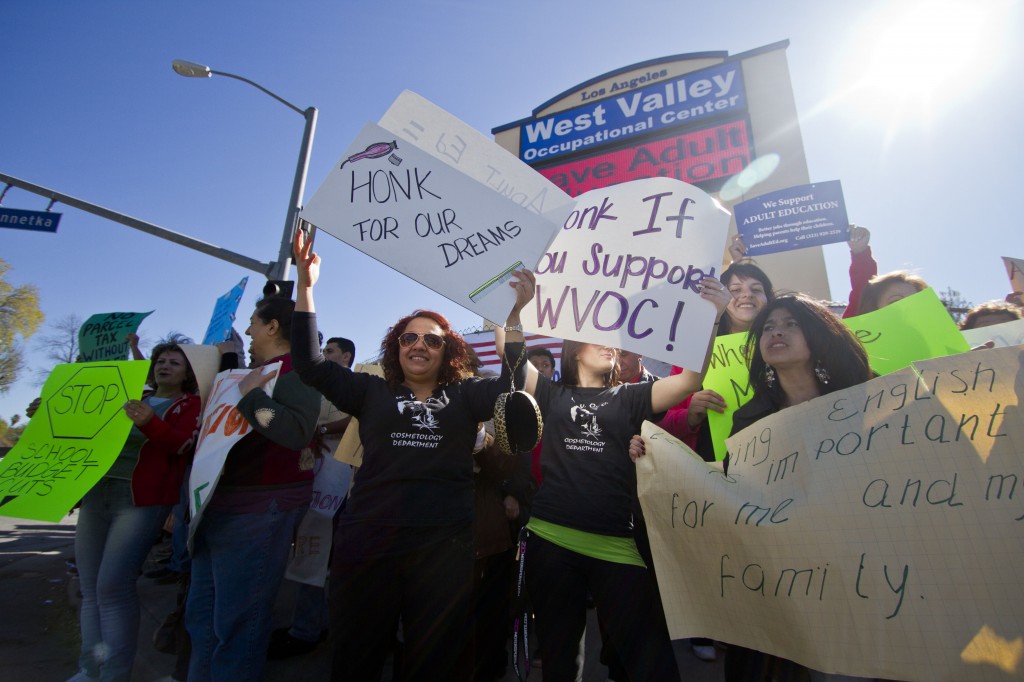 Los Angeles West Valley Occupational Center student Daisy Guerra Holds up a sign which reads ” Honk for our dreams” at a protest of the potential shutdown of adult schools at the corner of Victory Blvd and Winnetka Ave Wednesday Feb. 8, 2012. Guerra who has been studying cosmetics at West Valley for two years says ” they are planning on clossing our school, what they are really doing is clossing our dreams” Photo: Jose Romero

“They are taking away my dream and everyone else’s dreams away by taking away adult school,” said Berg.

West Valley Occupational Center provides students with shorter careers so that they can get a better job opportunity, and classes that they cant have at most junior colleges.

Rebekah Geeslih, 20, goes to both Pierce College and West Valley. She is majoring in Economics at Pierce and Cosmetology at West Valley. 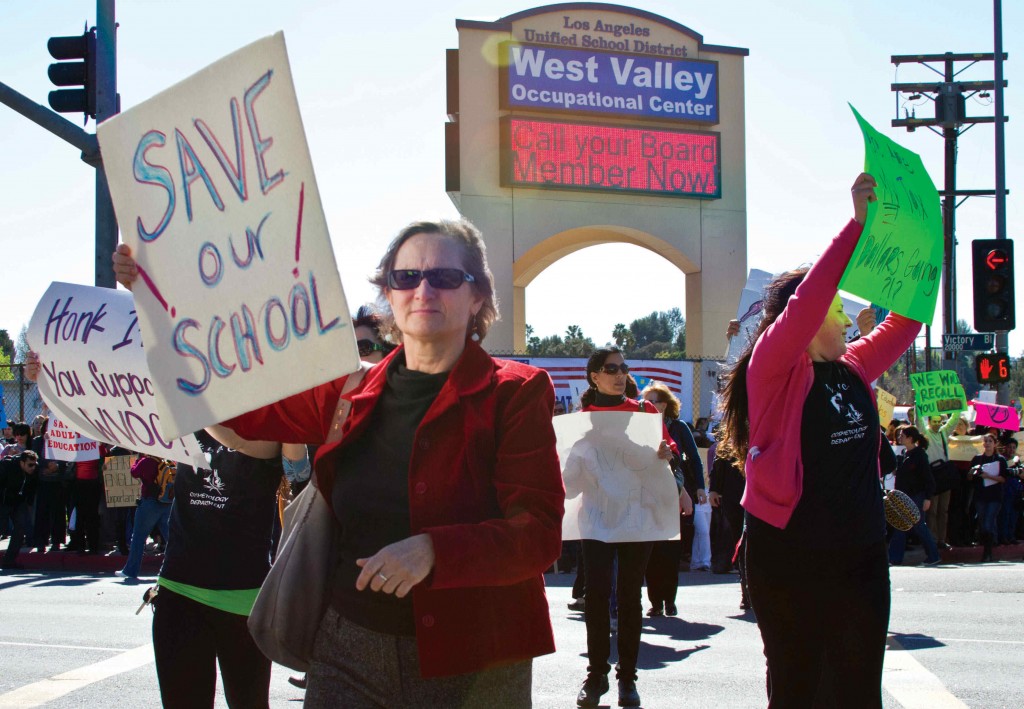 “We need to equip people with jobs, so they won’t become burdens to the state,” said Geeslih. “If the school closes students will go to pierce and the college will be overcrowded.”

Faculty and staff of all adult schools are worrying about what to do if they lose their jobs.

“It’s going to be hard for many of the teachers here to find jobs out there, because it is so hard to find a job now a day,” said Rose. “This will affect many people greatly from the students to the staff.” 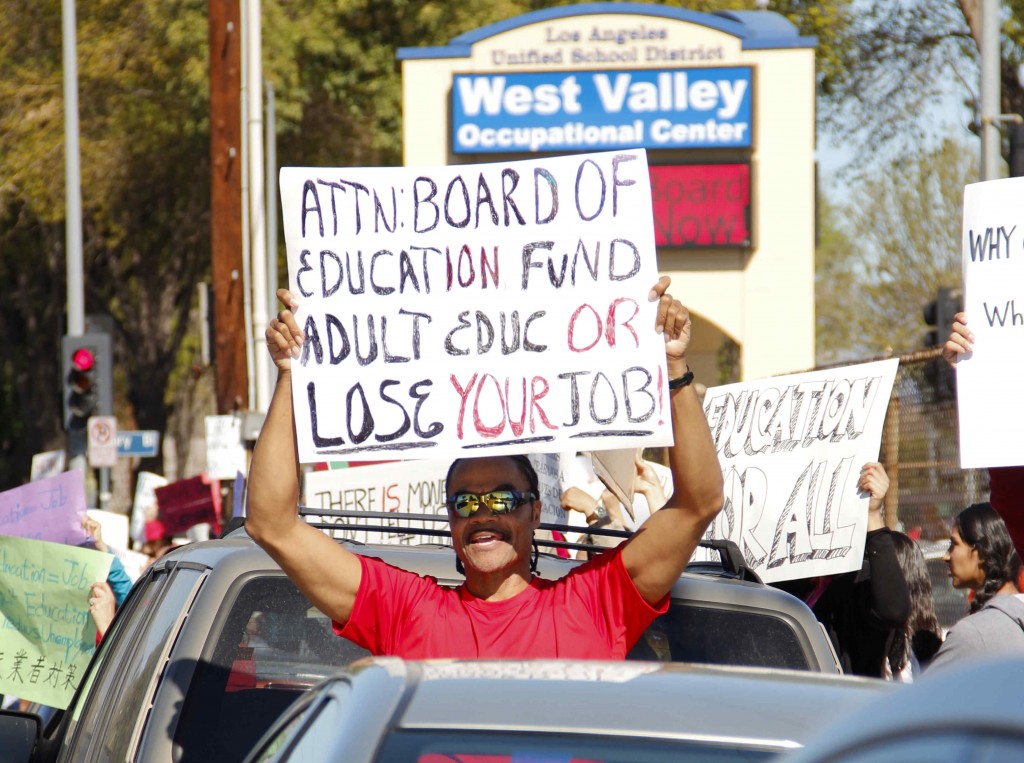