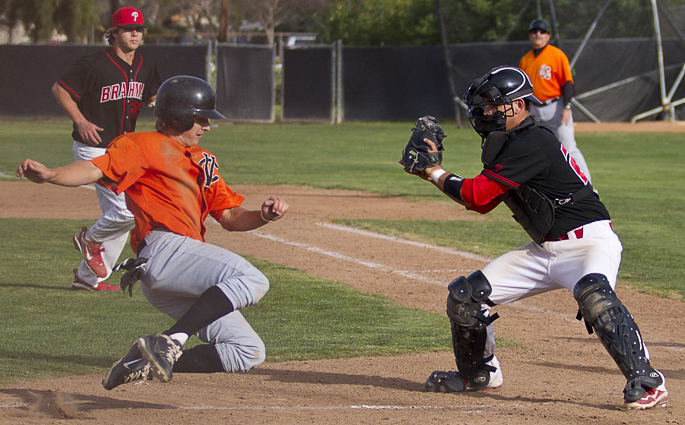 The Brahmas battled throughout all nine innings against Ventura College, but it was their inability to bring all factors of the game together that led them to the seventh lost of the season Tuesday.

Freshman Nick Schmidt came to the plate with two outs in the bottom of the ninth inning, hoping to extend the game; unfortunately, he flied out to center field ending the game with a final score of 6-4.

Pierce’s offense had to adjust to Ventura’s defense with a total of five pitchers.

“Pitching, defense, and hitting. We never seem to do all three at once, and that’s what you have to do to win ball games,” said Brahmas’ head coach John Bushart.

Ventura College, with now a record of 4-4, led the game with a score of 4-0 until the bottom of the sixth inning where Pierce scored three runs.

In the last out of the inning, the Brahmas maintained the bases loaded, but gave up the chance to take the lead.

“We really needed a big hit right there to get it going and we didn’t get that,” said head coach Bushart.

Catcher Greg Koll and shortstop Matt Sanchez didn’t give up. During the last play of the seventh inning they came together, stopping Ventura from scoring another run that could have made the game a three run loss.

The Brahmas’ competitiveness allowed them to continue the game strongly, making great plays and hits but according to Infielder Nick Schmidt inconsistency is one of the things that takes over their ability to perform as a team.

Starting pitcher for the Pirates Dustin Babola led the team during the first six innings of the game and was then taken out after giving up three runs.

Ventura college managed to stay up the entire game and took advantage of walks and errors by the Brahmas to secure the win.

The Brahmas will go away to face Santa Barbara for the second time of the season Wednesday at 2 p.m. 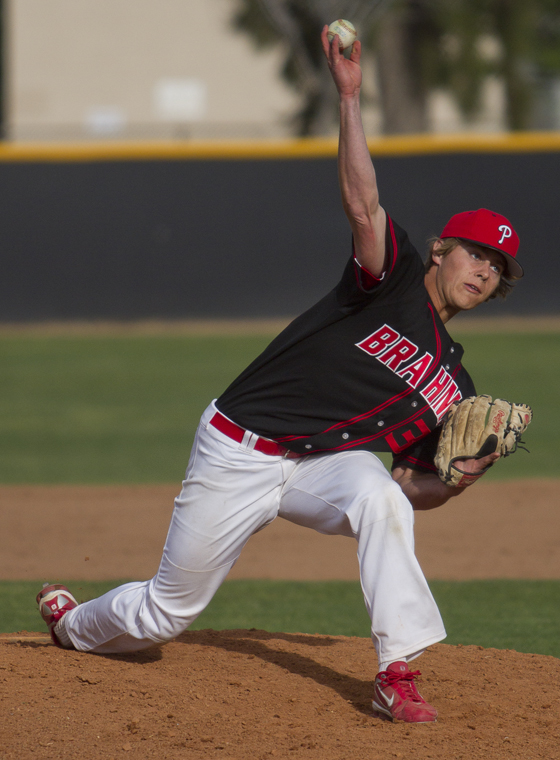 Los Angeles Pierce College Brahmas Pitcher Julian Achez (36) who came on in later innings as a relief pitcher throws out a pitch at this home game against the Ventura College Pirates Tuesday, February 21, 2012. The Pirates came out victorious for this second match up between the two teams (4-6). Photo By: Angela Tafoya

With sports seasons tentatively scheduled to begin in February 2021, Pierce student-athletes have been gearing up to be able to return to competition. It has...
Read more
Featured Stories

Pierce College baseball may only be known locally, but it’s head coach is about to stand on the world stage of America’s pastime.  That’s because...
Read more
Basketball

Missed lay-ups, three-point attempts and constant turnovers proved costly for the Brahmas as they lost to the conference leaders, Ventura College. Despite showing fight toward...
Read more
MORE STORIES