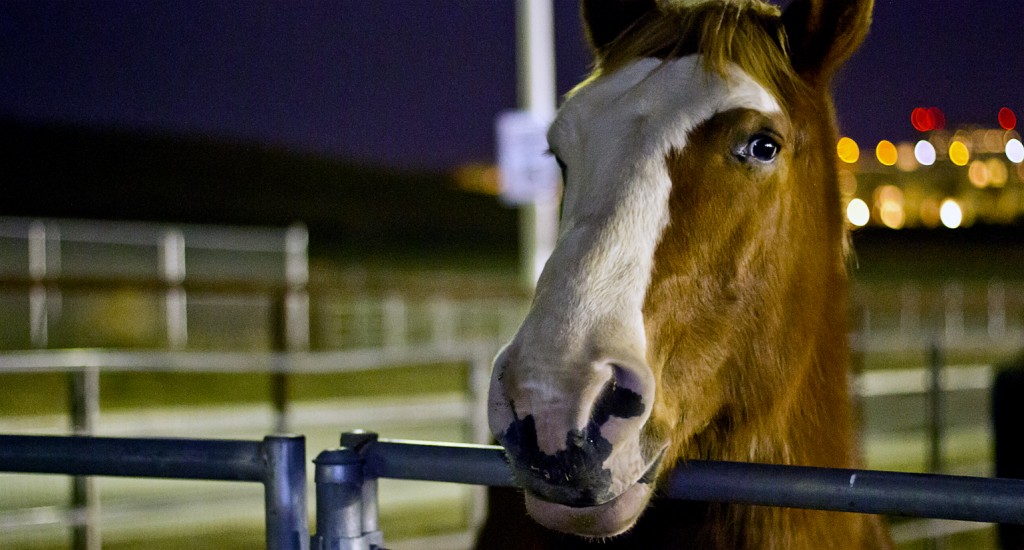 If the farm does not gain resources within a month, Pierce will have insufficient means to feed the cattle, sheep and chicken, Dr. Leland Shapiro, head of the Agriculture Department said.

The college will be forced to shut down the farm, which is home to dozens of animals and many dedicated students.

“It will be wrong to raise animals here if we can’t treat them humanely,” Shapiro said. “But we’re broke.”

The college administration, on the other hand, insists that there is no intent to close the farm.

“There is no imminent threat of the farm being closed down,” Dean of Research, Planning, and Enrollment Management Carol Kozeracki said.

If the farm does close, it would leave agriculture, pre-veterinary and veterinary technology students in the San Fernando Valley and Los Angeles without an opportunity to obtain hands-on experience in treating animals.

“No one is going to go to a doctor who’s only watched surgeries on television or in movies,” Shapiro said. “Likewise, no one is going to hire a manager of a farm or operation unless they have the hands-on experience.”

Without the farm, students would be incapable of competing against other students in the country when applying to graduate schools, UCs or CSUs, Shapiro said.

“I love my students,” Shapiro said. “They have to work so much harder than any other student just to get the work done.”

Tanisha Naido, a pre-veterinary major, chose to attend Pierce over a community college closer to her hometown of Redwood City, Calif., because of the Pre-Veterinary program and the tools it offers its students.

“[The farm] has helped me a lot,” Naido said. “ [We have] the animals, and get hands-on experience. If the farm closes, we won’t be able to learn the way we do.”

The cost of feed per day for the animals is about $90.

“We could feed more animals with that money, but we don’t have enough workers and I don’t have money coming down from the sky,” Shapiro said.

In past years, the farm earned money from movie shoots on the farm and a profitable dairy.

Eventually, the college requested to receive a part of the income from the movie shoots. Today, the farm only receives 20 percent of money paid for usage of the farm for filming.

In addition, when on-sight filming causes accidental damage to the farm, the Agriculture Department is forced to pay for repairs, Shapiro said.

The school also decided to close the Pierce College Dairy to save money.

“Actually, this costs money because the dairy was the only part of the farm that was profitable,” Shapiro said.

Today, in addition to the 20 percent it gets from movie shoots, the farm earns its money from selling baby animals.

“If we don’t get our animals pregnant, we’ll have to sell everything here,” Shapiro said.

The farm receives no money for feed, veterinary care or repairing of fence lines. It does, however, get money for the two full-time laborers, one part-time worker, and the water bill.

The farm has sent a proposal to the Resources Advisory Committee to restore some of its funds, Kozeracki said.

“I don’t know if it’s been approved by the president,” Donna-Mae Villanueva, a member of the committee, said. “I do know that it’s moving along.”

“Taxpayers put money into this facility,” Pierce agriculture technician Russ Schrotenboer said. “It’s really the people’s land. It’s a multipurpose facility for families to get a feel for what a real farm is like.”

A shutdown of the farm would be a great loss to Pierce’s community, Schrotenboer said.

“Where else is a child going to have the opportunity to see what a real farm is like?” Schrotenboer said.

The Pierce College Farm will be hosting a Farm Walk April 22 for students, staff and community members to raise money for the struggling farm, and to benefit the animals and the students.

“We’re really hoping that the community will come forward,” Shapiro said. “It is unbelievably important.”