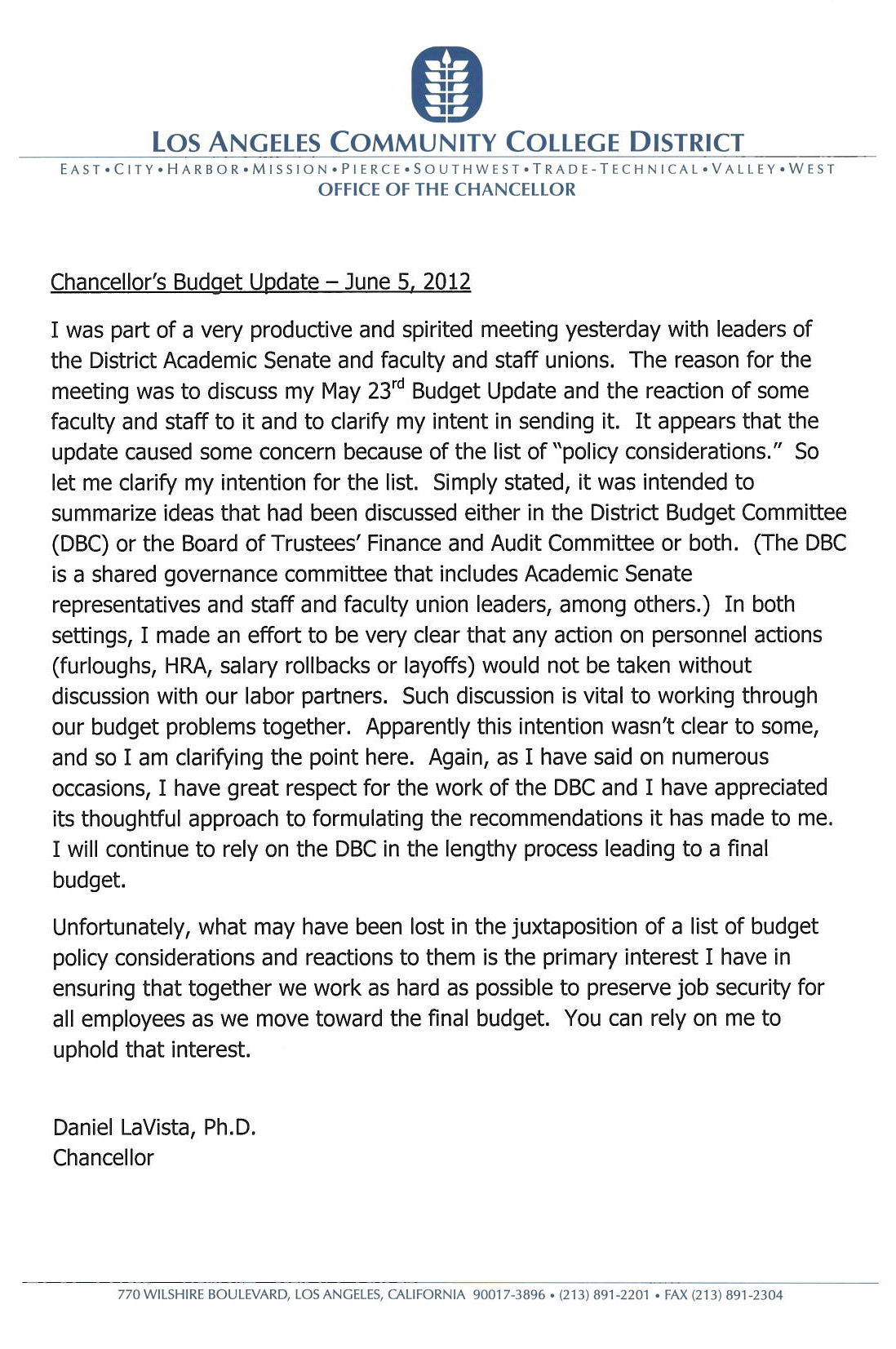 In his one page letter, LaVista conveyed his position to the District Academic Senate, faculty and staff that no personnel action would be taken without conferring with the labor partners.

As the district nears deadline for its final budget, LaVista stated that his main interest is preserving job security for all employees.

“You can rely on me to uphold that interest,” LaVista wrote.

The district is already in a hiring freeze until at least the end of June, according to a March 29, 2012 budget update from the LACCD Board of Trustees.