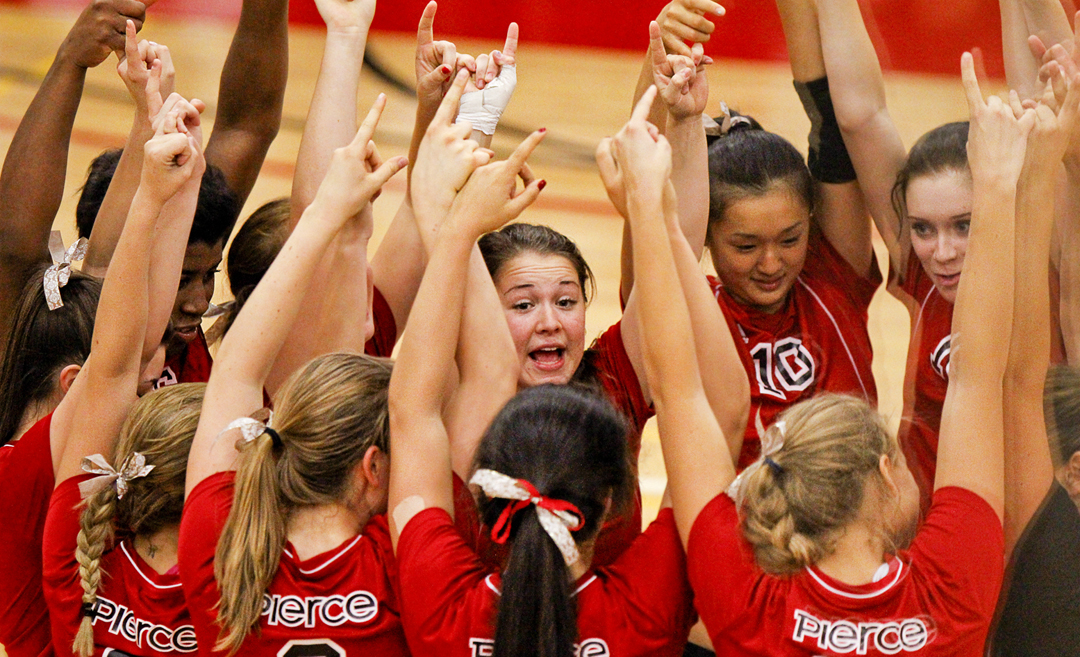 The Brahmas have won every game of every match this season.

There were, however, a few rallies, and 31 errors, that seemed to bring the Brahmas’ invincibility to question, according to head coach Nabil Mardini.

“We didn’t play very well,” Mardini said. “[Moorpark] just made more errors than we did.”

The Brahmas tried out some new strategies on Wednesday, which, according to Mardini, could have been the source of the team’s momentary vulnerability.

Fujii, the sophomore outside hitter from Tokyo, Japan, racked up 13 kills, while Boykin laid down three aces.

“[Boykin] is one of our main serving weapons,” said sophomore setter Janelle Futch, who set up 36 assists.

Moorpark proved themselves worthy opponents, however, fighting point for point more than halfway through the second game.

“We came into the match pretty confident, but they are a good team,” freshman opposite hitter Smith said. “We regrouped [and] started playing as a team more; we know how to take care of business.”

Even after their recent relentless victory at San Diego Mesa College’s Second Invitational Volleyball Tournament in El Cajon, Wednesday’s match proved more of a slippery slope than some of the players would have liked.

“We didn’t play our best, but we played well enough to win it out,” Dawson said. “I think we could do a little better job of defense and serving.”

After the match, Futch gave light to a bit of the Brahmas’ mental approach to the game, as well.

“As soon as we move on to the next point, we do a good job of letting go of it,” Futch said.

The Brahmas’ will be opening up the Third Annual Pierce College Brahma Invitational Tournament Friday at 4 p.m. in the South Gym with a match against Saddleback College.

The tournament is free, and all Pierce students are encouraged to attend.

For more on women’s volleyball and other sports, visit www.theroundupnews.com.