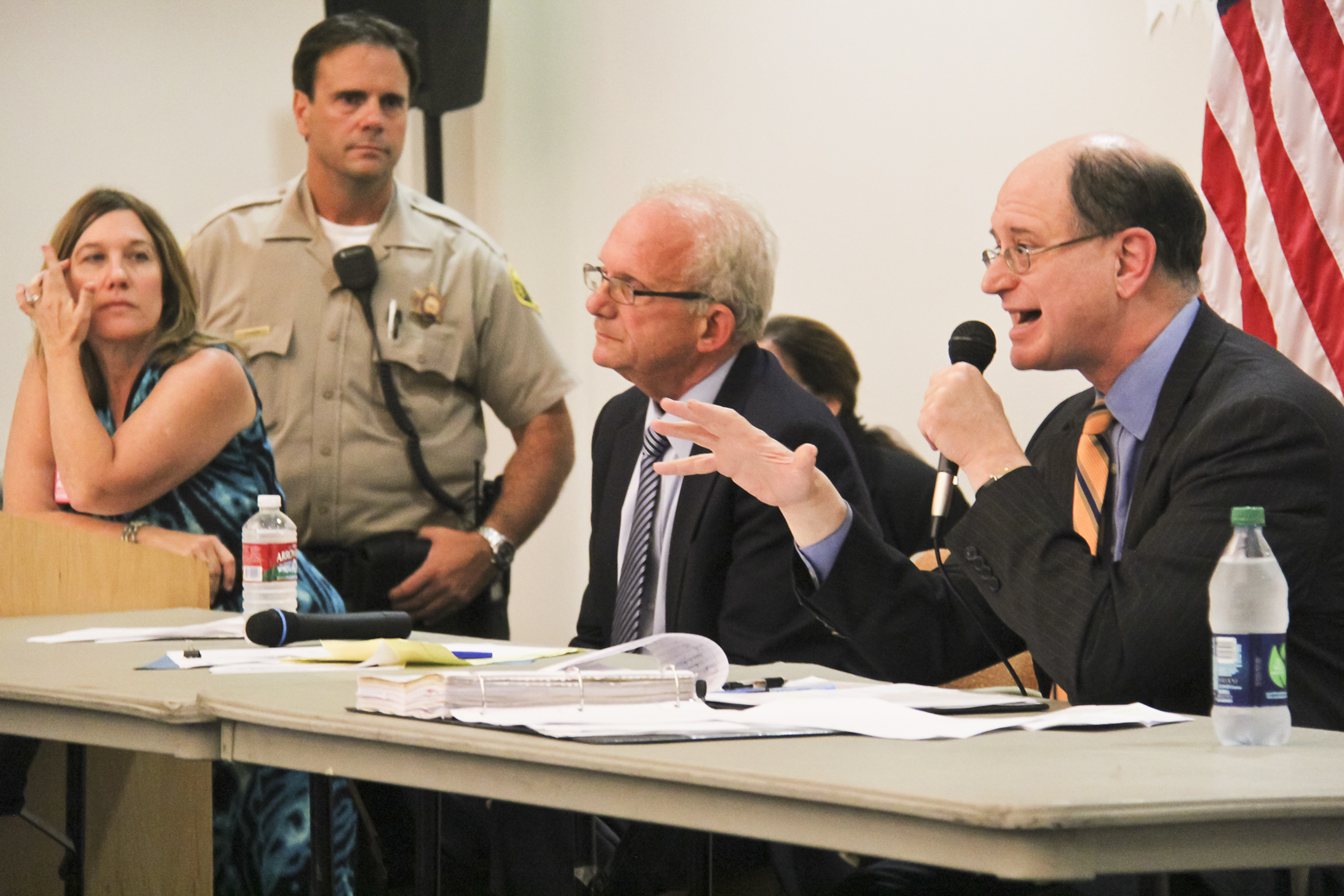 The debate was part of Pierce’s Day of Politics 2, sponsored by Pierce’s Departments of Political Science, Economics, Criminal Justice, and Law and Chicano Studies.

“He reached up and tried to put him into a headlock.” said Berman’s campaign manager, Brandon Hall. “That’s not appropriate for a congressman.”

While trading rebuttals initially focused on responding to a question asked by a student regarding the Valley’s entertainment industry, Berman reassured the audience that he was the author of the DREAM Act, a bill meant to help illegal immigrants gain permanent residency.

Berman, who fell out of his chair twice during Sherman’s opening speech because of a gap in the stage, maintained that he was the author of the bill, despite Sherman’s saying otherwise.

“He lies,” Berman said. “He knows I’m the house author of the DREAM Act. Why does he say that? Because he thinks he can get away with it. But, in the end, ya can’t fool all the people all the time, Brad.”

Standing up, Sherman waited until the crowd’s cheers died down to share his point of view, citing the congressional representative of Illinois’ Fourth District, Luis Gutierrez, as the actual author of the bill.

“Howard, Luis Gutierrez introduced the bill. You didn’t. And the official records of Congress will prove you wrong,” Sherman yelled into his microphone. “Howard, you wanna get into this?”

Upon seeing Sherman put his arm over Berman’s shoulder while yelling at him in the microphone, Deputy William Dunkin stepped onto the stage to prevent the situation from escalating.

“I heard a little bit of a heated argument,” Dunkin said. “They were cooperative. They split up. They were no problem at all.”

The congressmen, who have been pitted against one another this election because of redistricting, continued to speak over the crowd while Dunkin was on the stage.

“Don’t you dare stand up here in the West San Fernando Valley and get in my face,” Sherman said. “Stay away from me. You wanna put your face in mine? Go ahead.”

Sherman was responding to allegations made by Berman moments earlier.

“Brad says things that no one verifies. Is this what you want?” Berman said, pointing at Sherman. “He’s either delusional or he distorts the truth.”

Instead of responding to the questions that were posed, some students and other voters present felt the evening’s debate consisted mostly of the candidates putting each other down.

“It’s a little gutless to call another elected official ‘delusional.’” said Noah, a Sherman supporter from West Hills who withheld his last name. “You’re gonna instigate drama if you get into making ad hominem judgements like that.”

Berman addressed preconceptions the audience may have had early on in the debate and tried to set Sherman and himself apart.

“Superficially, this contest may look like a race between two bespectacled, balding democrats with similar voting records and rhyming names. But in reality,” Berman said, “it’s very different.”

The debate was slated to “thoughtfully engage and inspire students and the greater community,” according to an online article in Pulse, a part of Pierce’s official website.