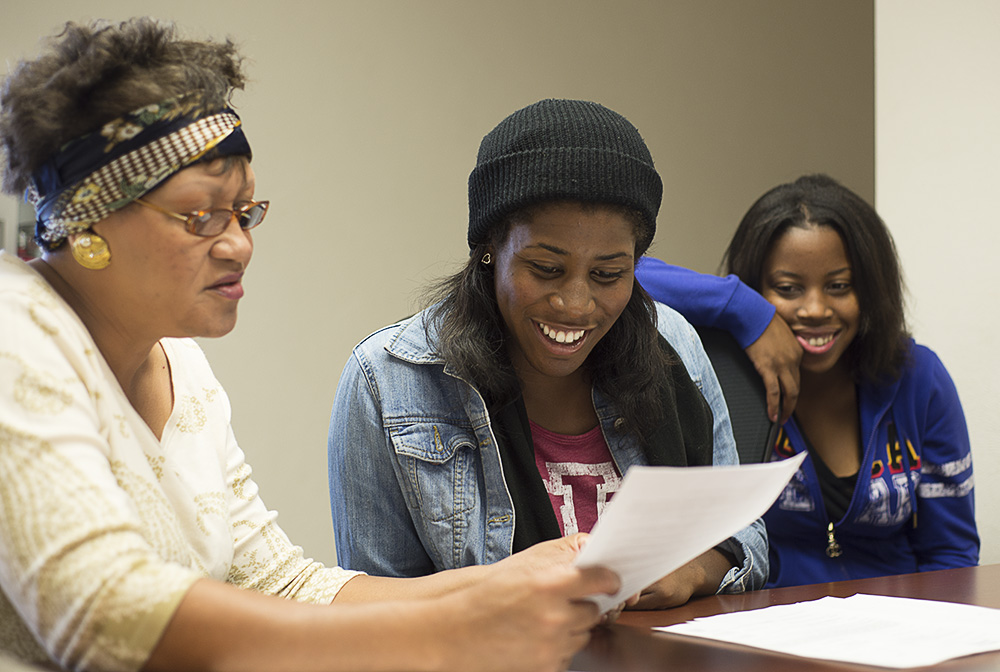 Surrounded by her friends, family and coach, Boykin finalized her move from Pierce to Indiana.

“We’ve been through a lot,” said Terry McWilliams, mother of Boykin. “From living in Los Angeles and for her catching the bus at six in the morning. We been through. I’m just joyful.”

After two years with the Pierce’s women’s volleyball team and an MVP award, Boykin has now taken the next step in her athletic career by committing to Indiana on a full scholarship.

Boykin admits to being a little nervous, but is excited to see what Indiana holds in store for her.

“Hard work finally pays off,” said Boykin. “I’m nervous, but I have to be I guess. I’m really excited to see the weather because it’s going to be really cold, since I am a California girl, one and two to play volleyball because I want to play again.”

As Boykin signed her letter, her teammates and players from the men’s volleyball team came in and out to congratulate Boykin on her achievement.

“Danetta is one the best friends I ever had, and she’s an inspiration,” said teammate Lizzvelleryien Rodriguez.  “It makes me feel good to have people in my life that are doing something positive and something she really worked hard for. I feel blessed to her as a friend.”

Fighting back tears of joy, Boykin finalized her transfer.