New teacher adding it all up 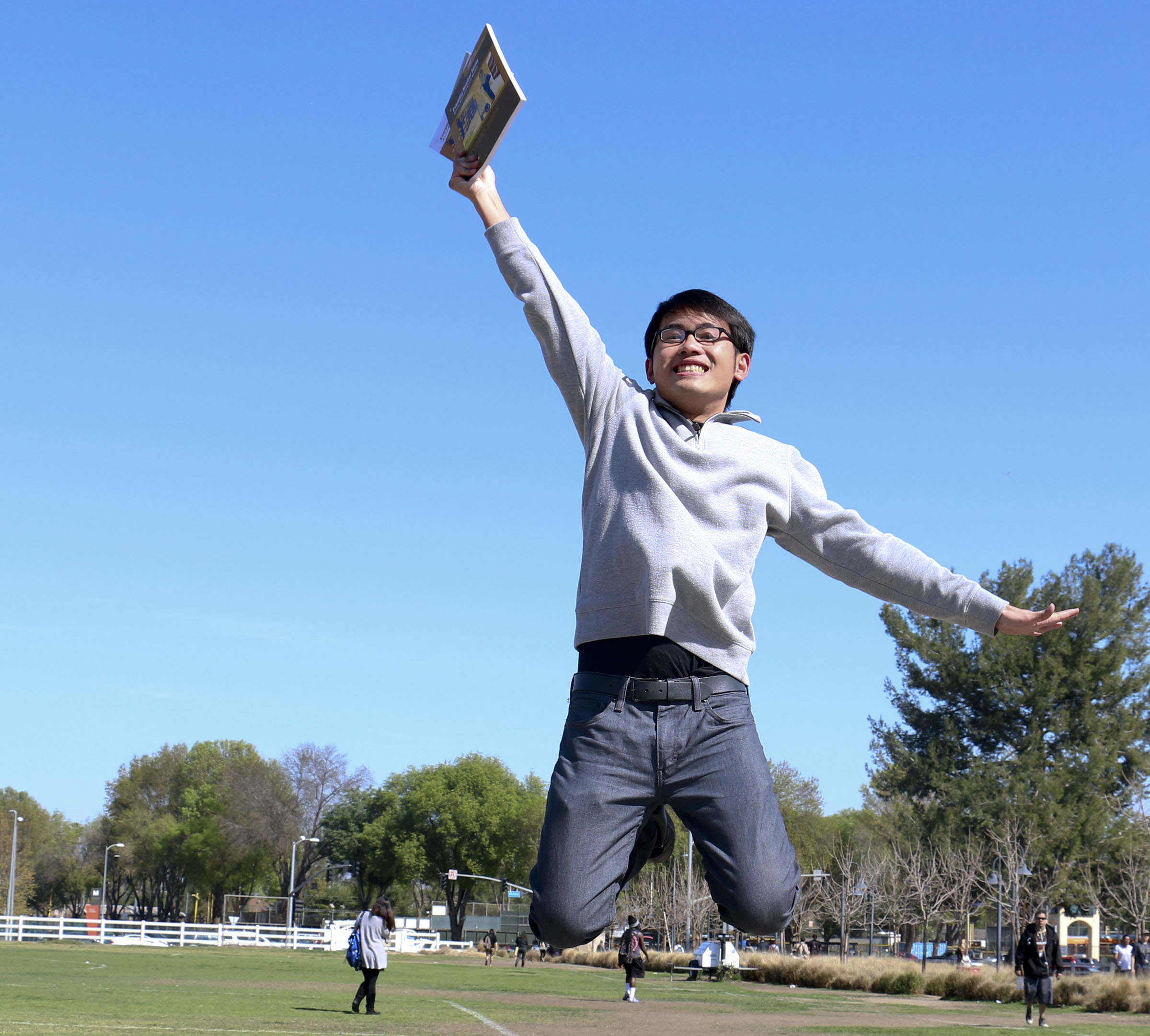 Two markers dance across a board, equations pouring out in two tones that create an easy to understand format. One pen is not enough for this class, lead by one of the new mathematics professors on campus.

Steve Chow is one of the new math professors at Pierce College, and he prefers to use two colored pens in one hand while writing his math formulas in class.

“Writing in one color is too boring for me,” Chow said. “So I like to write in two colors.”

Chow’s style of two-in-one writing using has garnered the attention of his students, who now do the same.

“I was really happy when the students were copying what I was doing,” Chow said. “They want to take the same notes so they have two pens in one hand.”

Even the administration has taken notice of this new teacher and his methods, separating him from other teachers with this unique writing style applied to his teaching.

“According to the department chair this is what I am known for,” Chow said, laughing.

Chow recalls one student actually using a black pen and red pen on his test. “I promised the class that I would use a red pen to grade,” Chow said. “So I got mad at him. But then I thought, you know what let me let you use the red pen, and I will change to purple to grade your tests. One day I hope I will learn how to use three pens in one hand.”

Chow said he particularly enjoys being at Pierce College, and that the offices remind him of dorm life.

”I really liked the department,” Chow said. “It’s just like falling in love at first sight.”

Although Chow is new at Pierce he is not new to teaching. He first started his teaching career with high school students in 2008.

“After I got hired, I was like ‘wow, everybody is so friendly’,” Chow said. “We stay here five to eight hours a day and see my office mates a lot, so we get to know each other really well.”

Chow started his education at a community college. He transferred to UC Berkeley after 2 years and finished his master’s degree at Cal Poly Pomona in math and a concentration in teaching.

Chow also prepares students in the Math Club, which he co-advises with Scott Maccarone, for the American Math Association for Two Year Colleges competitions.

The math club has not decided on a new room or meet times yet because the semester has just begun, but information will be sent out when they do, according to Chow.

Chow teaches a handful of classes at Pierce, including Prealgebra, Elementry Algebra, Arithmatic, Calculus I, and Ordinary Differential Calculus.

“I enjoy teaching and the students,” Chow said. “I get to teach the class that I want and the subject that I like. It is really amazing.”

Pardees Fassihi, an 18-year-old Economics major in a class of his, is happy with the way Chow teaches.

“He is adorable,” Fassihi said. “Always makes jokes, and makes the class enjoyable.”

Nafisa Arif, an 18-year-old English major and student of his, commented that Chow was “the perfect teacher.”

Being one of the younger looking teachers on campus, when asked about his age, Chow joked, “This year is my perfect cube (27), Next year I will have my perfect number (28), and in two years I will be in my prime (29).”

Hard work, dedication and love are not the only things that get Pierce College student Angela Rodriguez through her 16-hour days working for her...
Read more
Editorials

Green thumbs don’t have to be for plants; they can be for communities too. During the COVID-19 pandemic, millions of people have been struggling financially...
Read more
Campus Life

Balancing work and a workout may not seem like an easy challenge for some people, but it’s not a problem for some Pierce students...
Read more
News

Juggling work and academia is nothing new for Pierce College students, but the toll of a global pandemic has caused the increased need for...
Read more
News

Home for Beth Benne has been a place to get a job and enjoy her “happy place” on the porch sitting with her husband. Now,...
Read more
Features

Pierce will be undergoing major changes to its campus within the next decade, one being the new multi-purpose academic workforce education building (MPAWE), which...
Read more
MORE STORIES