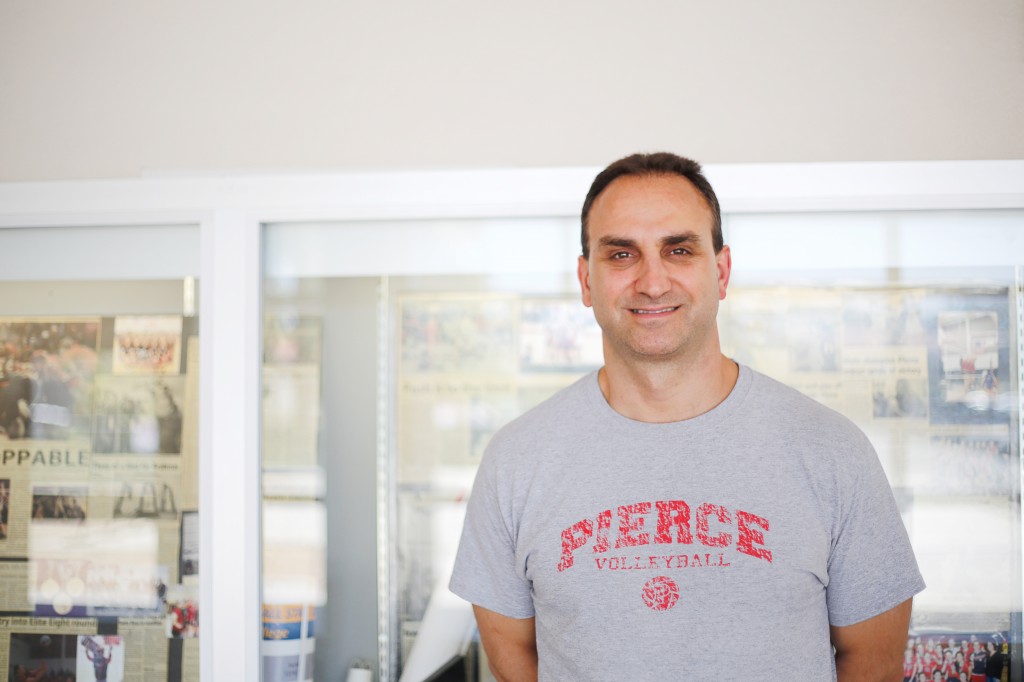 After three seasons of winning state championships, head coach Nabil Mardini suffered setbacks in the 2013 campaign and it resulted in the Brahmas being ousted in the first round.

For Mardini though he is in a new era with a blend of seasoned sophomores as well as some talented young freshmen. Hopefully this year will be different for Pierce as the women’s volleyball team tries to reestablish supremacy in the state.

Mardini sat down for a Q & A to discuss the future of his team and what he expects for the upcoming season.

Roundup: Who is going to be the toughest team you’ll play and why?

Nabil Mardini: We played a lot of good teams. But usually our competition is Bakersfield college. But they’re not going to be in our conference anymore although we play them. They moved to the south from the north. We used to be in the south but we’re in the north now.

RU: Why are they the toughest team?

RU:What do you think needs improvement the most in the team?

NM:We just need to be regrouped in terms of talent. Make sure we’re all healthy. But in terms of improvement we were always looking to improve every time we stepped on the court. If I had to pick one thing I would say our left side attacking or hitters have to better. But we do have some key players coming. Its not official until August 15. So that’s why I don’t want to put their names until its official.

RU: What will this team need to do in order to play at an elite level?

NM: We need good left sides. Obviously the girls are working hard trying to get ready. I think we have a lot. Like I said, with the returning players that we have, and with the freshman and the incoming class I think we’re going to be a force to be reckoned with.

RU: Who do you feel is your strongest freshman and why?

RU: What does it take to be a champion and win a state title?

NM: That can take a book with a lot of chapters in it but obviously it takes a bunch of individuals, in a nutshell, who can elevate the play of their teammates around them. In my opinion, a group of individuals who don’t care who gets the credit in the end. All on the same page. All for one goal, one purpose, one reason. And a good old fashioned hard work. That’s all it takes.

So does this team have it?

Absolutely. We’ll be back. The Brahmas will be back, I can promise you that.