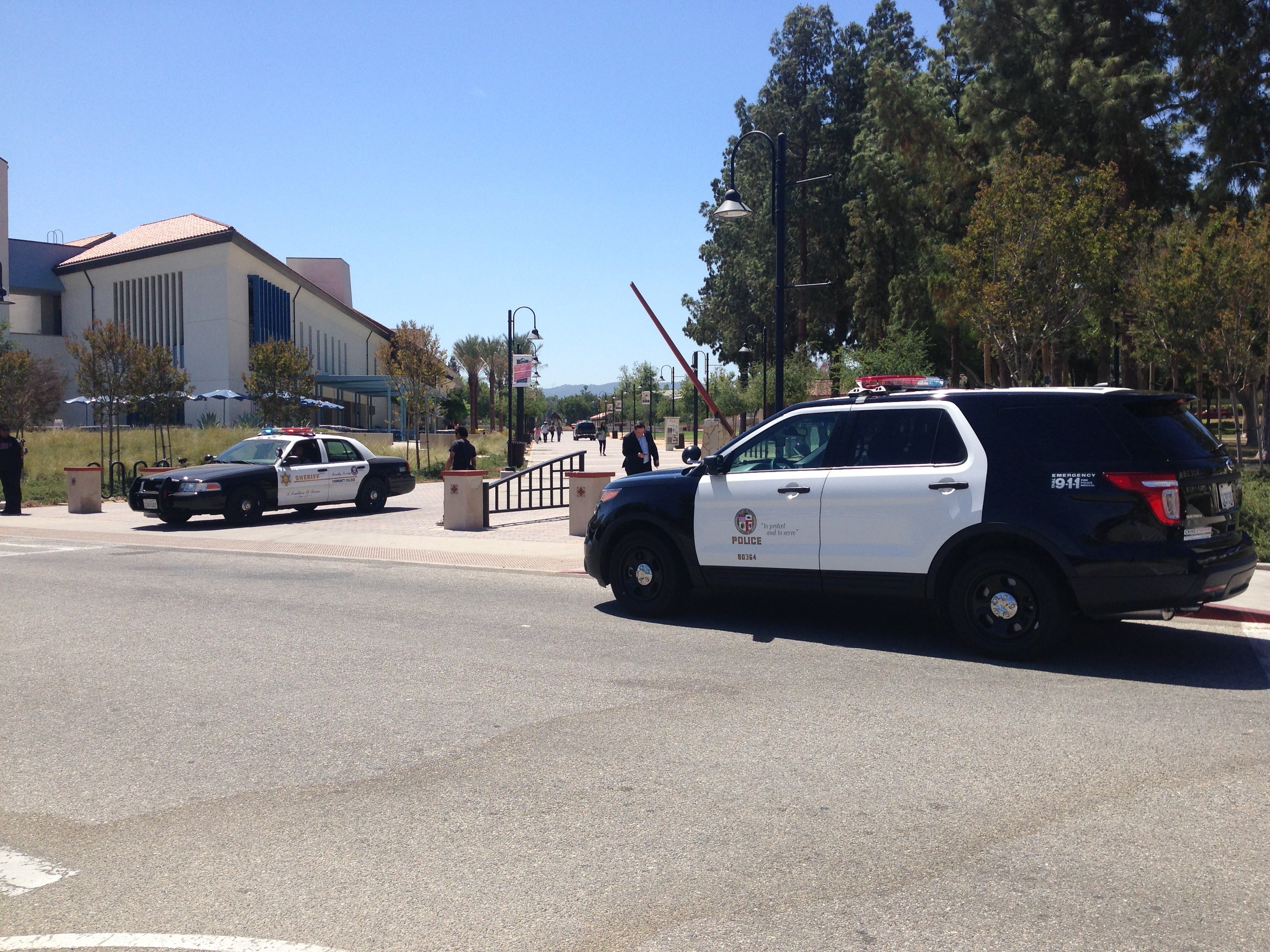 The Pierce College Sheriffs Department was contacted by the Los Angeles Police Department at 10:31 a.m. about the suspect.

The suspect is listed in the Los Angeles Community College District (LACCD) registery of students, but is not listed in any current classes at Pierce College. The Roundup has called the dean of student services, Marco De La Garza, and will confirm as updated.

The president of Pierce College, Kathleen Burke, confirmed the campus closure for the rest of the day as well as postponing the evening’s theater event.

“The campus is going to remain closed for the rest of the day as a precaution,” Burke said.

The suspect was apprehended nearby at Canoga Bowl and is not a Pierce College student, according to the Los Angeles Police Department.  The suspect was also not carrying a weapon.

According to Barbara Anderson, Dean of Academic Affairs, the lockdown on campus is still in effect.

Although an alert system notified students, faculty and staff via text and email of the evacuation, classes still carried on in the Center for the Sciences due to issues with wifi signals throughout campus.

“Nobody told me anything,” adjunct professor of life sciences Nikki Osborn said.  “My class just went on.  There’s no signal in that room.  It’s a dead zone.”

All children in the Child Development Center (CDC) have been safely relocated to the North Gym and will be moving back to the (CDC) in the next 15 minutes.

The Library/Learning Crossroads has been evacuated and campus is on lockdown as the Los Angeles Police Department arrived after a librarian saw a man with a potential gun.

All classes have been cancelled and students are being advised to leave the area.

“Kathleen [Burke] has ordered the campus shut down for the remainder of the day,” Dean of Student Services David Follosco said.

In an email from the college, the evacuation is required due to a precaution and more details will come. Remain calm. Follow instructions of emergency and other college personnel. If you’re off campus, do not approach campus until further notice.

Any campus activities that were scheduled for today are postponed until further notice.