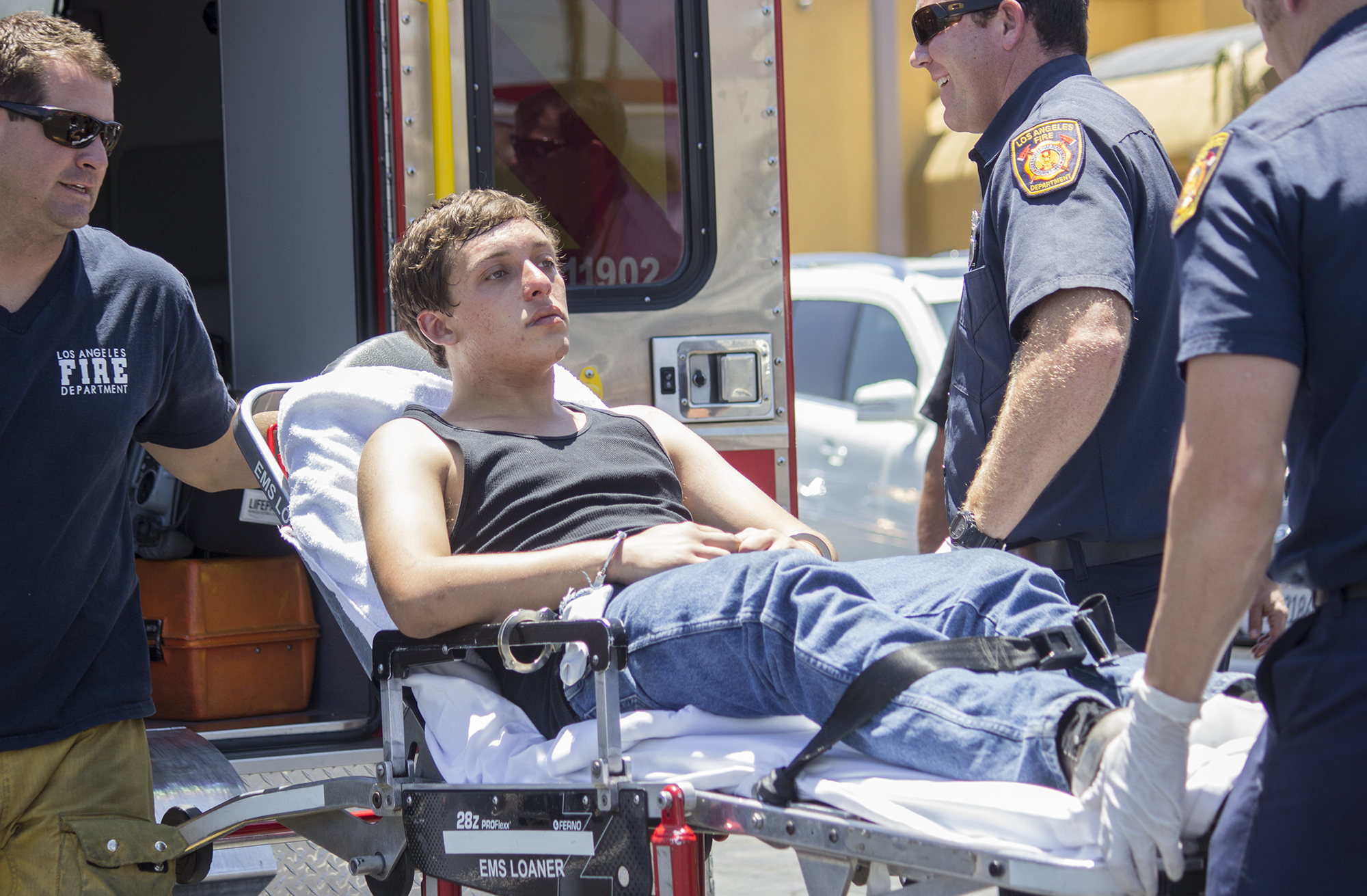 Pierce College was evacuated Friday, May 30, because of a possible shooter in the campus library.

The suspect wrote a suicide note that was found, according to police officer M. Delgado.

“He had made some sort of writings that he wanted to hurt himself,” said Police officer M. Delgado. “We were concerned that he possibly had a gun and that’s why we went above and beyond so that we don’t get a situation like Santa Barbara.”

The suspect was thought to be on either the Pierce College or LA Valley College campus. Obed Rodriguez, 19, journalism major was in the library when sheriffs came in.

“They had their guns out when they came in. One had an assault rifle out. They told us to keep our hands up and we had to get out of the library because of a possible shooting.”

Pierce student Michael Thrasher, who spoke to a friend that works as a sheriffs cadet said, “Someone said he was going to kill himself and that he had a gun. Now they can’t find him.”

More than 15 sheriff’s and police vehicles are on site. Sheriff officers in vests, helmets and carrying assault rifles were on the scene.

They began heading into the library but returned shortly. The suspect was at nearby Canoga Bowl were he was in contact with someone, according to Delgado.

“He had been making contact with somebody saying that he was here,” Delgado said. “We came, couldn’t find him and finally we came again and he was here.”

Mike Willis, manager of Canoga Bowl, said officers had checked the bowling alley’s security tapes to confirm the suspect was there.

“The guy was here who was involved,” Willis said. “The police came in and reviewed the tapes and saw that he was here and they came to get him.”

The suspect was handcuffed and put on a stretcher before being put on an ambulance.

Delgado confined that the suspect wasn’t armed and was placed under what is called “mental hold” which is an involuntary confine of someone suspected of having a mental disorder potentially making that person a danger to themselves or others, according to California penal code 5150.

“He wasn’t armed. It was young guy with possible mental problems,” Delgado said. “Any time somebody with mental problems indicates that they have some kind of gun we’re going to above and beyond. Right now we’re done. It’s what’s called a code 4. Everything’s ok.”

Pierce will be closed for the rest if the day and activities will continue Saturday May 31 at 6 a.m.