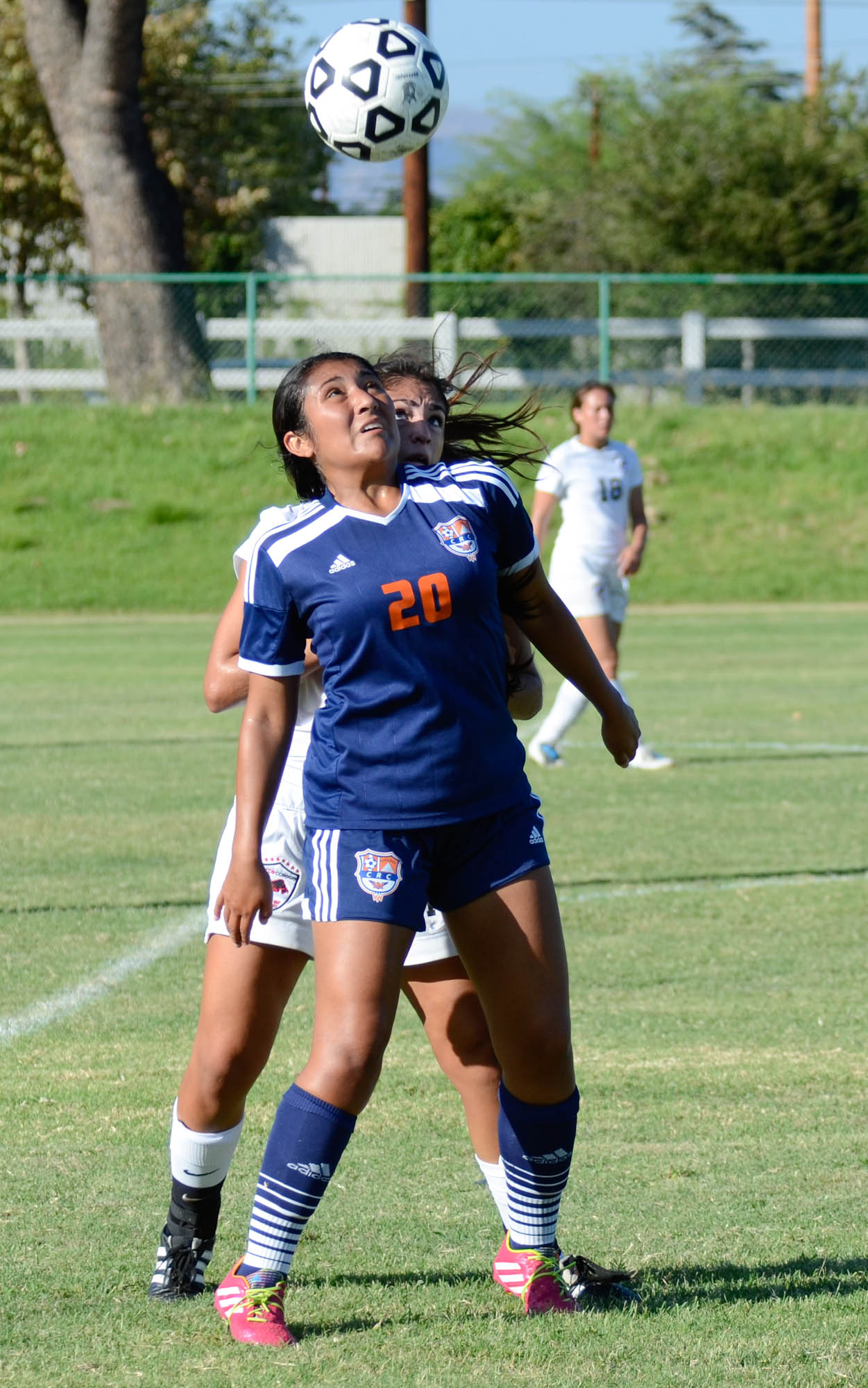 The Pierce College women’s soccer team played its second tied game of the season against Cosumnes River College on Friday Sept. 19 in the Pit at Pierce College.

The defense by both teams was the key to the 0-0 score.

Coach Adolfo Perez was happy with his teams defense but does think offensively something could have been done to prevent the draw.

“Anytime you get a shutout, it’s good. Offensively, I wish we would’ve scored, but that’s a tough team. They’re a team that plays great defense too. We could’ve finished opportunities. We had opportunities. We just have to score on them,” Perez said.

There wasn’t a lack of physical contact, as there were multiple injuries.

“It was frustrating,” Wolny said. “I don’t think it was intentional on their part, but you know, it just comes with the game. We did our best to go in equally as hard, so I don’t think it could have been prevented.”

Defender Alexis Mendias talked about her thoughts on the injuries and how she feels about the ongoing injuries in almost every game.

“Every game has been kind of sketchy. Every game, at least one person is getting hurt. It’s just always on your mind,” Mendias said.

A good start for a team that is still adjusting to the way all the women play, according to Mendias.

“I think we could’ve connected a lot better in the middle so we can advance more. We’re still trying to get to know where everyone goes and be familiar with everyone’s spot. Just communication, and passing, and being confident in how we play,” Mendias said.

The next game for the Pierce women’s soccer team will be on Tuesday, Oct. 7 against Santa Barbara College at 2 p.m. at Pierce.