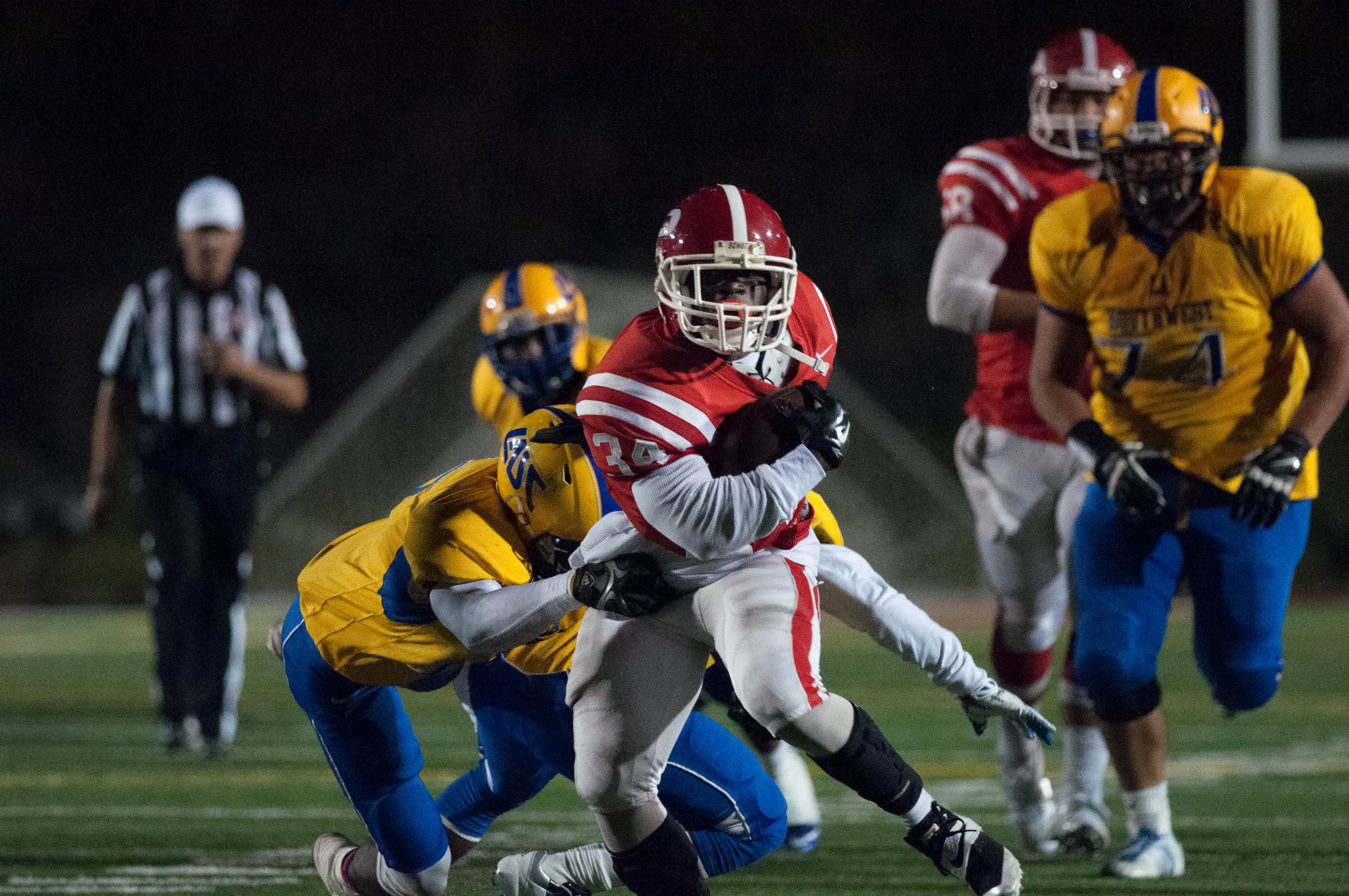 The Brahmas started the game’s first offensive drive at the 24-yard line when running back Shakeem Wharton had the biggest play of the drive. Wharton ran 24 yards to the Cougars’ 33-yard line. That play set up wide receiver Rashaad Shamburger’s touchdown catch to give Pierce a 7-0 lead in the opening minutes of the first quarter.

Brahmas’ coach Efrain Martinez knew how important this win was for the Brahmas as their last victory was six weeks ago against College of The Desert.

Quarterback Edrees Ahmadi had an efficient night as he completed 8 of his 13 passes for 115 yards with two touchdown passes and no interceptions.

Pierce receiver Jamere Austin put together the best play of the game. Ahmadi threw a pass to Austin who leaped in the air and over a Cougar defensive back in the corner of the end zone to give Pierce a 14-0 lead.

“This is what we were waiting for all year long,” Martinez said. “Ahmadi is the quarterback for the rest of the season.”

Players including Wharton, Zach Mumford, Jhanard Dorsett, who led the team with 12 carries for 112 yards and two touchdowns, shared the success of the offense.

Mumford carried three times for 11 yards, which included a run on a fake punt down the sideline to give Pierce a first down. Mumford’s play led to Shamburger’s post-route touchdown reception to give Pierce the 27-0 advantage with around 11 minutes left in the first quarter.

With around 8 minutes left in the second quarter, cornerback Jay’Onn Myles read Odom’s eyes. Myles jumped in front a Cougar receiver for an interception and proceeded to race 52 yards untouched down the sideline to give the team a 34-0 lead. The Brahmas ended the first half of the game leading 48-0.

Southwest scored its first points on a 75-yard touchdown by running back DeAndre Story with 4:35 left in the third quarter and the Brahmas saw their first punt of the game at the 3:11 mark of the fourth quarter. The game ended with a 69-14 Brahma win.

Pierce wide receivers coach and former NFL and Canadian receiver DeWayne Jett, appreciated the efforts of the offensive line in this contest.

“Those guys have been working hard all year,” Jett said. “Tonight they had a chance to demonstrate their talent and they did.”

The Brahmas will travel to Santa Barbara City College on Saturday, Oct. 25 to take on the Vaqueros at 1:00 p.m.