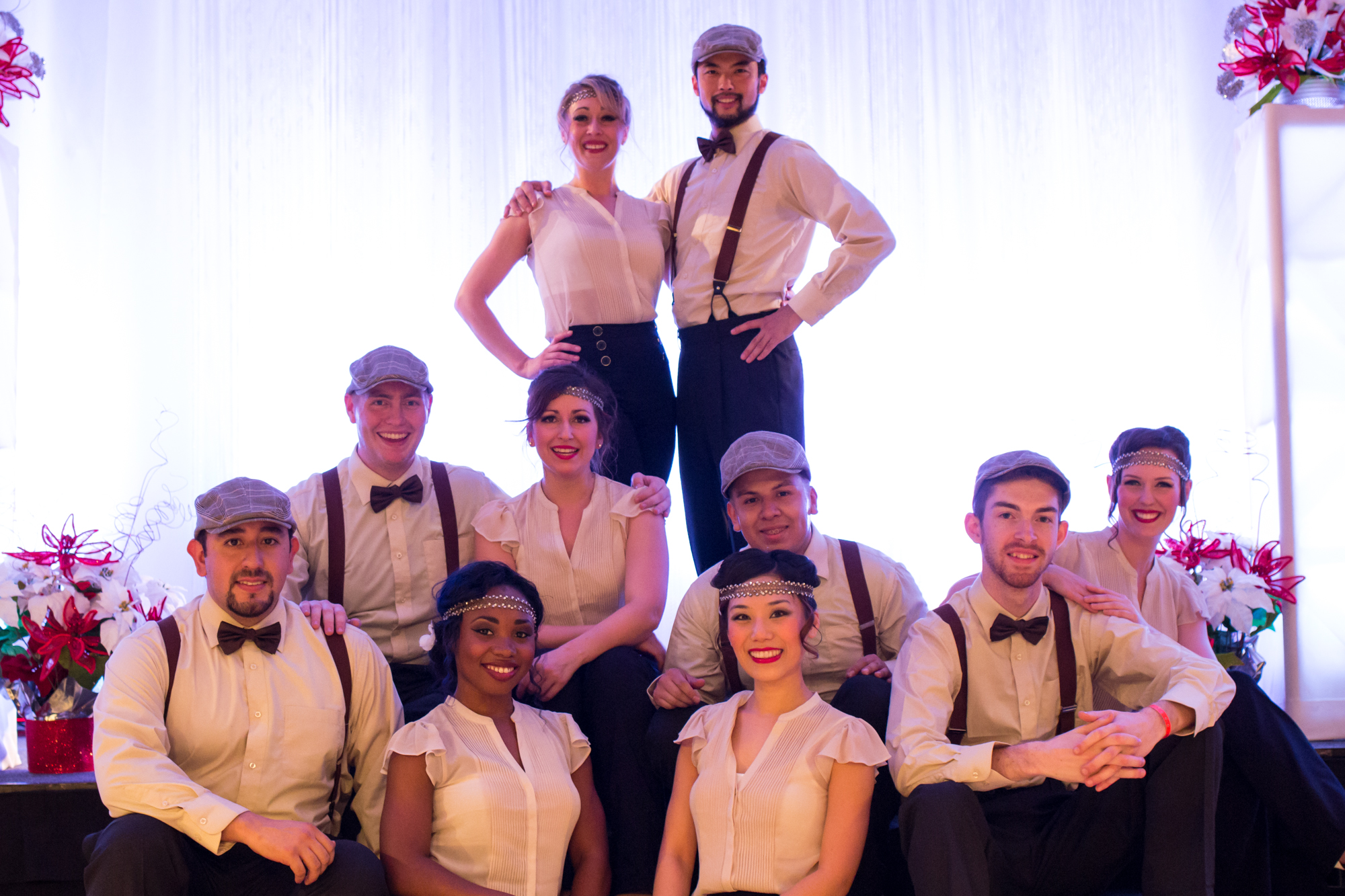 Artistic Director Denise Gibson and Jason Sun worked together for the first time as co-choreographers for this year’s routine. Although they had a few mishaps in their performance Friday night, they feel they did really well. The team existed since 2006 and participated in the first U.S. Open Swing Dance competition in 2007, where they won second place.

“I think it went really really well, although I’m not sure how the performance went because I ended up in it. One of our girls got sick and Shi Young stepped in as the understudy,” Gibson said. “I think everyone was a little nervous, because we really care about each other and all really want to do a good job for each other, and there’s a certain amount of nerves that happen.”

Gibson shared how unpredictable dance can be, as people sometimes become sick or are injured unexpectedly. Two last-minute replacements in the dance competition were necessary.

Pierce student and understudy Bryan Garcia was brought in to the group four weeks ago and had to learn the dance routine in time for the competition.

“I’m still kind of shocked to be here, and I wasn’t nervous, I was really, really excited,” Garcia said. “It’s a different sensation; it’s all about teamwork. I think everybody pushed me to get better and answered any questions I had.”

Before they hit the stage, they shared a huddle and a hug with one another, a pre-show ritual. Jason Sun rallied the group by using his broadcast voice to reminding everyone to stay in character and beat the nerves.

“There’s nervous ‘excited,’ and there’s nervous ‘you’re a wreck,’ and you wanna keep it nervous excited, and you don’t want to be so nervous that you can’t function,” Sun said.

Having won second place overall, “The Swingheads” say they are honored, and are excited about next year’s competition. They say they know that their group’s hard work paid off. Char (Donai) Brooks, a Pierce student and dancer shared her feelings on winning second place in her first competition.

“It just makes me want to work harder, and makes me really excited to be part of the team and to be a dancer,” Brooks said.