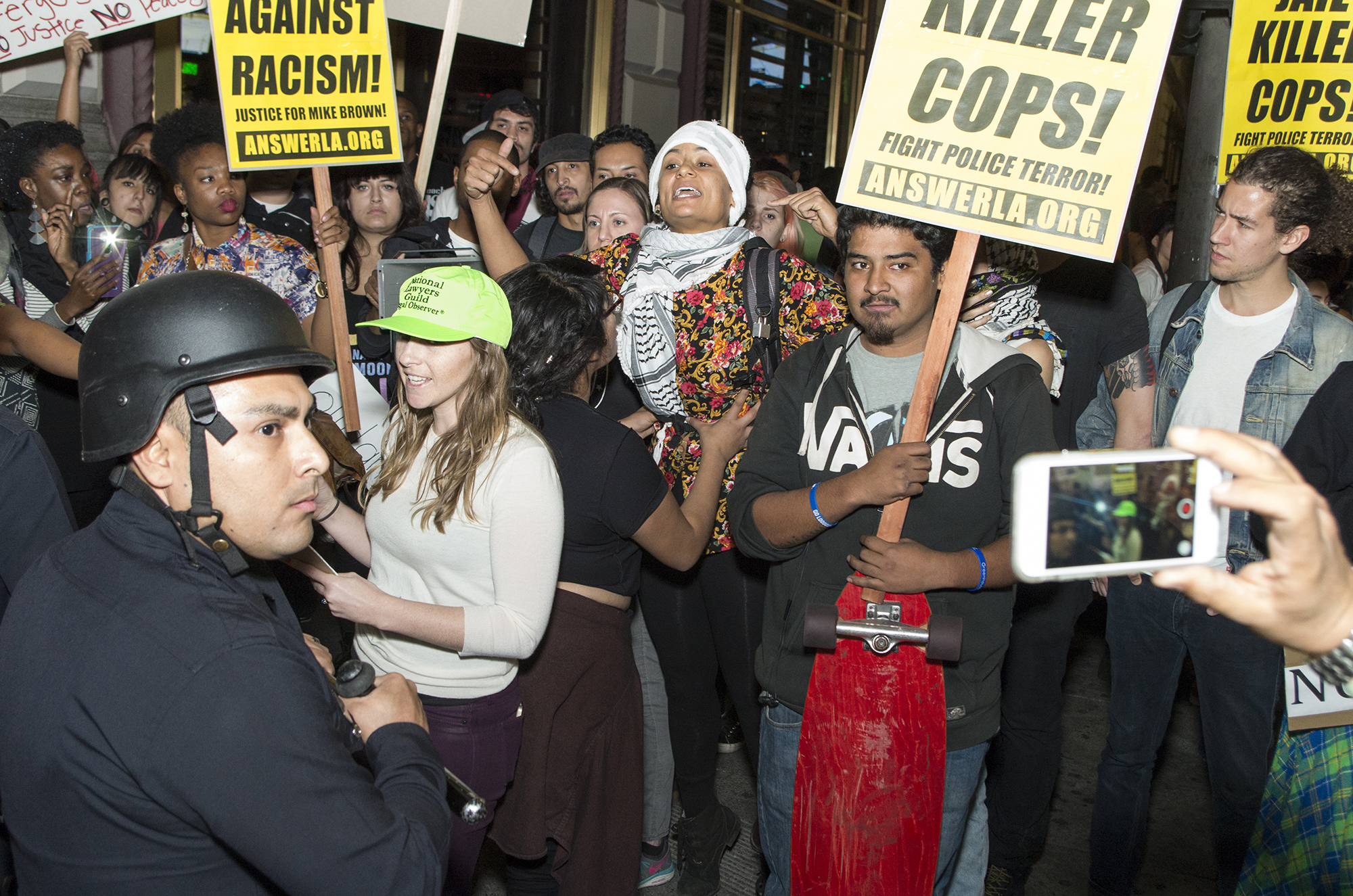 Protesters of all ages gathered and marched the streets with signs while chanting in Downtown Los Angeles on Wednesday, Nov. 26.

The Missouri Grand Jury’s decision to not indict Ferguson Police Officer Darren Wilson for killing suspect Michael Brown is what led to the protests.

Protesters came face-to-face  with the Los Angeles Police Department and clashed at times. After settling the protesters, LAPD sent busses to transport over 90 of them who were arrested by the tactically equipped officers on Hope and 6th St. No unlawful assembly was called.