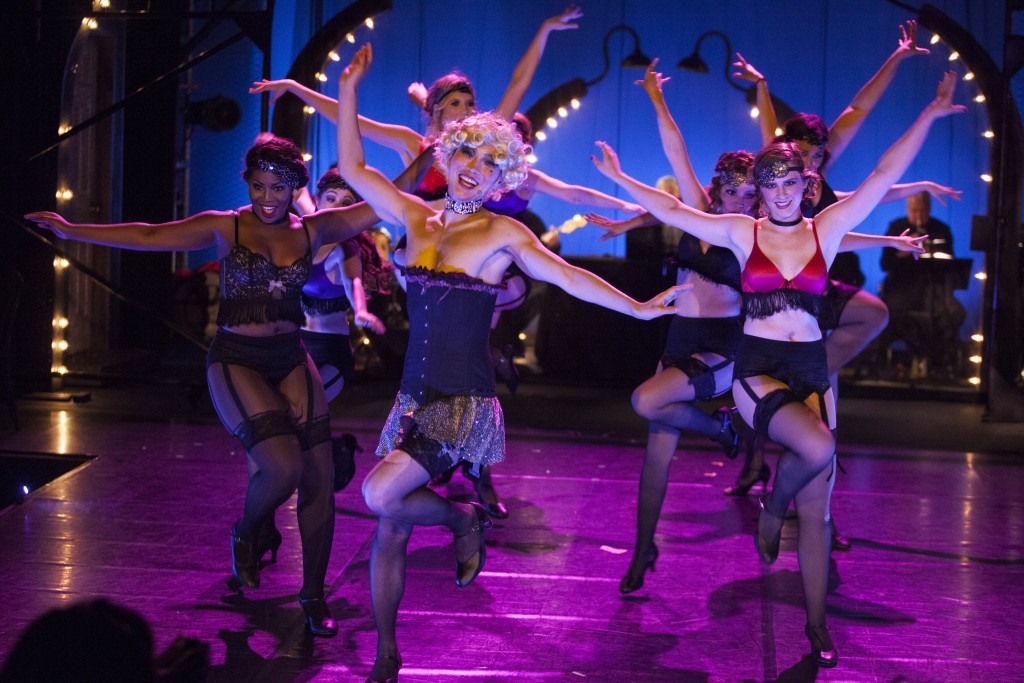 Pierce College Theatre’s fall production brought enough debauchery for the whole school on opening night. “Cabaret,” a musical set in Nazi Germany with music written by Broadway legends John Kander and Fred Ebb, is a classic that reminds us there’s no escaping a desire to escape.

The production’s pinpoint casting and Gene Putnam’s fearless direction light up the campus. It’s both a provoking and transporting experience, planting the fourth wall well beyond Pierce’s Performing Arts Center.

Dualities unfold as the story sings along, and the lighting, coordinated by Ellie Rabinowitz, drives the serenade with velvety hues that smother the stage and a blinding light from a locomotive in the distance.

Michael Beck, who plays a globetrotting American writer with wandering aspirations, hops on a train to Germany hoping to find enough inspiration to write his novel. Beneath the gargantuan Scott Aaronson, who plays an amiable businessman that’s outed as a fearsome Nazi go-fer, Beck fights, after he’s duped by the Nazi’s nonchalance, for the stage and his conscience.

Beck’s character, Cliff Bradshaw, is leached by a coke-snorting harlot, the seedy club’s spotlight star played by tornado-on-a-stage Michelle Hallbauer. Her glitz is emphatic. She mentions her uncounted abortions in passing. Her listless binges swing from home to home. Cliff tries to make a wife of her.

Matt DeHaven plays an upbeat, sing-song Jewish widower who pines after Beck’s landlord played by Katie Watts-Whitaker. Their onstage chemistry is heartwarming. DeHaven slips seamlessly into the lively role, and Watts-Whitaker illuminates a struggle between her steadfast reluctance and yearning to have someone with whom to share her room.

The band is a key feature in the production and its conductor, Pierce music professor and Conductor of the San Fernando Valley Symphony Orchestra James Domine, brings life to the music and the stage.

With finals looming over the stressed out shoulders of Pierce’s students and staff, the Theatre’s “Cabaret” offers a solid and welcome opportunity to trade a few hours of grinding into textbooks for risqué hilarity and songs audience members will still be singing on the way home.