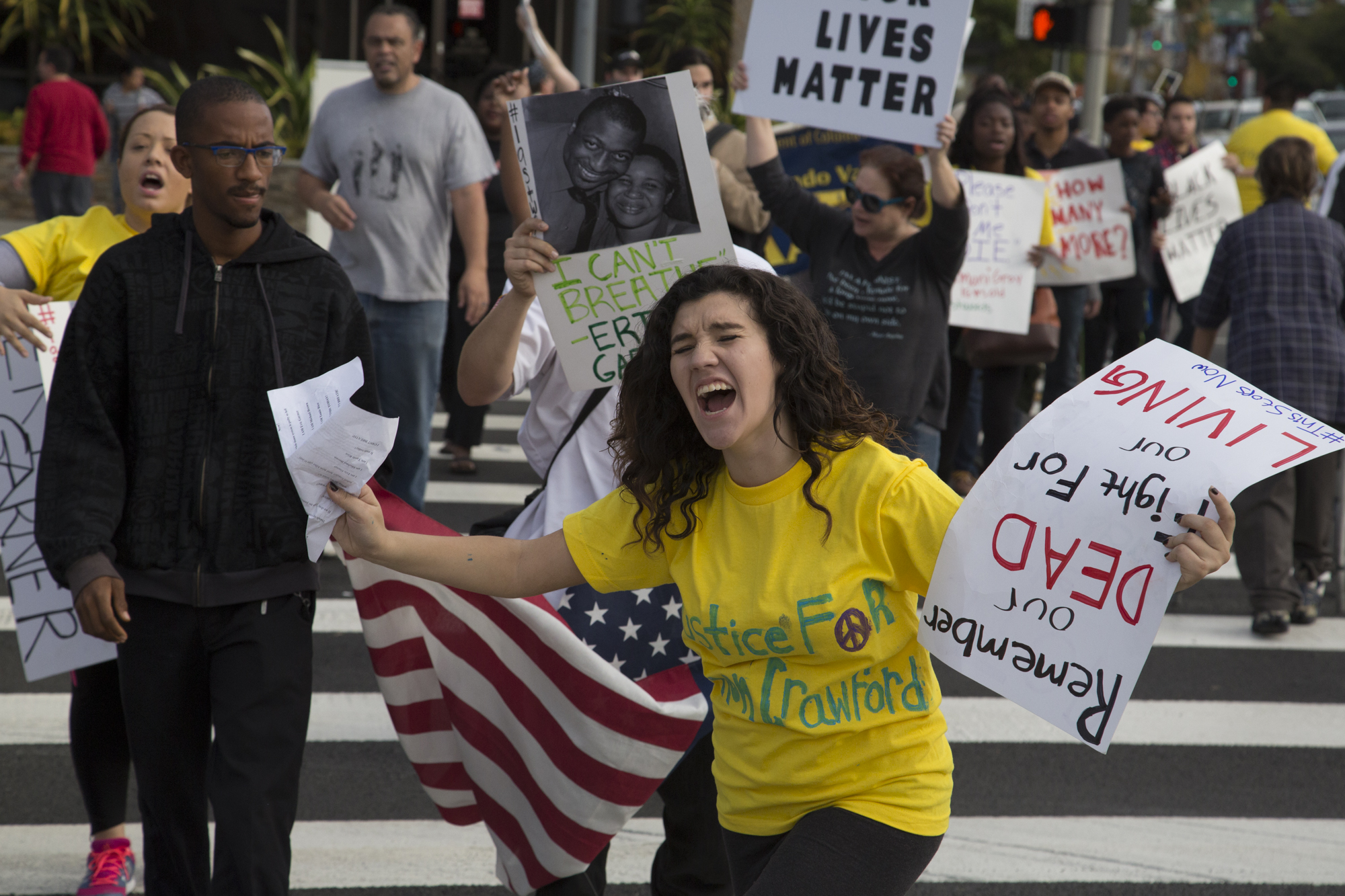 “My main goal of this is to show the students that they really do have a power with their voice, and with their minds,” Fonseca said. “By all of us coming together, we can bring this issue into areas where many of them don’t need to directly face it.”

McKeever led the group with chants of “we must breathe,” in reference to Eric Garner, a 43-year-old man who died after a New York Police Department officer choked him in a headlock.

“I know I’m tired and I know you’re tired too,” McKeever said. “I see the fatigue in my students faces, and I want to see hope again. I want to be part of hope again.”

Word also yelled “no justice,” and protesters responded by yelling “no peace.”

When the group arrived in Van Nuys, the group stood outside a local cafe and voiced its support for those who lost their lives to police brutality, and those who were victims of racial profiling. The protesters crossed each intersection on the way, and continued to cross back-and-forth, multiple times, holding signs as cars honked in support.

Once across the street, the protesters dropped to the floor, and laid on the concrete for four-and-a-half minutes to honor the four hours Michael Brown’s body laid on the street in Ferguson, Missouri, after he was fatally shot by police officer Darren Wilson.

Word rallied the protesters with a megaphone to express his fear of law enforcement.