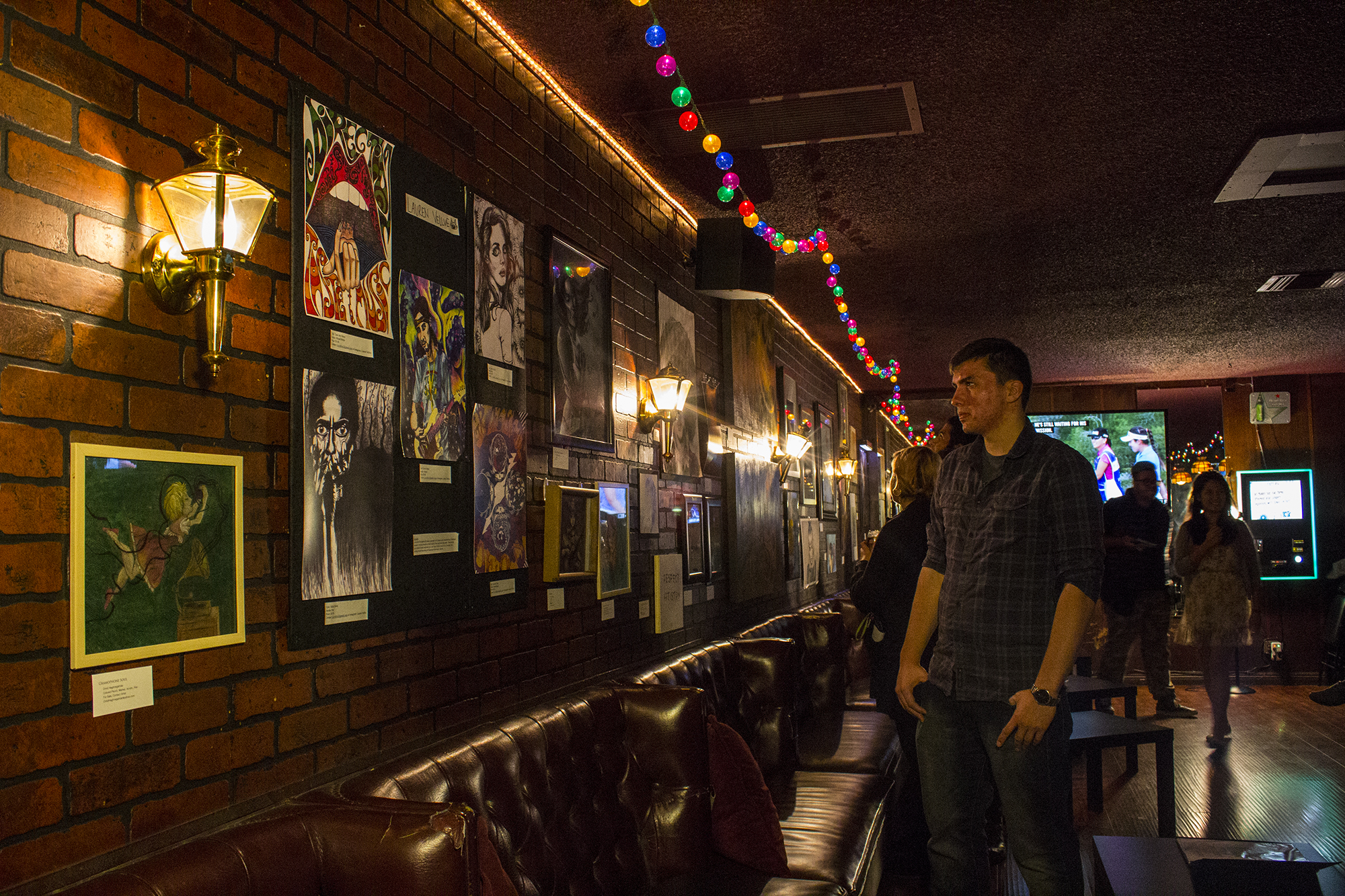 Reseda bar The Bunker held its third art show during the “Melody of Life” event, where Pierce College and California State University, Northridge students had the opportunity to display their work.

The event was held by Pierce student Aimee Malgapo. This was Malgapo’s second art show at The Bunker. The show’s theme was inspired by music, with photographs and paintings of various artists and messages displayed across the walls.

An artist herself, Malgapo brought her own work to showcase at the event as well.

“I haven’t hung them up yet, but I use color pencil, watercolor, graphite and charcoal,” Malgapo said.

Event coordinator and bartender at The Bunker, Geg Nartates, said that they are “really trying to push for the San Fernando Valley arts.”

Aside from art shows, Nartates said that the venue has also put together various performances and events.

“The big thing about The Bunker is that we are trying to bring locally-driven artists together at least once or twice a month so that they can come out and showcase their talents,” Nartates said.

First-time visitor, Ken Erbeznik, heard about the event via social media and decided to check it out.

“I’m impressed by the quality of the work, but even more impressed that The Bunker is providing an opportunity and a place for local artists to display their work,” Erbeznik said.

Erbeznik is one of the directors of a local group called The Reseda Renaissance, a guild of local artists in the San Fernando Valley.

“We’ve been trying to use the arts as a way to reinvigorate the community,” Erbeznik said.

Lauren Vellve, an artist who also participated in the event, recently sold one of her paintings that same night.

“It was so exciting,” Vellve said. “I sold a Miles Davis one, and the guy I sold it to was super into Miles Davis. I was proud to sell it to him.”

Vellve also gave her take on the relationship between music and physical art.

“Every time I draw I am always listening to music,” Vellve said while describing the show’s theme. “Music and art go hand-in-hand for me.”

Most years, the September Pierce College campus would be buzzing with lively conversation and students running from class to class. But this is 2020. And the...
Read more
Featured Stories

While stalker-killers and fatal car accidents may not seem like humorous subject matter, Lauren Yee manages to blend these perverse topics with whimsy and...
Read more
MORE STORIES