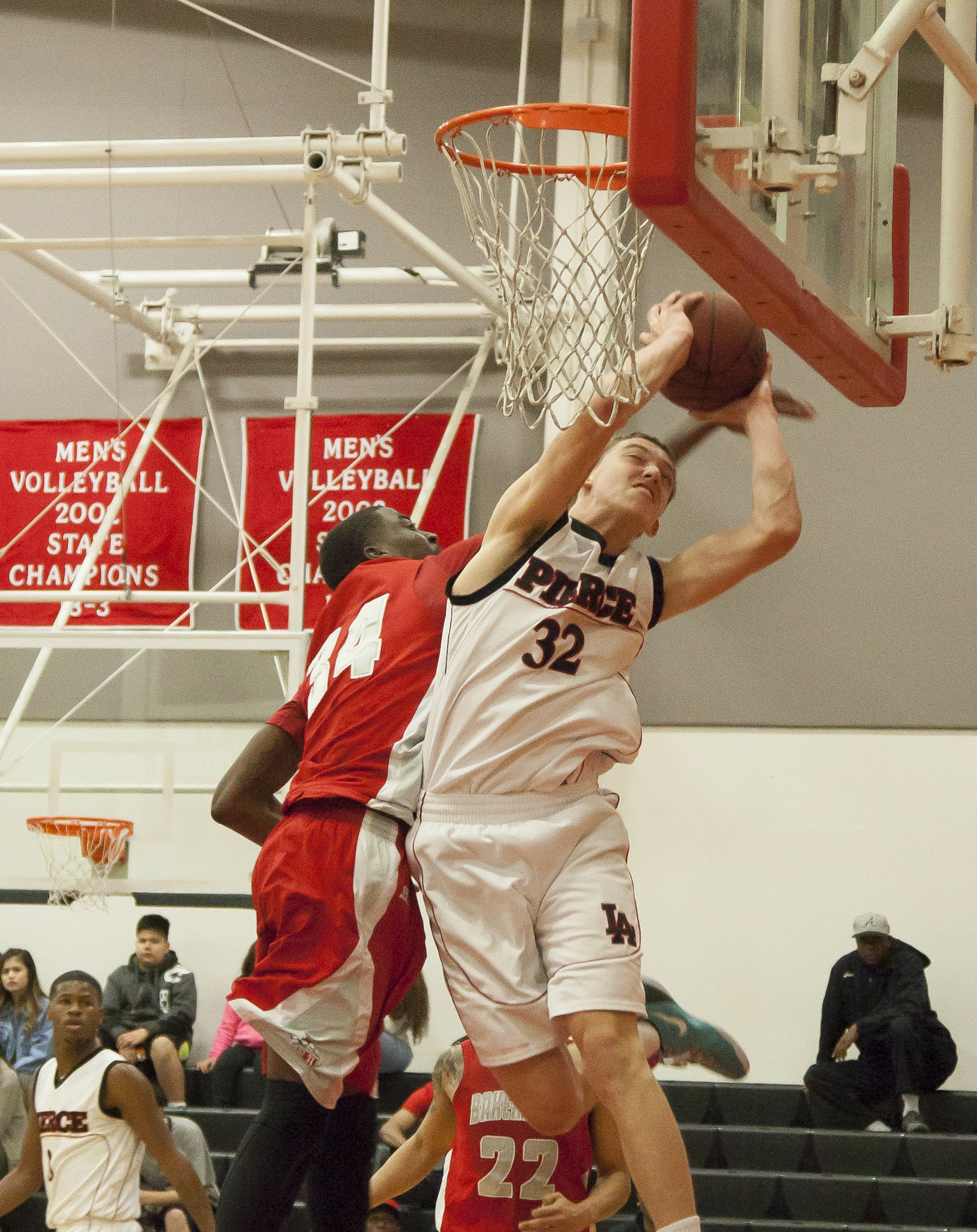 In a playoff-defining game, the Pierce College men’s basketball team played neck-and-neck the entire time and beat Bakersfield College in overtime at home on Wednesday, Feb. 25.

The Brahmas were crowned co-champions of the Western State North Conference, sharing the title with Cuesta College and Allan Hancock College.

In a first round buy-in game, Pierce faced Bakersfield, which had an 8-6 record before the playoffs, and won 95-92.

Pierce and Bakersfield traded leads throughout the game, and with 13.7 seconds left Pierce trailed 76-75. Pierce tied the game at 77-77 to push it into overtime.

“With all the difficulties we’ve had all year, winning conference title, winning a big game like this against a good team, it means a lot,” said head coach Ed Babayan.

Despite all of the excitement from the win, Babayan already knew what his team had to do to defeat Saddleback College in the second round of the playoffs.

Team co-MVP Trey Archambeau had 17 points in the game and six rebounds. Aware of the size of saddleback’s players, Archambeau has his techniques to prepare for Saturday’s game.

Pierce had many standout players throughout the season, but the team won as a team, not as an individual.

“They have their days where they just decide they want to be the best team on the court, and they do whatever it takes to be that team,” Babayan said.

Pierce will face Bakersfield on Saturday in Mission Viejo, Calif. Tip-off is at 7 p.m.