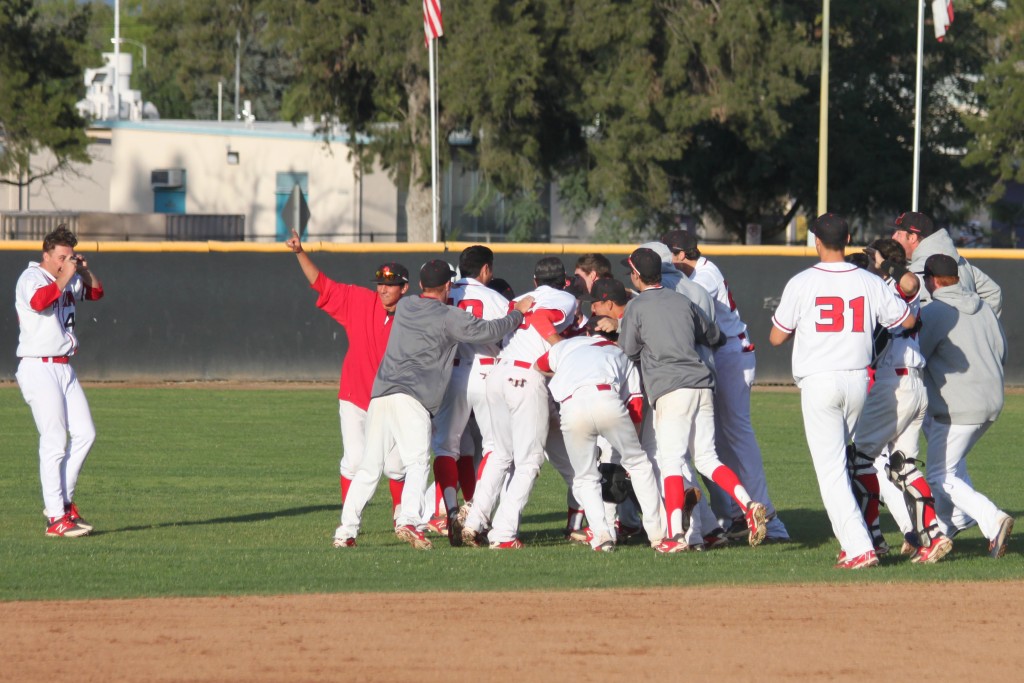 The Pierce College baseball team extended its win streak to four games after a victory against Ventura College on Tuesday, March 2 at Joe Kelly Field.

The Bulls won with a walk off single in the tenth inning to defeat Ventura 3-2.

“I think our team chemistry is starting to finally pick up and it’s really working for us,” said freshman left-handed pitcher Derek Galvin.

The players’ confidence has boosted with their recent success, but head coach Bill Picketts doesn’t want them to settle.

“We’ve been playing well for the last three games. So hopefully they don’t get complacent,” Picketts said.

The game remained scoreless until the fourth inning when Ventura scored the first run, but in the bottom of the fourth sophomore infielder Angel Cruz tied the game 1-1.

The pitchers for Pierce were the key players.

“[Sophomore pitcher] Elliot Keene came in and shut the door and got the game,” Picketts said.

The Bulls were trailing 2-1 until Cruz scored a run in the bottom of the eighth to tie the game.

It was tied 2-2 going into the tenth but sophomore infielder Quinn Conley had a clutch hit and was the hero of the game.

“It was a great team win honestly, I was lucky enough to come to situations where I could help my team,” Conley said.

The Bulls are 8-9 on the season and look to win their fifth straight game at home against Santa Barbara City College at 2 p.m.