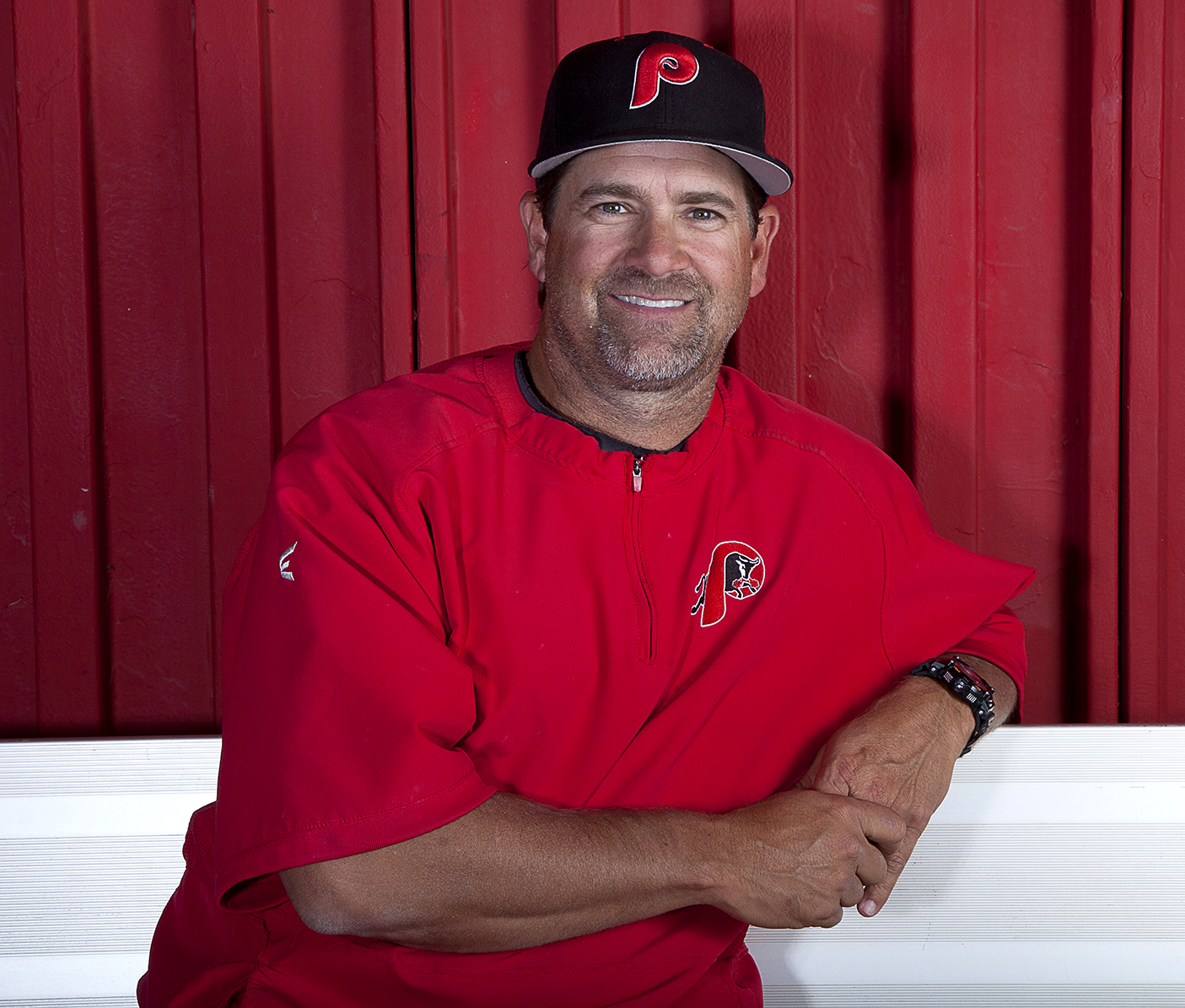 He’s a coach and a family man that has been married to Eden Picketts for 22 years and has two kids, Jake and Will.

“It was sort of a serendipitous event. I wouldn’t say it was dumb luck, but it was fortuitous,” Picketts said.

When a spot opened up at Pierce, Picketts left College of the Canyons and was assistant coach for Bushart in the spring 2014 season.

Picketts was assistant baseball coach at COC for 16 years, where he also played in 1987-88.

“That wasn’t the most exciting place, but it was a good experience,” Picketts said. “Back then, going to junior college was, I don’t want to say an honor, but it was something that you were okay with. But now it’s a little bit different. Kids and parents think it’s beneath them, which is unfortunate, but it’s a wonderful platform to get to the next level.”

Picketts is a good example of a junior college player who went to the next level.

As a player, Picketts was an outfielder at California State University, Long Beach and played in the 1989 College World Series with them.

As an infielder, Picketts was drafted by the Oakland Athletics association in 1990 and played with them for three years.

“I learned more about the game of baseball in those three years,” Picketts said. “But I learned a lot about coaching when it came to LB state. The coach at LB state [Dave Snow] was an excellent coach. All of my coaches were good, but he was really good. Some of the things I use here I learned from him.”

Picketts was an assistant coach for so long that he said he could have written a book.

The amount of baseball knowledge he has is palpable and his demeanor makes him well-respected by his players and assistant coaches.

Willie Cabrera is one of the assistant coaches for Picketts. Cabrera has coached at the junior college level for one year and played baseball at Pierce in 2005-06.

He agreed that Picketts is unlike any coach he’s had experience with.

“Growing up I’ve had coaches that get in your face and yell,” Cabrera said. “But he’s not that type of coach, he’s the type that really talks to you.”

Picketts’ unique style of coaching isn’t the only thing that has earned him the respect his team gives him.

“It can be a number of things,” Cabrera said. “But I think the one thing that stands out is that not only is he a coach, but he’s more of a mentor, more of a talkable coach. You can come up to him, talk to him, and he’ll have a conversation with you and he’ll try and figure it out with you right there and then.”

Before the season started, Picketts’ ability to handle the responsibilities of a head coach was tested. He lost all five of his veteran players who were on last season’s playoff team. Three of the players were lost to injuries, one to ineligibility and one transferred to a four-year.

Pierce baseball assistant coach Eric Bloom has been coaching at this level since 2011 and has worked at Pierce since 2012. Bloom said that despite the loss of five key players, Picketts proved he could overcome adversity.

“He’s done a good job,” Bloom said. “It’s tough. We always talk about dealing with adversity, and as a head coach he’s had to do that right off the bat, losing our number one and two pitchers to arm injuries. So it’s been kind of a scramble early. Now things are starting to smooth out and the players are playing well.”

Bloom said Picketts was “the right man for the job.”

“The best thing about his coaching is his everyday willingness to do whatever it takes,” Bloom said. “He’s out here working on the field, doing fundraisers, and has the ability to really make sure his team is prepared. We haven’t gone into a game not ready for what’s about to happen.”

Before becoming a head coach, an assistant coach or even a player, Picketts was a kid and a baseball fan. He still remembers the first Major League Baseball game he went to.

As the season progresses, Picketts wants to build a program that focuses on more than just the team’s immediate success.

“My plan is to have a program where I could get all of these kids to the next level. That’s really the only goal I have,” Picketts said. “So if we end up not being successful as far as wins and losses, and I get all of my kids on to the next level, then I’ve done my job.”

Picketts’ life as a player and a coach has spanned decades, but his wife has been there every step of the way.

“I wouldn’t be able to do this without her,” Picketts said. “She’s been supportive of me since I started this.”

If a Division I job opened up, Picketts said he doesn’t know if he would take it or even want it, because to him it’s not all about wins. At this level, he can make an impact in other ways.

“This is what I wanted to do,” Picketts said. “Is it a dream? I guess you could say that it was. I wanted to be a head coach. I love this level. I love the fact that I can have an impact on the kids’ lives to go some place else after I’m done. I love being here. I enjoy being the head coach.”