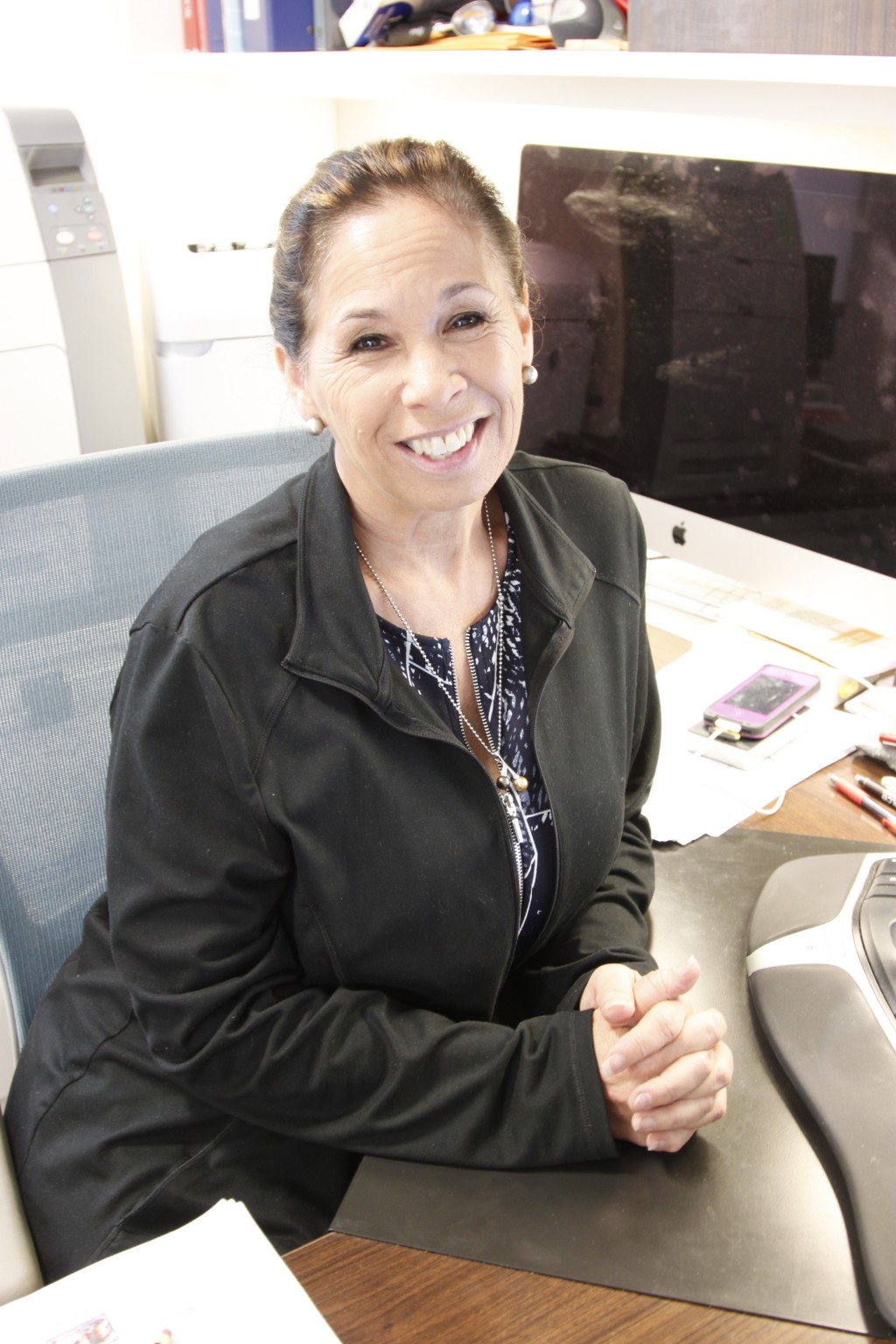 As the Department Chair of Political Science, Economics, Criminal Justice and Chicano studies, Kathy Oborn spent over thirty years as both a student and teacher at Pierce College.

Born in Woodland Hills, Oborn graduated High School in 1972 and worked at a Los Angeles bank for several years. Oborn went on to serve as an officer with the Los Angeles Police Department from 1983 to 1990.

In 1981, Oborn worked in different offices on campus, and was the Ethnic Center coordinator. As coordinator, she set up different activities for various ethnic groups on campus, such as Black History Month events.

It wasn’t until a fellow classmate told Oborn she’d make a great police officer that she actually considered the criminal justice field. At 29 years old with four children, she had her first experience with the law and decided to join the police.

Oborn completed a six-month program at the original Police Academy located by Dodger Stadium and had her first job at the 1984 Olympics. She then worked in Administrative Vice & Narcotics until an injury placed her back in school.

When she recalled her most memorable moment as a police officer, Oborn spoke about a heroin-addicted teenager who she advised to get help when she wrote his report. Months later, the teenager approached Oborn on the street to thank her for her encouragement to make a change.

When Oborn reflected  on why she became a police officer, she said it was the desire was to help others.

“ I wanted to make a difference, although it is hard because not everyone wants to help,” Oborn said.

Oborn stressed the importance of how she wanted her children to grow up in a house and wanted to attain a better lifestyle. The only way to do that was to attend Pierce College and get a degree.

As a student at Pierce, Oborn was heavily involved in many school activities, such as the Student Senate and Club Council, and she was also elected student vice president.

In 1992, she received a bachelor’s degree in sociology in from California State University, Northridge.

Oborn’s hunger for education didn’t end there. In 1994, she received a master’s in educational psychology and counseling, as she wanted to become a counselor and return to Pierce College to “give back and allow students to have the great experience she had.”

While she pursued her degree, Oborn worked in the Outreach Program and Training Partnership Act Program at Pierce College for four years. She worked with people who had lost their jobs and helped them learn skills to attain new ones.

Hired as Dean of Student Services in 1994, Oborn served in this position for eight years. She oversaw the Associated Students Organization and was the international student advisor.

“Before 9/11, we had over 600 international students and had an incredible program,” Oborn said.

Passionate about all things criminology, Oborn took pride in the courses offered at Pierce.

“We have one of the best criminal justice programs as we have great faculty, a judge who is a superior court judge, a deputy district attorney and a couple lawyers,” Oborn said.

Oborn emphasized the importance of responsibility to the police department.

Oborn is a mother to seven children who range from 24 to 39 years old. One of her sons joined the Marines and fought in the Fallujah War in Iraq. Oborn described the time as “ tough.”

“It wasn’t fun, but he made it back safe,” Oborn said.

Oborn gave thanks Pierce College for where she is today. She’s the chair of four different disciplines and became the president of the Pierce Academic Senate when the previous president moved to New York.

“We’re an academic program,” said Oborn, as she discussed the criminology courses at Pierce. “We’re not a career and technical education program, because to be a police officer, you have to make it through a police academy.”

Kim Rich, A Criminal Justice Professor at Pierce College said “I’ve known her since 2008, she hired me.”

“As a department chair she’s been very good to me, very accommodating and is very supportive of the department, the disciplines and the people,” Rich said. “Students often tell me how much they love her and her classes.”

Oborn spoke about her annoyance at the thought of classes being non-transferable and took the old criminal justice classes and ensured they were Cal State-transferable so students wouldn’t waste time or money.

Oborn had experienced that in the past when transferring her credits to a four-year college.

“Our program is different from most because we look at the psychology of the criminal justice system, meaning the ‘three Cs – Cops, Courts and Corrections,’” Oborn said.

Within the past eight years, 16 students have ended up at law schools to further their educations, and others in various different areas such as social work, private security, or working at the DMV.

“She seems to care a lot about her students, and lets us know how she can help us out. She’s a professor who is really interested in our education and how we are treated as students,” said Octavio Sanchez, a student of Oborn’s administration of justice class.

When asked why students should consider the criminal justice field, Oborn said that it is a study that continues to constantly evolve.

“The Criminal Justice world is so similar to that of journalism, it’s always changing, and there’s always something new,” Oborn said.