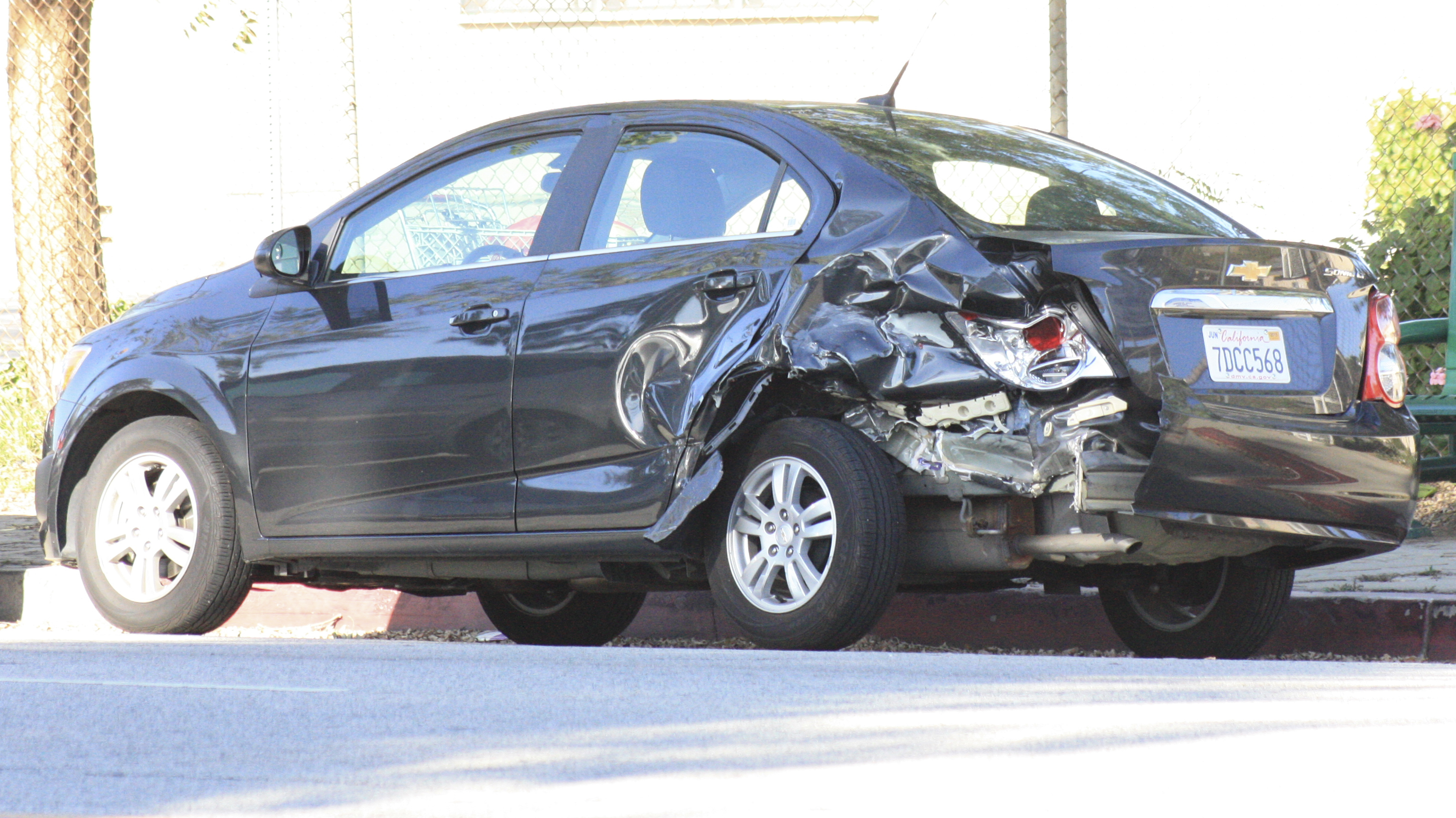 A two-car crash occurred shortly before 5 p.m. Monday at the Winnetka entrance to Pierce College.

The cause of the crash was unknown, but a grey Chevy Sonic involved sustained heavy damage to its rear. The other vehicle, a white Jeep, had a flat front-right tire and damage to the right turn signal.

Deputy Al Guerrero was on-site with the driver of the white Jeep involved in the crash.

“[It was a] two-car accident off-campus, at Brahma Drive and Winnetka,” Guerrero said. “No injuries reported.”