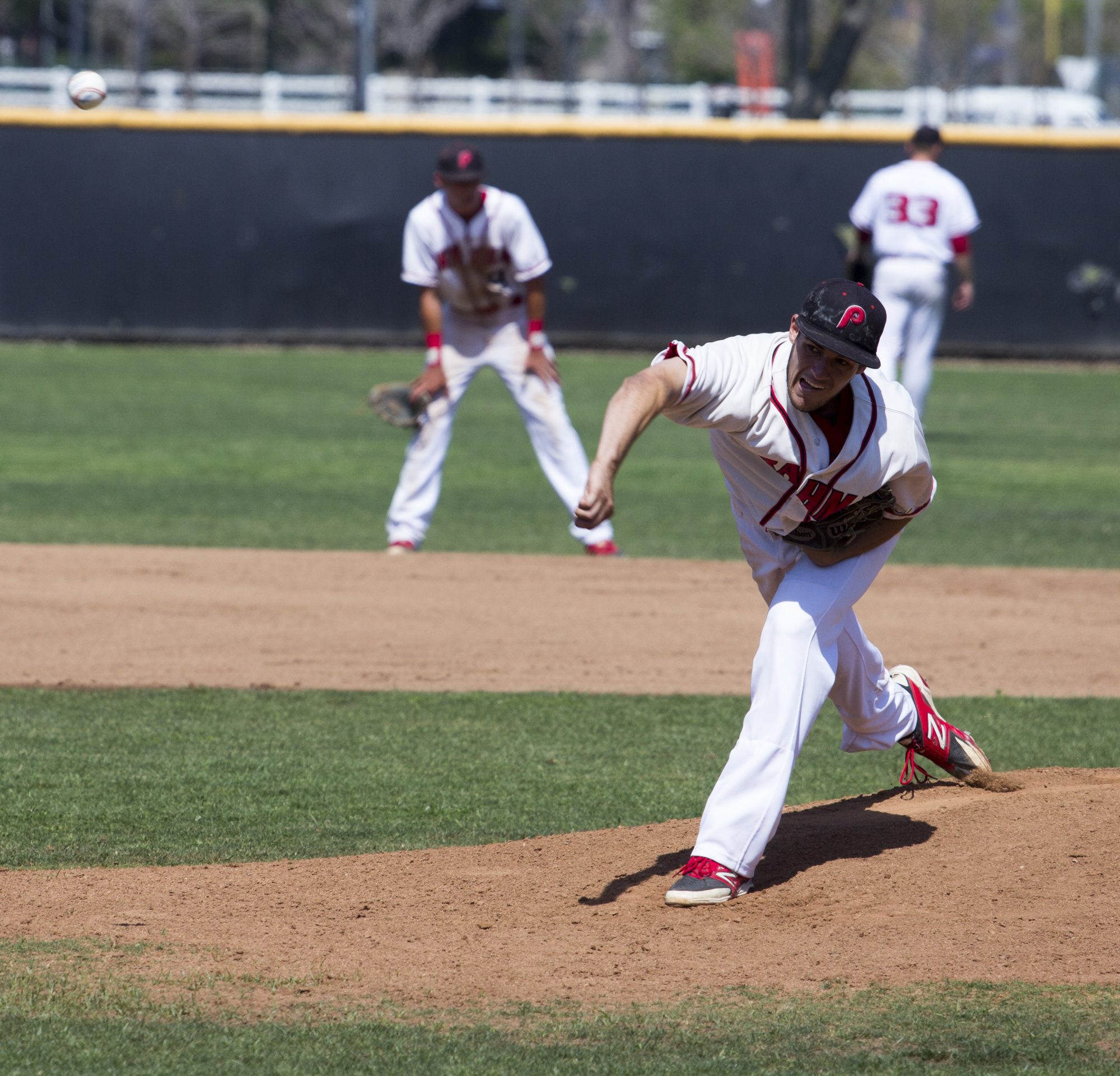 Despite impressive pitching performances, the Pierce College baseball team extended a losing streak that dates back to April 2013, to 10 games against Oxnard College at home on Saturday, March 21.

The Bulls faced the Condors in Oxnard on Thursday, March 19 and lost 3-2.

Oxnard didn’t waste any time and put three runs on the board in the top of the first.

The Brahmas quickly answered back with a run of their own in the bottom half when third baseman Quinn Conley picked up his first RBI of the game with a single to left field.

After a rough start to the game, Peters bounced back and realized what he did wrong at the game’s beginning.

“I left some balls up in the zone in the first and they capitalized, which is what a good team should do,” Peters said. “In the second inning, I really just focused on getting outs and I was fortunate to go pretty deep into the game.”

Peters was an everyday infielder last spring, but was thrown into the rotation this year when Pierce’s number one and two starting pitchers both underwent season-ending Tommy John surgery.

“He came out and did his job,” Picketts said. “He kept us in it, and that is exactly what we needed him to do to have a chance at winning this ball game. Unfortunately, our pitching staff isn’t as strong as it could be because of injuries, but we just have to overcome adversity moving forward.”

In the top of the seventh, Oxnard threatened early with runners on first and third with only one out.  Picketts made a call to the pen and brought in reliever Elliot Keene. Peters finished the day with 6 ⅓ complete, 3 earned runs, three walks, three strikeouts and six hits. Although he limited the Condors through the middle innings, the bullpen couldn’t do the same.

The first batter Keene faced was sophomore left fielder Jerrett Maas, who belted a two-run double to right field to give Oxnard a 5-1 lead.

Pierce rebutted with two runs of its own when Quinn Conley cashed in his second and third RBIs of the game on a triple to deep center.  With momentum on its side, Pierce was back in the game going into the last two innings but left runners on base.

In the bottom of the ninth with two outs, Pierce put pressure on its visitors yet again.  This time with the tying run on second base and its cleanup hitter at the dish.  The batter, Christian Mercado, had a prime opportunity to even up the game at five apiece but grounded out to the pitcher to end the contest.  The Condors closed the door on the Brahma’s potential late-inning heroics and also extended their impressive winning streak.

“We battled. We competed,” Picketts said. “That’s all I can ask from our guys and that’s what they did today. Oxnard is a good team and they’ve been giving us a tough time for the past ten games we have faced them. All we can do is learn and move forward.”

Oxnard head coach Jon Larson thanked his gameplan for the win on Saturday.

“We are a small ball type of team,” Larson said. “We like to bunt and move guys over and put runners in motion. Anytime the pitcher gives us an opportunity to steal, we take it.”

The Brahma’s look to bounce back from Saturday’s loss as they take on Moorpark College at home on Tuesday, March 24 at 2:30 p.m.