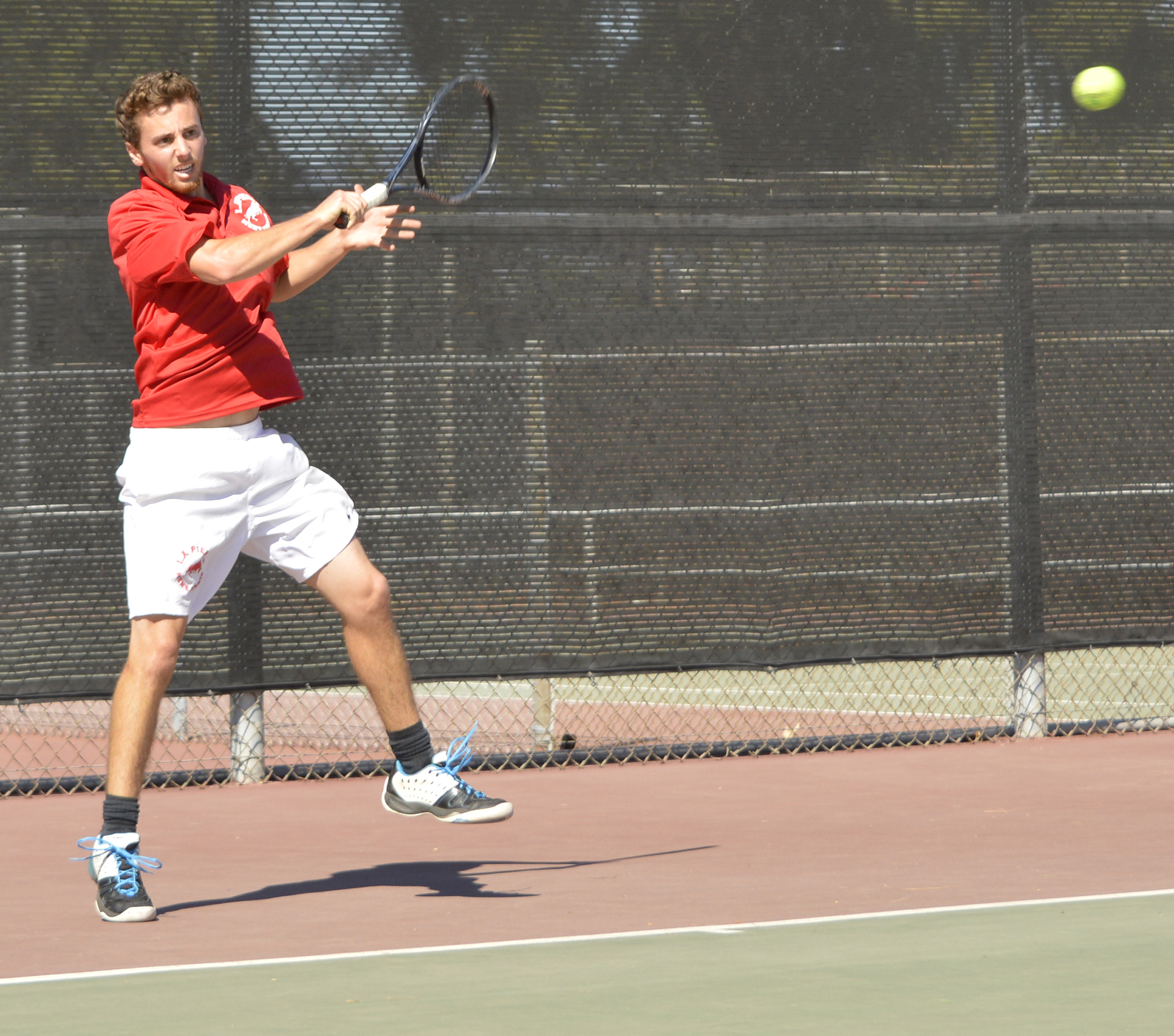 A lack of belief led the Pierce College tennis team to lose it’s final match of the season and end the season with only two wins.

Brahma freshman Artiom Dimitriev won the only singles match against the Pirates’ top player. Dimitriev explained that his teammates were capable of a successful season.

“I think they need to believe in themselves,” Dimitriev said. “I want them to know that they are way better than they think they are. They should practice and play more so that they can keep improving.”

After the singles matches, the team had an opportunity to redeem itself during the doubles matchups. After the series of doubles, Orange Coast defeated Pierce 3-0.

Pirates’ head coach Chris Ketchum explained how the two teams have been affiliated for many years.

“Pierce has always been strong,” Ketchum said. “They beat us the last two years, and we’ve beat them a couple of times before that. It’s always a good match to play.”

Ketchum knows that although his players are dedicated to the sport, their education is what comes first.

“Practicing in the morning before a match would be ideal,” Ketchum said. “The problem is that they are all full-time students, so most of them have their classes at that time. The best we can do is get here early and really try to utilize our time,” Ketchum said.

Pierce head coach Rajeev Datt explained how during a non-conference match, the teams will continue to compete until the end, regardless of the score.

“Since this is not a play-off match, we will play through no matter if the team has won or not,” Datt said. “This is essentially to give the guys good practice playing under pressure. It’s also for potential rankings as well.”

Datt said that despite the team’s loss, his players have improved greatly since the beginning of the season.

“I’m really pleased,” Datt said. “All of them are improving at a different pace, but that’s really all I’m looking for. Over here it’s academics first and then tennis. All I can hope is that they get some place good in life.”