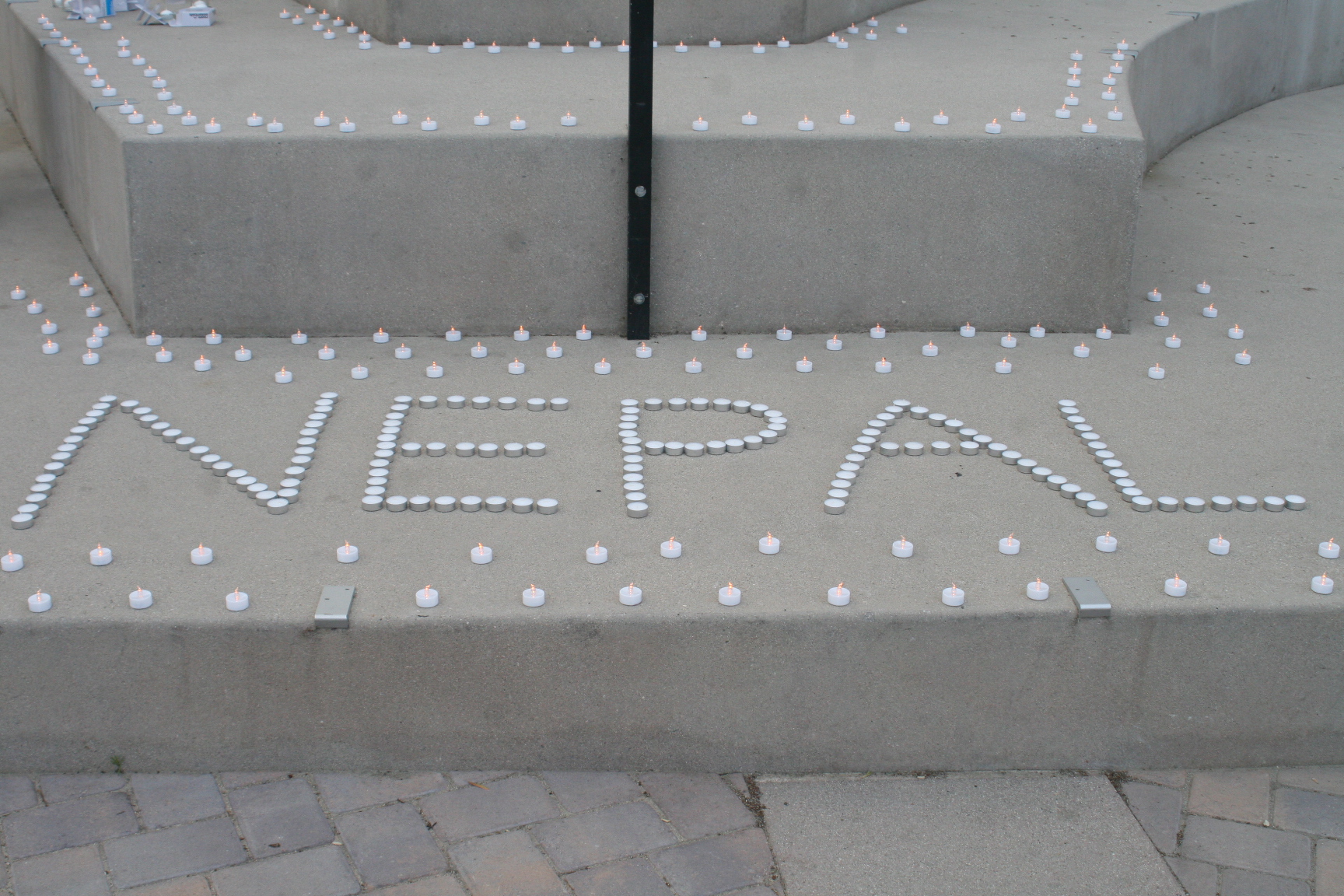 The Associated Student Organization hosted a candlelight vigil this week to collect and encourage donations in support of the people affected by the recent earthquake in Nepal.

The event lasted for three hours and culminated with the lighting of candles. Treasurer-elect Roxanne Keramati, chair of the community welfare committee, led in the organization of and preparations for the Thursday, May 21 function.

“We’re reaching out to Nepal,” Keramati said. “We’re allowing people to light candles in awareness and we’re collecting donations that will be sent through the Red Cross.”

Pierce sophomore Tosh Sharma, a native of Nepal, stopped by the event and said he is grateful for the support of his country.

“I’m from Nepal and the earthquakes there were devastating,” Sharma said. “It makes me feel good to know that the school I go to is supporting where I come from.”

Charles Zabala, ASO senator for the English department, said he wanted to make sure students are aware of what’s going on, and are included in the earthquake relief efforts.

“We want the students to be knowledgeable about what’s happening in their environment and in society,” Zabala said. “We represent students and we want to make sure that they are a part of this.”

According to Zabala, the organization reached out to the Pierce community through every means at its disposal to promote the vigil.

“We went through [Club Council President] Barbara Lombrano and the Club Council, we also sent out flyers and used word of mouth to tell people about this,” Zabala said.

Visits to the display were sporadic, but those who attended were encouraged to donate or light a candle. Keramati said she was enthusiastic about the support the event received.

“We’ve already collected over $50 and we’ve only been out here for about an hour,” Keramati said. “More than anything, it’s important to create awareness, even if you don’t donate. It’s important to be aware of what’s going on around the world.”

The weather caused trouble for the event, as high winds repeatedly blew out the tealight candles that were laid out to spell “Nepal.” ASO members resolved the issue by putting the candles in clear plastic cups.

“It’s windy but at least it’s not raining,” Zabala said.

Keramati understands that it is hard for some to conceive the magnitude of what’s going on in Nepal and used this an opportunity to strengthen humanity.

“It’s difficult for us here to conceptualize something that’s happening so far away,” Keramati said. “We’re all human and it’s really important to help each other out.”